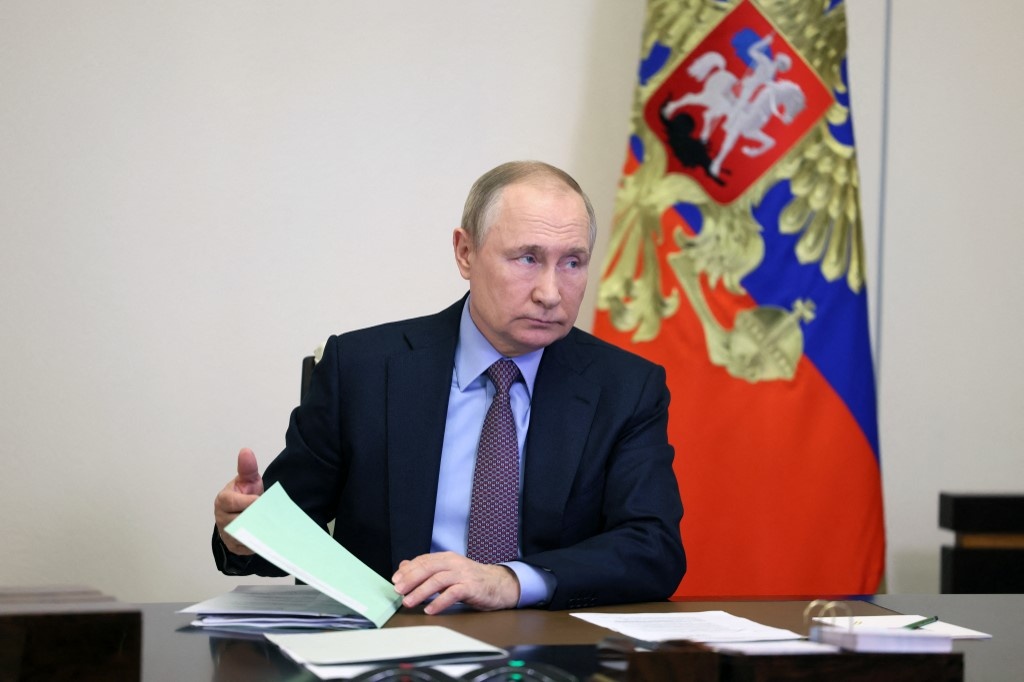 Humiliated by Russia’s battlefield routs, Vladimir Putin faces risky choices: dig in for a long fight, escalate — and risk seeing the conflict spiral out of control — or seek a face-saving path to talks that Ukraine has so far dismissed.

The decision will depend largely on how the war progresses as winter settles in, with analysts warning of a slow grind that could see further collateral damage like the Ukrainian missile that appears to have accidently struck Poland on Tuesday.

For Kyiv, the recent Russian retreat from Kherson was its third victory since the invasion was launched in February, after Russia’s failure to take the capital and the recovery of Kharkiv in a surprise counter-offensive last September.

Their will to fight bolstered, Ukrainians are now eyeing other Russian-occupied territories in eastern Ukraine and Crimea, the peninsula Russia seized in 2014 and which President Volodymyr Zelensky has said must be recovered for the war to end.

But a barrage of Russian missiles targeting civilian infrastructure across Ukraine on Tuesday shows the price will be high if Putin deems talks out of the question for now.

“Historically, Russian authorities never negotiate from a position of weakness,” said Cyrille Bret, a researcher at the Paris-based Jacques Delors Institute, a think-tank.

And with the recent call for 300,000 men to mobilise, “they’re thinking about how they can change the balance of force, with military operations but also diplomatic and economic or even covert initiatives,” he said.

A war of attrition punctuated by Russian airstrikes, for example, could sap Ukrainians’ resolve this winter, when reduced daylight will limit their capacity to conduct operations to claw back territory held by Russia in the east.

“The Russians are in a better state than when they arrived in February in the country, when they definitely were ill-prepared,” a senior Western official told AFP, on condition of anonymity.

“We’re seeing a greater kind of coherence of the overall military approach.”

Despite Ukraine’s claim, many residents on the peninsula want to remain part of Russia, which needs a base of operations for its Black Sea fleet.

“This is an existential issue for the Russian navy and for Russians themselves,” said William Alberque of the International Institute for Strategic Studies.

“Having leverage on Crimea, the deal might be to freeze the battle line here,” he said, noting that if Crimea is taken off the table, “you take the pressure off Russia.”

French President Emmanuel Macron said Tuesday that after talks with fellow G20 leaders in Bali, “the road to negotiations is not incompatible with [Ukraine’s] resistance… there is probably today a larger consensus on this position.”

Macron has said he plans to speak with Putin in the coming days, not least to hammer home a G20 warning to avoid any nuclear escalation of the conflict.

Some analysts also see a shifting stance by the US, whose military support is critical for Kyiv to keep fighting.

Last week, top US general Mark Milley said that military victory may not be possible in the war, saying there is “a window of opportunity for negotiation.”

Negotiations are unlikely, however, as long as the military situation remains in flux, with both sides believing they can still gain the upper hand.

“It is absolutely not in Ukraine’s interest to have fixed battle lines, they want to make gains through the winter in order to be in a much stronger positions next spring,” Alberque said.

Emma Ashford, a senior fellow at the Washington-based Stimson Center, said nonetheless that US President Joe Biden and his administration “must think through the right timing to push for negotiations and at what point the costs of continuing to fight will outweigh the benefits.”

She noted the three scenarios in coming months that could create conditions for talks: further Ukraine advances, a revived Russian assault, or a stalemate.

“What connects all three is that, in each, battlefield outcomes point to a relative consensus around which a settlement could be built,” she wrote in Foreign Affairs in late October.