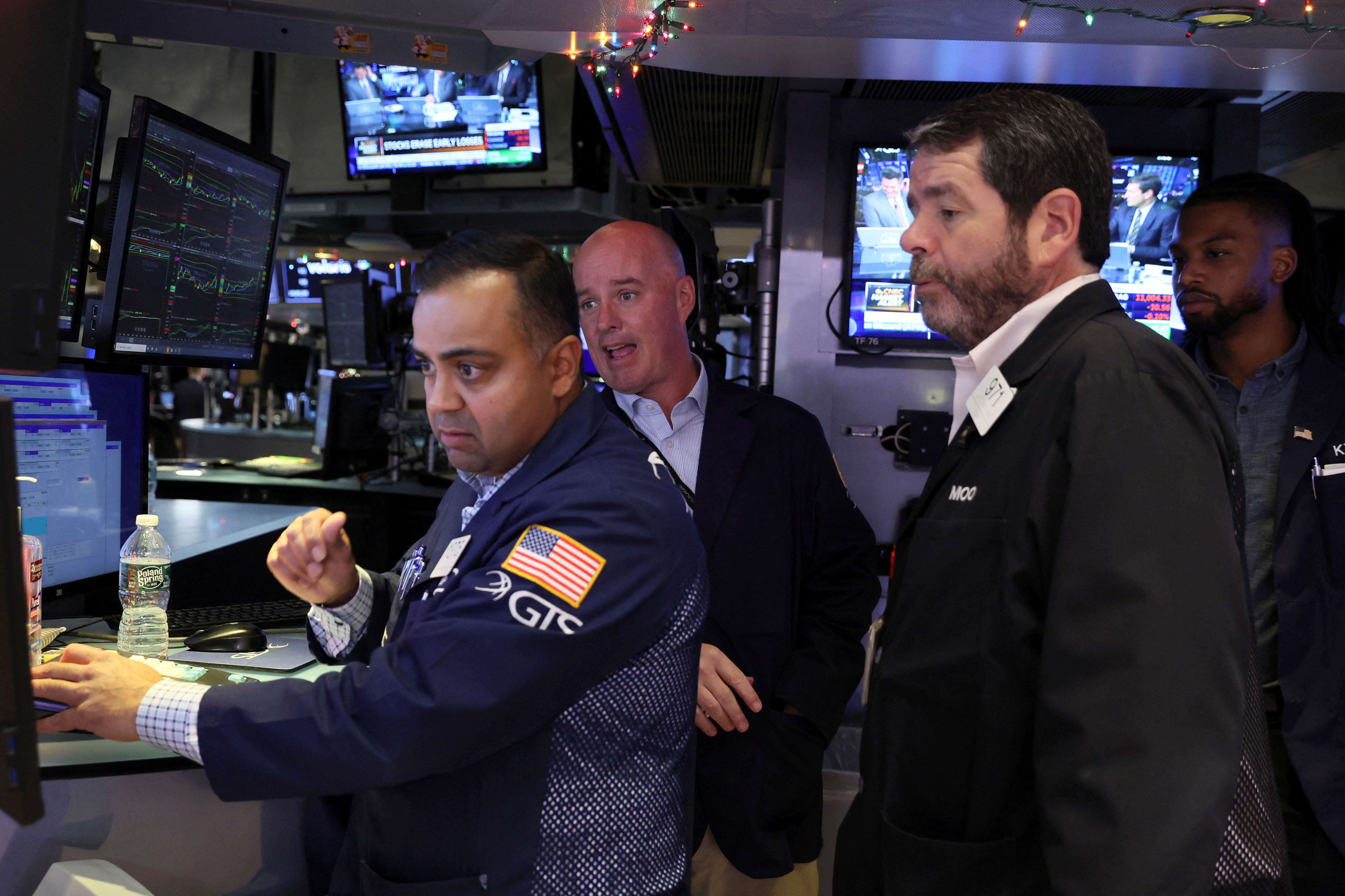 U.S. stock indexes closed lower on Thursday after data pointing to a tight labor market renewed concerns the Federal Reserve will continue its aggressive path of rate hikes that could lead the economy into a recession.

A report from the Labor Department showed weekly jobless claims were lower than expected, indicating the labor market remains solid despite the Fed’s efforts to stifle demand for workers.

Expectations the central bank would further dial down the size of its interest rate increases at its policy announcement next month were unchanged by the report.

Investors have been looking for signs of weakness in the labor market as a key ingredient needed for the Fed to begin to slow its policy tightening measures.

Other data showed manufacturing activity in the mid-Atlantic region was subdued again in January, while data from the commerce department confirmed the recession in the housing market persisted.

“What we are seeing is the market carving out a bottom in the uncertainty so the news is having less of an effect and what we are seeing today is really just a continuation of that,” said Brad McMillan, chief investment officer for Commonwealth Financial Network, an independent broker-dealer in Waltham, Massachusetts.

“The fact we are not seeing more of a reaction says a lot of the bad news is out there.”

Recent comments from Fed officials continue to highlight the disconnect between the central bank’s view of its terminal rate and market expectations.

Boston Fed President Susan Collins echoed comments from other policymakers to support the case for interest rates to rise beyond 5%.

But stocks moved off their session lows after Fed vice chair Lael Brainard said the Fed is still “probing” for the level of interest rates that will be necessary to control inflation.

Markets, however, see the terminal rate at 4.89% by June and have largely priced in a 25-basis point rate hike from the U.S. central bank in February, with rate cuts in the back half of the year. .

Both the S&P 500 and the Dow fell for a third straight session, their longest streak of declines in a month.

Netflix Inc (NFLX.O) closed 3.23% lower ahead of its results scheduled for release after the closing bell on Thursday. But the stock rebounded to gain 3.33% after posting subscriber gains for the quarter and the departure of co-founder Reed Hastings as chief executive to an executive chairman role.

Declining issues outnumbered advancing ones on the NYSE by a 1.49-to-1 ratio; on Nasdaq, a 1.70-to-1 ratio favored decliners.