Nepali women clad in saris and men in jeans and baseball caps were standing in long queues on Sunday as voting started in a general election that few expect to bring drastic change – or a government able to quickly revive the economy.

There are no pre-election polls, but political analysts expect the ruling alliance to retain power.

Polls close at 5 p.m. (1115 GMT), the Election Commission said. It could take up to two weeks to declare final results.

“We need political stability for faster growth of the economy and a government that can guarantee security to investors,” said another voter, Prakash Thapa, 25.

About 18 million people are eligible to vote for the 275-member parliament and the 550 members of seven provincial assemblies through a mix of first-past-the-post and proportional representation systems.

The government has declared a holiday for Sunday, which is a working day in Nepal.

Political stability has proven elusive for the poor nation, wedged between China and India, discouraging many investors. Nepal has had 10 governments since the abolition of a 239-year-old monarchy in 2008.

Political parties have promised to bring down prices, create jobs and boost the economy at nationwide rallies.

Several young and independent candidates, including medical and IT professionals, are challenging the old party leaders, hoping to cash in their quest for change.

“Old party leaders should change their style of functioning after this election,” said Thapa, the voter.

The Election Commission has urged voters to cast their secret votes without fear of threat, intimidation and obstacle.

“Voting is not only their right but also their duty to choose representatives through the secret ballot,” Chief Election Commissioner Dinesh Thapalia told Reuters.

Analysts said a new government would face the challenge of reviving the economy and curbing high prices.

There are fears that a global recession might reduce remittances, which account for about a quarter of gross domestic product (GDP).

Tourism, which contributed 4% to GDP before the pandemic, has yet to fully recover. In the first 10 months of this year, more than 450,000 tourists visited Nepal, less than half the number of pre-COVID-19 visitors in all of 2019.

Foreign reserves are shrinking and the retail inflation rate has been hovering at six-year highs of about 8% in the Himalayan nation, where one in five people live on less than $2 a day. 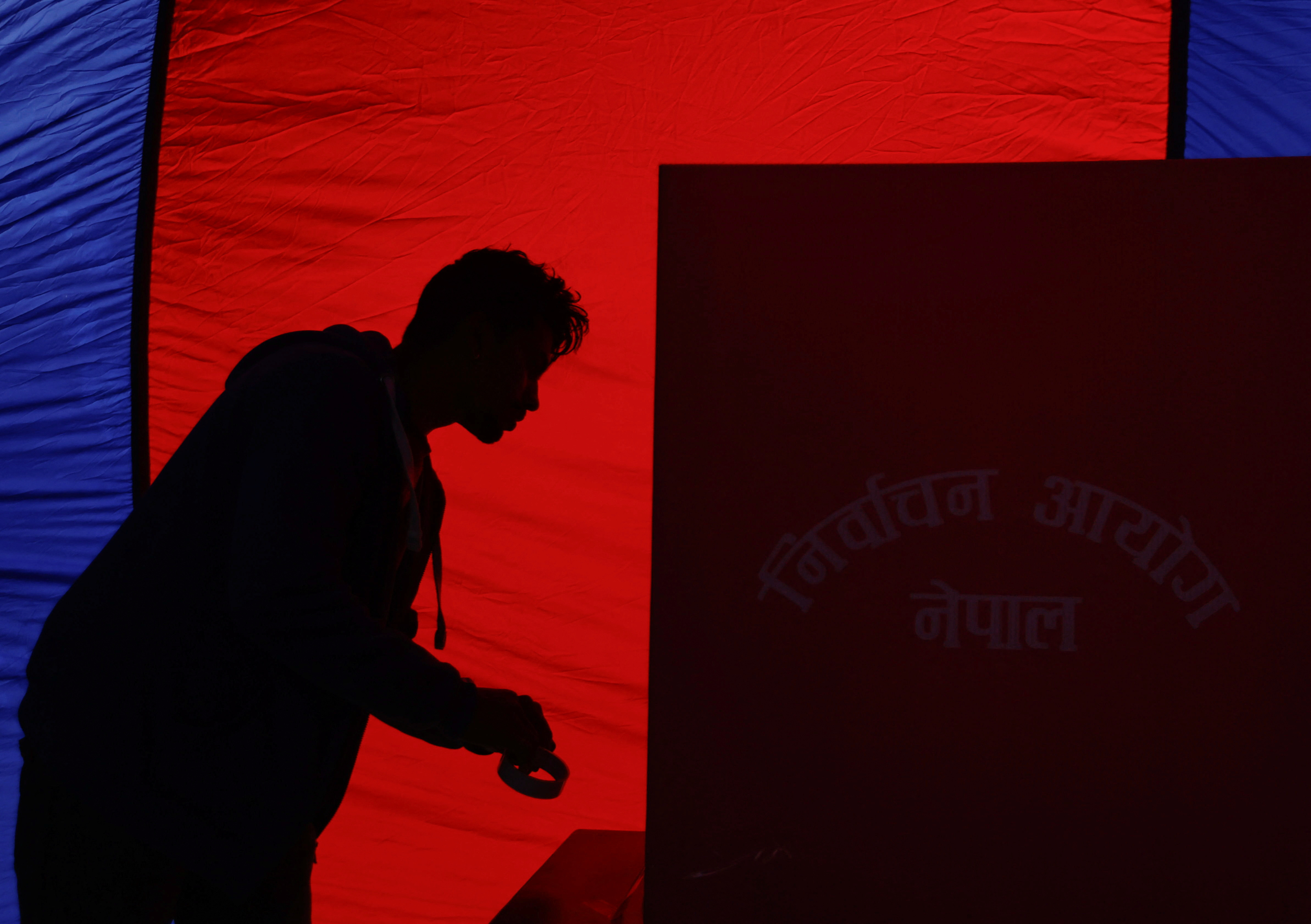 An official from the election commission works to set up a voting booth at the polling station a day ahead of the general elections, in Bhaktapur, Nepal November 19, 2022. REUTERS/Navesh Chitrakar 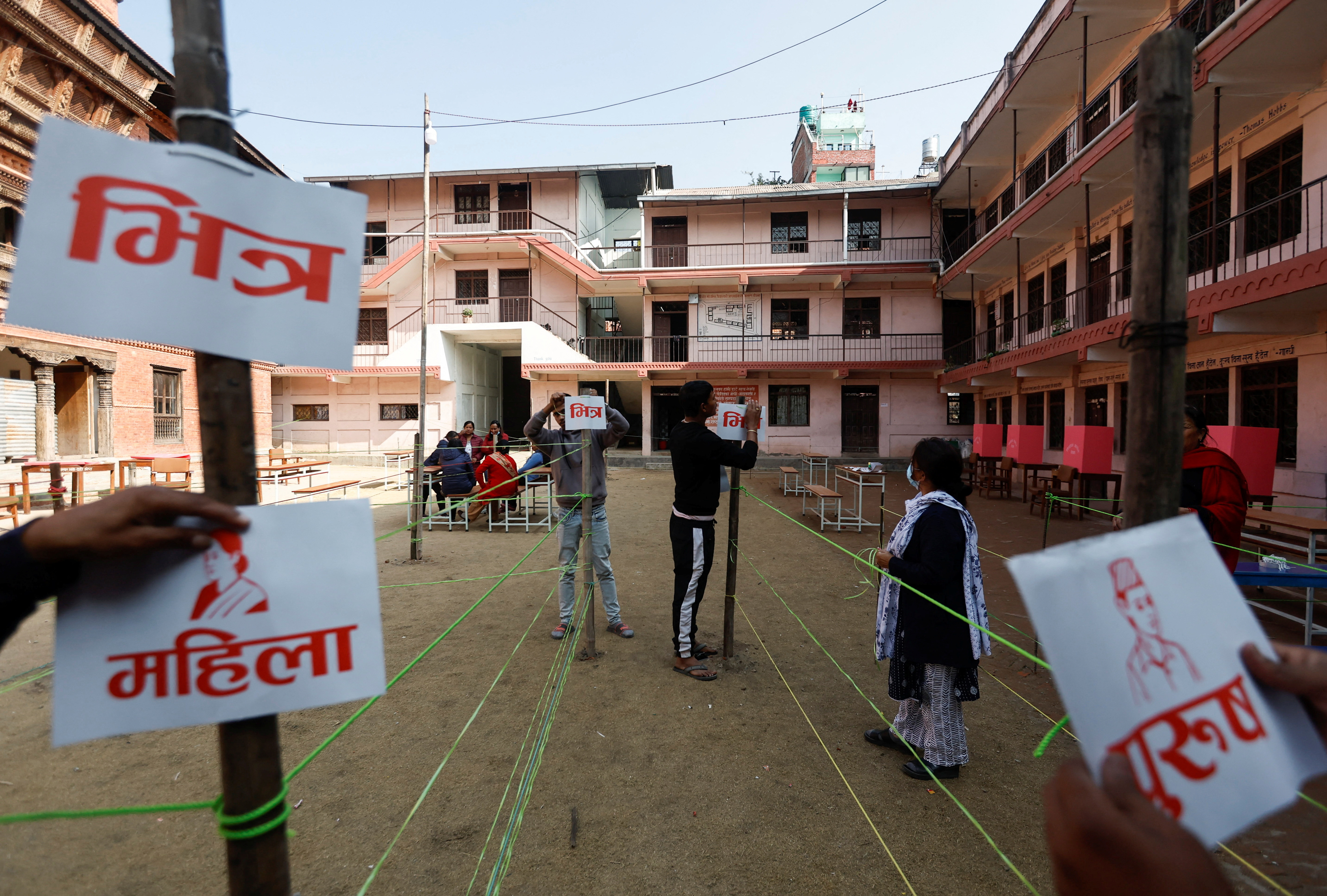 Officials from the election commission work to set up polling station a day ahead of the general elections, in Bhaktapur, Nepal November 19, 2022. REUTERS/Navesh Chitrakar
Advertisements
Advertisements