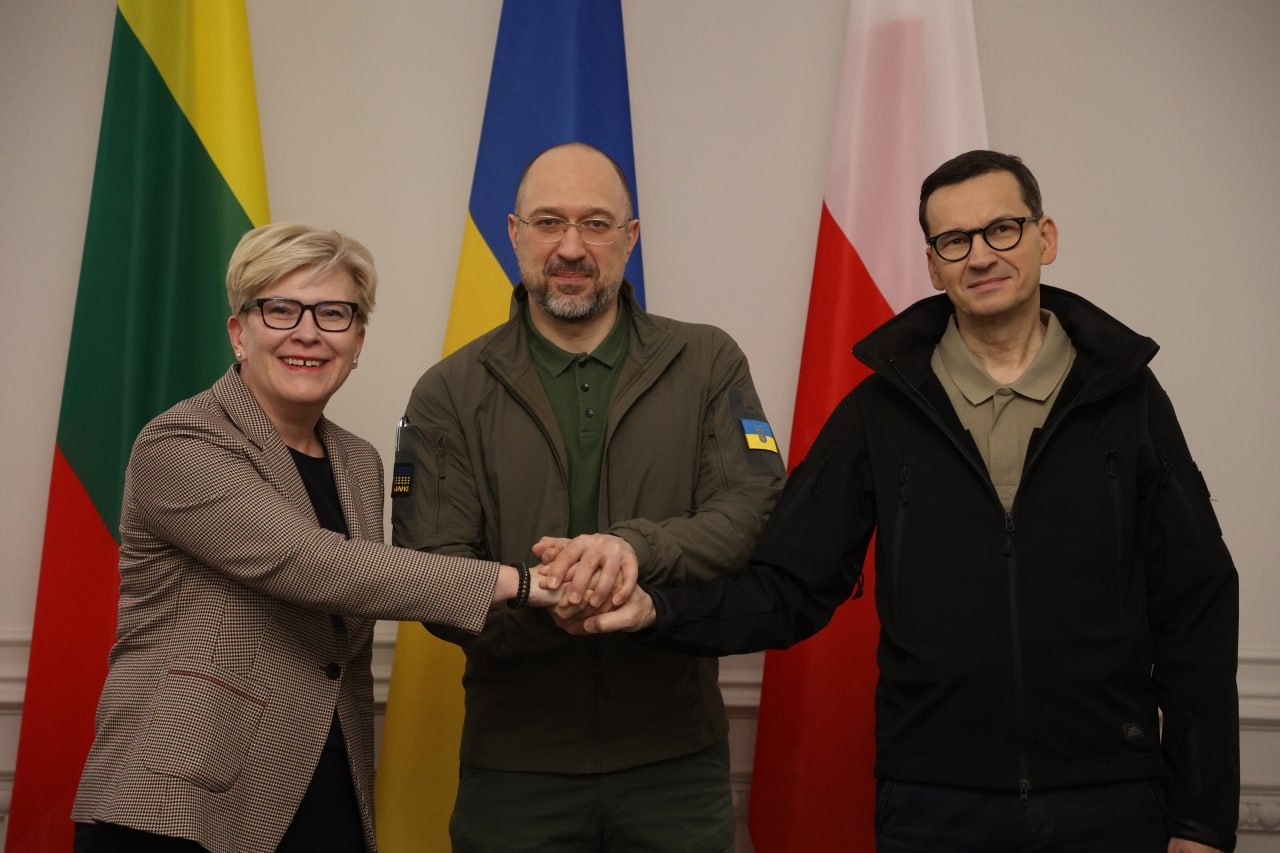 The signing took place in Kyiv on Saturday.

“The joint statement noted, among other things, the significant contribution of the Lublin Triangle to the consolidation of international support for Ukraine, as well as countering Russia’s aggressive policy, investigating its war crimes and bringing those responsible to justice, as well as the need to further strengthen military, financial and humanitarian assistance to Ukraine,” Shmyhal said at a joint press conference with the prime ministers of Poland and Lithuania.

The prime minister stressed that the nine months of the war proved how important the unity of the peoples of Ukraine, Poland and Lithuania is.

“Today’s meeting once again showed that Ukraine, Lithuania and Poland are united by common goals, values, a common position in assessing threats, as well as a common vision regarding countering Russian aggression and approaching our victory,” Shmyhal stressed.

According to him, at the meeting the prime ministers discussed a wide range of issues, including humanitarian, financial, economic and energy policies.

The premier stressed that the parties also discussed priority issues, in particular, the victory of Ukraine in the war against Russia