Ukrainian forces will train on Leopard-2 battle tanks in Poland, Defence Minister Oleksii Reznikov was quoted as saying on Friday, even though allies failed to reach an agreement to supply the German-made vehicles to Kyiv.

Reznikov spoke to Ukrainian-language Voice of America after attending a meeting at Ramtsein Air Base, Germany, where Ukraine’s partners did not take a decision on handing over the tanks. Germany, which makes the Leopard tanks, would have to approve any transfer.

Reznikov described the training development as a breakthrough, attributing the success to efforts by Poland.

“We will start with this and then we will move further,” Voice of America quoted him as saying.

Reznikov, echoing earlier comments by Ukrainian officials, said he hoped Germany will reach a decision on the tanks.

“I see this in an optimistic way,” he added. “Because the first step has been taken – we will start training missions on the Leopard-2.”

Earlier Reznikov had tweeted his gratitude to the German government and people for their military aid and hospitality.

Next to a photograph of himself with German Defence Minister Boris Pistorius, he wrote, “We had a frank discussion on Leopards 2. To be continued.” 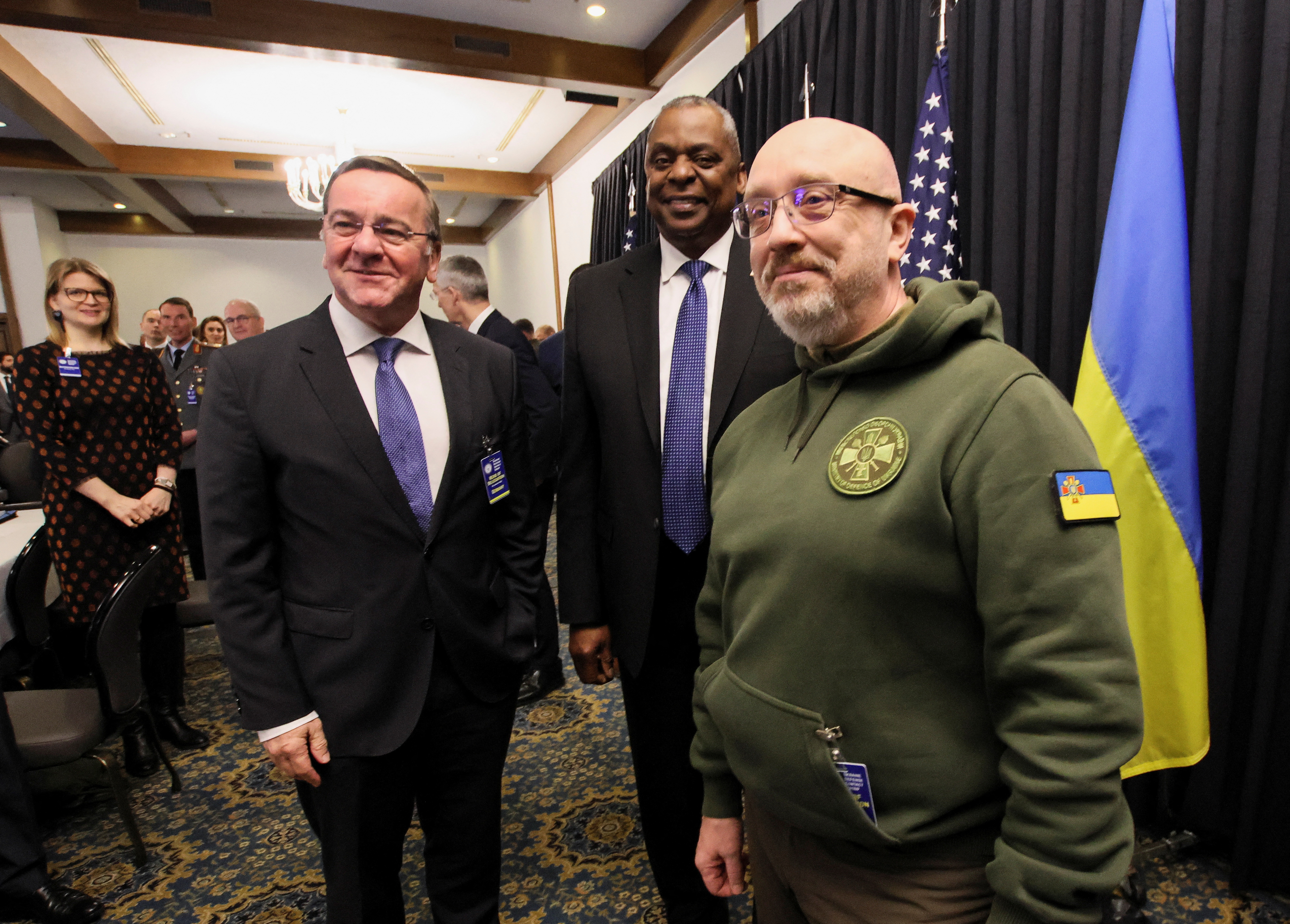 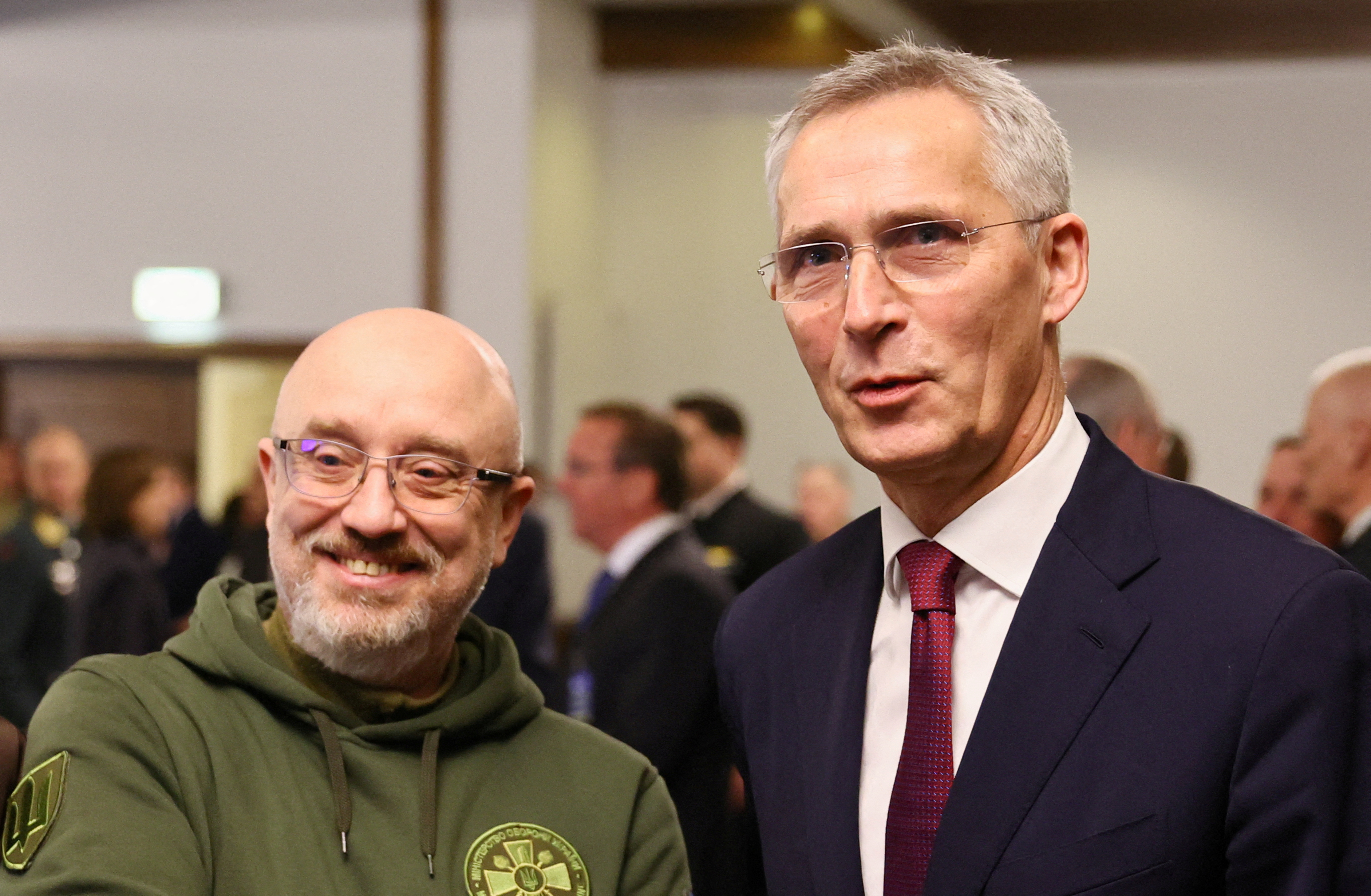 Ukraine’s Defense Minister Oleksiy Reznikov and NATO Secretary General Jens Stoltenberg attend a meeting with other ministers of defence to discuss how to help Ukraine defend itself, at Ramstein Air Base, Germany, January 20, 2023. REUTERS/Wolfgang Rattay 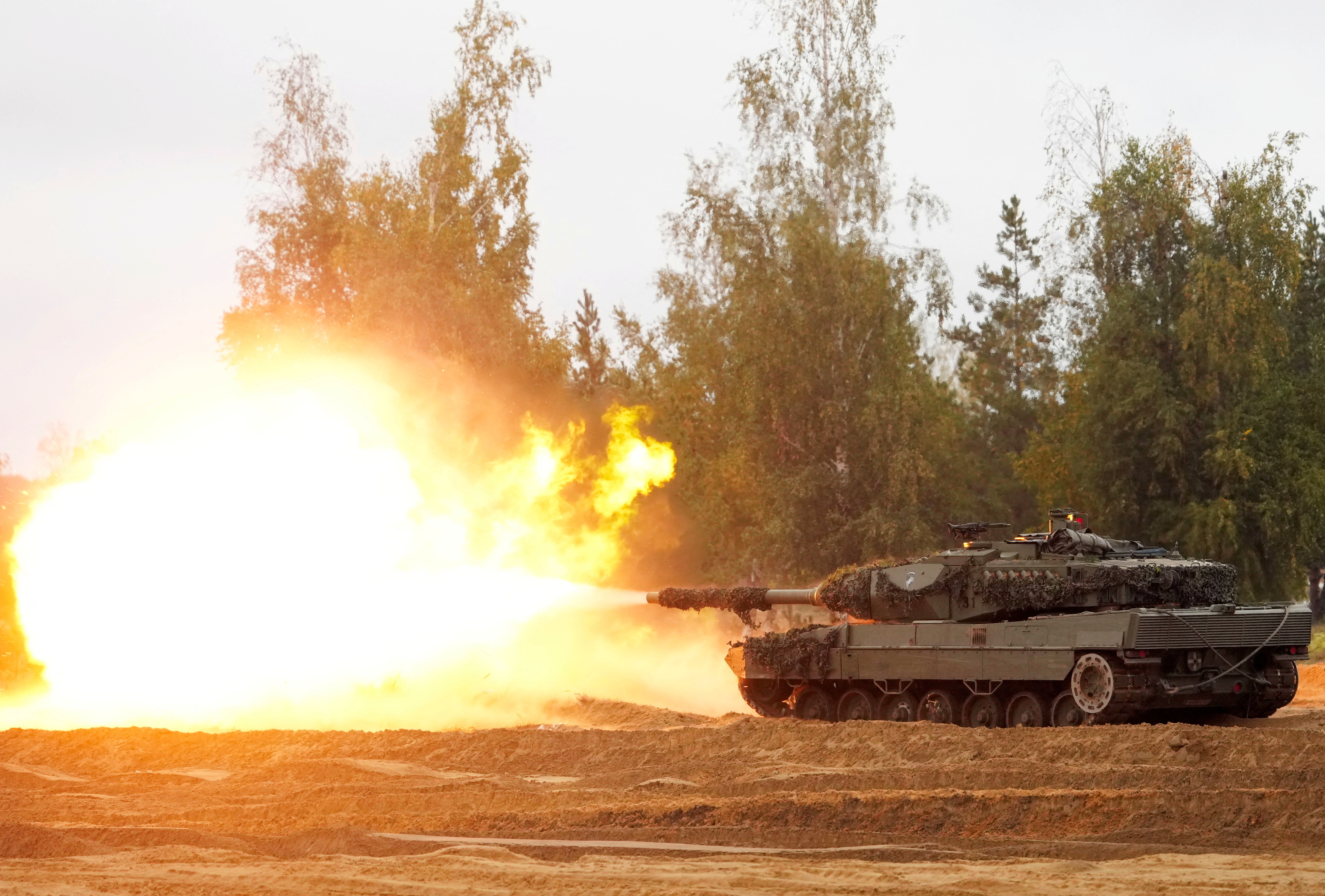