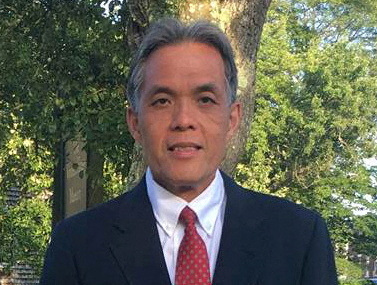 The justices turned away Hong’s appeal of a lower court’s ruling that even though his tips helped federal agencies win large settlements against the bank he was not eligible for a cut under the U.S. Securities and Exchange Commission whistleblower program because the SEC did not take enforcement action itself.

The SEC’s whistleblower program was created as part of the 2010 Dodd-Frank Wall Street Reform and Consumer Protection Act, a law passed in response to the 2008 financial crisis. Under the law, eligible whistleblowers can receive a cash award of between 10% and 30% of any monetary sanctions collected above $1 million.

The dispute centered on whether Hong’s tips met the law’s definition of “covered judicial or administrative action brought by the commission under the securities laws.”

Hong resigned in 2007 after just six weeks on the job at RBS – now called Natwest Group PLC (NWG.L) – prompted by what he believed to be unlawful practices related to its portfolio of residential mortgage backed securities, court documents said.

In 2014, he submitted information to the SEC, which itself took no action against the bank but instead shared it with federal prosecutors and the Federal Housing Finance Agency for use in investigations they already had begun into RBS.

Hong sought an award under the SEC’s whistleblower program but the commission declared him ineligible because the action against RBS was not taken by the commission itself.

The Manhattan-based 2nd U.S. Circuit Court of Appeals in July agreed with the SEC, but noted: “We are mindful that this decision may strike some as inconsistent with the principal statutory goal of the program.”

Hong’s lawyers appealed to the Supreme Court, contending that the SEC is undermining the aim of Congress to incentivize and award whistleblowers by “coordinating enforcement efforts with other agencies and then refusing to pay an award.”

RBS was not involved in the case.