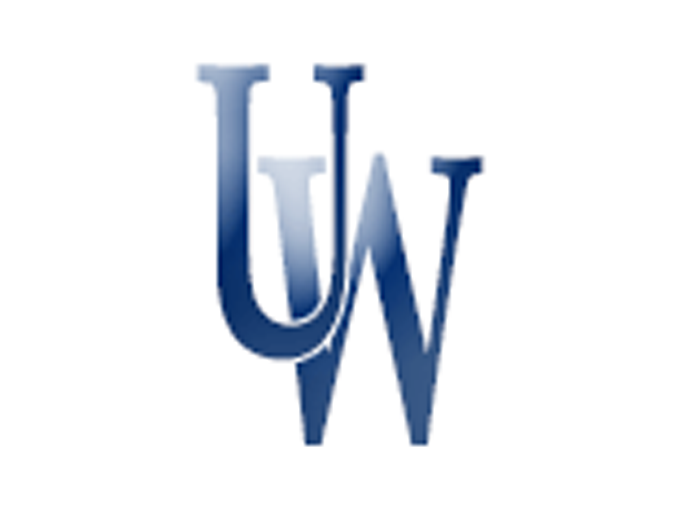 In an interview with RFE/RL’s Georgian Service, Mr. Hodges discussed the Russian military operation’s lack of coherence and how new fighting vehicles and tanks from abroad could change the course of the war.

RFE/RL: The cities of Bakhmut and Soledar are under relentless assault from Russian forces, or to be more specific, Wagner mercenary forces. Why is Bakhmut in eastern Ukraine so important? What is Yevgeny Prigozhin, the founder of the Wagner mercenary group, trying to achieve there?

Mr. Hodges: It’s taken me a while to figure out why Russia would put so much emphasis on Bakhmut, especially the forces led by Mr. Prigozhin. And I do think there is a symbolic aspect of this – this is almost like a vanity project for him.

He clearly doesn’t care how many people are killed. They’ve been at it now for five months, and they still have not been able to take Bakhmut. And they just continue pouring untrained, recently mobilized soldiers into that fight.

But it’s recently come to light also that there are significant salt and gypsum mines in the region. And Mr. Prigozhin even talked about securing the resources there. But I don’t know if that will be very comforting to the families of the thousands of people who have been killed there to know that Mr. Prigozhin’s real objective was not a strategically important crossroads or intersection, but it’s gypsum mines.

I think that this whole operation around Bakhmut illustrates the lack of coherence of Russia’s operation. I don’t think Prigozhin takes order from [Gen. Sergei] Surovikin, and he certainly does not take orders from Gen.

[Valery] Gerasimov [who was appointed on January 11 to oversee the invasion]. So, who’s in charge? … They don’t have a coherent plan. They really, fortunately, have still not learned and fixed all the institutional flaws that they showed back in February, March.

RFE/RL: Could it be that they’re betting on a familiar strategy that, if you throw numbers into battle, then, sooner or later, results will emerge?

Mr. Hodges: Russians have always assumed that mass will win. I mean, that’s been their way of war for centuries, that they would eventually just overwhelm the Ukrainian forces. But obviously, they haven’t been able to do that, because the Ukrainians have been so professional, so skilled, and we see that actually precision can defeat mass, if you have enough precision, and if you apply it in the right places. And Ukraine has consistently gone after logistics – transportation networks, ammunition storage – through a variety of different means.

Mr. Hodges: Well, of course, I wish these decisions to provide Bradley and Marder and AMX-10RC and other systems would have been made sooner. But the good news is they’ve been made.

If you get those and then if you put maybe a Ukrainian tank battalion in the middle of it with engineers, you’ve got a lethal combined arms formation that could be the iron fist that would help penetrate these endless lines of Russian trenches, if they’re properly supported.

That’s what I see. I don’t count vehicles; I look at capability. … And so, they’ll spend the next couple of months getting the equipment, training on it, practicing, building up the logistics for it. And I think when the Ukrainian General Staff is ready, they will employ this as a force.

RFE/RL: Some Western security experts with whom I’ve spoken are more skeptical. They say that, while it is welcome news, it lacks punch, that Ukraine needs proper tanks – like the M1 Abrams – and similar weapons systems. Do you agree with that assessment? And, if so, do you believe such a weapons package is in the pipeline as well?

Mr. Hodges: Well, certainly it would be better if they also had Abrams and or Leopards. It feels like those might be coming, but I don’t know. … But also, I would not assume that what we just saw last week is in a vacuum.

There are other things that Ukrainians are doing to build up capability for the next phase of this, of their counteroffensive, which will be the decisive phase, which I think is the liberation of Crimea.

RFE/RL: I’ll soon return to the issue of Crimea, but first I’d like to ask about tanks. It seems several countries, including Poland and Britain, [are]on the verge of providing tanks to Ukraine. How significant would that be for Ukraine and how could it change the tide of the war?

Mr. Hodges: It’s important in terms of real capability, assuming that they get the maintenance that comes with it, the right ammunition and the opportunity to train so that this is real capability.

But it’s even more important that it signals that Western governments are taking the next step, that they are less and less concerned that Russia might somehow try to escalate, because that’s so unlikely. And while those are decisions that are being made late, I think it’s not too late to make a difference.

And of course, this is not over after Ukraine liberates Crimea; they’re going to have to protect themselves for a long time to come….

RFE/RL: You said you don’t pay much attention to numbers of things provided but still, it’s a drastic difference if you look at what has been provided and what the commander in chief of the armed forces of Ukraine, Valery Zaluzhnyi, has requested. He has asked for 700 armored vehicles and 300 tanks. How close is Ukraine to getting them?

Mr. Hodges: I don’t know. There are so many things going on that we don’t necessarily get a big headline for. … Russia gets drones from Iran, and they get cold weather uniforms from North Korea – that’s it.

There are 50 nations lined up helping Ukraine. Have we done it as fast as they need? No. And have we done enough? No. Is there more to come? I hope so. But I mean, if I’m in the Kremlin, I’m like, what? The Germans now are giving Marder, and another Patriot battery. And they’re talking about Leopard. I mean that’s got to be discouraging from the Russian side.

RFE/RL: You had earlier predicted it could be possible by the end of 2022 for Ukraine’s military to push back Russian invading forces to their positions before the full invasion was launched on February 24. Why didn’t that prediction prove correct?

Mr. Hodges: Yeah, obviously, I was overly optimistic about that because I did not anticipate that we would have failed to provide longer-range systems, like ATACMS [Army Tactical Missile Systems]. I thought that was coming.

So, that’s been a shortcoming.

I also did not anticipate the amount of forces that Russia was willing to sacrifice in and around Bakhmut. I mean, obviously, I was off – not by much, but I was off. What does matter is how Ukraine has adapted to what Russia is doing with these mobilized troops. And does the West deliver to Ukraine what they need, so that they can continue to attack Russian logistics and command and control?

This is how I think they liberate Crimea. There are only two roads that lead to Crimea: the Kerch Bridge and the land bridge. One’s already been severely damaged; the other one’s already been hit. That’s what needs to happen over the next few months. We need to provide Ukraine the ability to do that.

If we limit what we give them in terms of range – so the GMLRS, which is the rocket fired by HIMARS [high-mobility artillery rocket system] – up to 90 kilometers. If we don’t do more than that, then in effect we create a sanctuary for Russia. So, Russia is able to shoot from Crimea with impunity, or inside Russia, inside Belarus.

That leads to the murder of innocent Ukrainian civilians. We’ve got to give them the longer-range weapon systems and ATACMS that would be able to hit every single thing on the Crimean Peninsula.

RFE/RL: So, the chances of success of any future deeper Ukrainian counteroffensive are contingent on continued Western support?

Mr. Hodges: Absolutely, yeah. That is the big giant fat caveat, that the West has to continue to support Ukraine, at least at the level of everything that we’ve already said we’re going to do.

RFE/RL: And if that happens, how is Ukraine likely to go about it?

Mr. Hodges: Well, they’re going to continue to have to block Russian efforts around Bakhmut. They’re going to have to keep an eye on Belarus in the northern border, north of Kharkiv. But I think that, again, I could be wrong, but it just doesn’t seem likely that the Russians could have a significant attack from out there. They may mass some troops there, but they don’t have the capability, I don’t believe, to launch another serious threat toward Kyiv. But the general staff will have to keep watching that.

In the meanwhile, I think they’re going to build up their armored forces, what they’re receiving, as well as what they already have trained, so that they have a large armored capability that could be the decisive element of this liberation of Crimea.

But before that, they’re going to have to spend a couple of months continuing to go after the Kerch Bridge, continuing to disrupt the transportation network that runs through Mariupol and Melitopol, into Crimea.

[There’s] a lot of work to do to set the conditions. But that’s how I think it happens: it’s not going to be just a big attack across the Perekop Isthmus [the strip of land that joins Crimea to mainland Ukraine].

They’re going to have to set the conditions through long-range fires, special forces and then eventually they will have to put somebody on the ground there. But I think the General Staff is smart enough; they’ve impressed me with how well they have done everything they can to minimize casualties and to be thorough and methodical.

(This interview has been edited for length and clarity.)