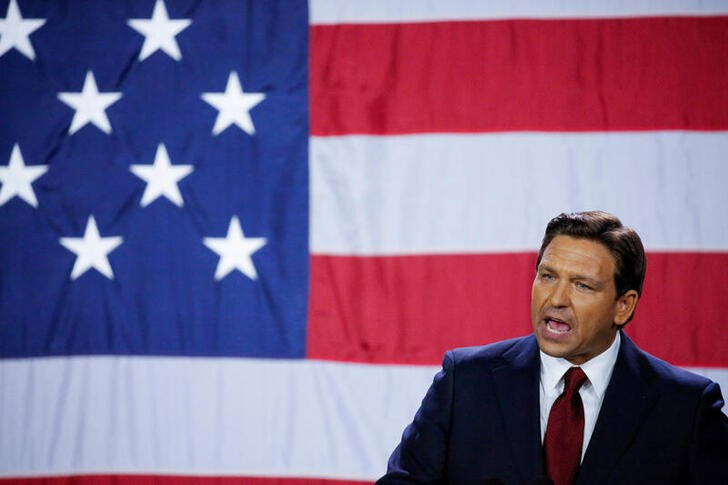 A U.S. judge on Thursday blocked key provisions of a Florida state law that curbs professors from endorsing particular viewpoints in public university classrooms, calling the measure “positively dystopian” in the latest blow to the Republican-enacted measure.

His ruling came in consolidated lawsuits filed by professors and students challenging the Individual Freedom Act, which Republican Florida Governor Ron DeSantis championed and signed into law in April. Critics said it amounted to a ban on Florida educators from endorsing certain race and gender concepts.

A professor, for instance, under the law would no longer be able to “express approval of affirmative action as an idea worthy of merit” during class instruction, the court said.

“The First Amendment does not permit the State of Florida to muzzle its university professors, impose its own orthodoxy of viewpoints, and cast us all into the dark,” Walker wrote.

Walker also said that rather “than combat ‘woke’ ideas with countervailing views in the ‘marketplace of ideas,’ the state has chosen to eliminate one side of the debate.”

A spokesperson for DeSantis did not immediately respond to a message seeking comment, nor did the Florida attorney general’s office, which defended the law in court.

Attorneys for Florida had argued that the state had full power to restrict what public university professors, as state employees, could say in their classrooms.

A lawyer for plaintiffs in the case, Adam Steinbaugh of the Foundation for Individual Rights and Expression, told Reuters the ruling was “an important victory for faculty members of all political viewpoints.”

In a related legal challenge to the law, Walker, appointed by President Barack Obama in 2012, in August blocked other provisions that prohibited employers from promoting certain progressive ideas as part of workplace anti-bias training.

Florida’s challenge to the court’s order is pending in the Atlanta-based 11th U.S. Circuit Court of Appeals.