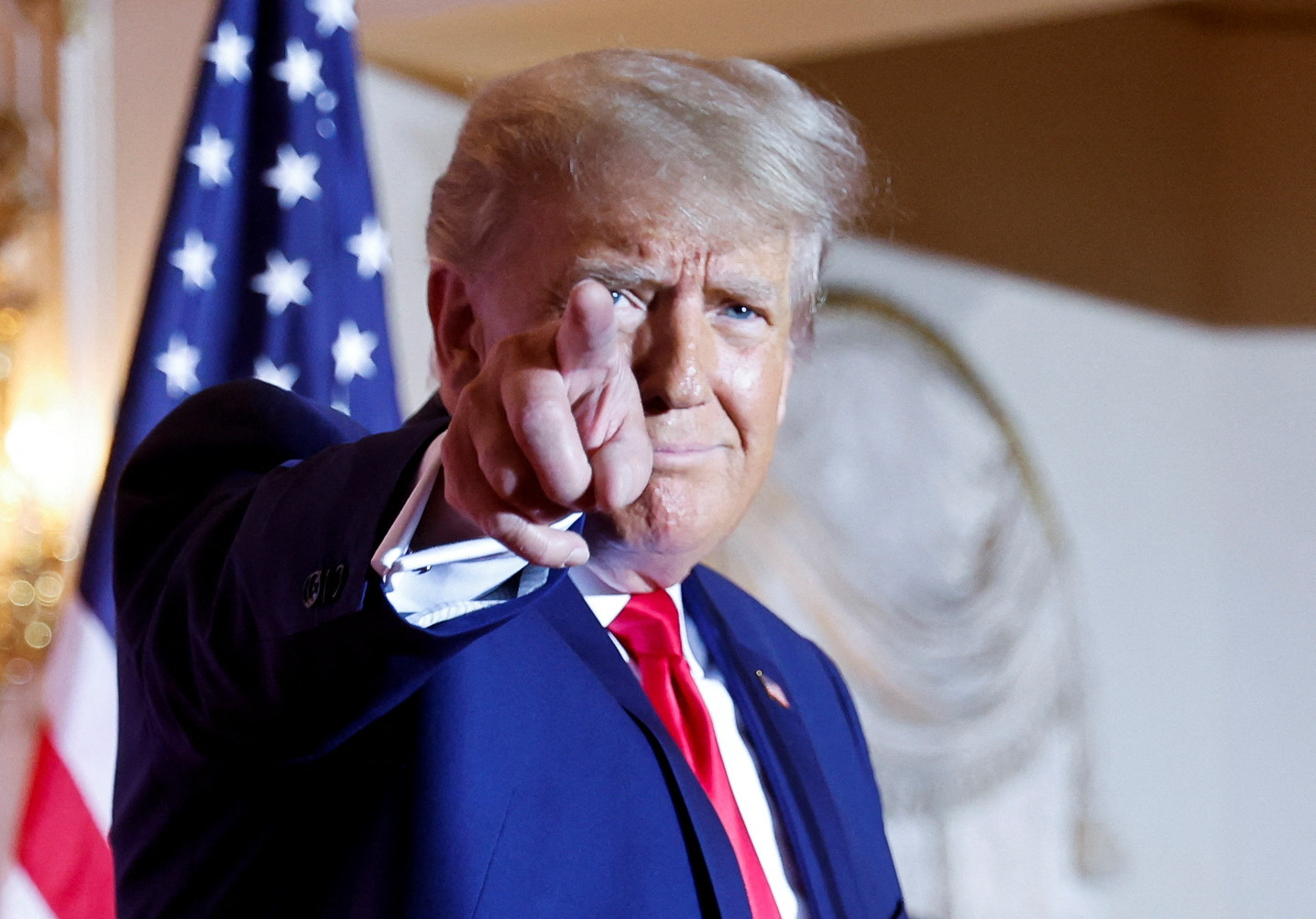 Former U.S. President Donald Trump points as he announces that he will once again run for U.S. president in the 2024 U.S. presidential election during an event at his Mar-a-Lago estate in Palm Beach, Florida, U.S. November 15, 2022. REUTERS/Jonathan Ernst

Donald Trump’s aides filed paperwork for his 2024 White House bid on Tuesday as the former president launched a run to regain the presidency, aiming to pre-empt potential Republican rivals.

Trump, seeking a potential rematch with Democratic President Joe Biden, made his announcement at his Mar-a-Lago estate in Florida a week after midterm elections in which Republicans failed to win as many seats in Congress as they had hoped.

Republicans are meanwhile closing in on the 218 seats they need to take a majority in the 435-seat House of Representatives.

“I don’t think the announcement means much as people thought he would – and with a weaker showing at the mid-terms it reduces likelihood of nomination. So think the impact is only down the track if he gets good traction with the nomination.”

“Thoroughly expected of course. (Rupert) Murdoch has said he’ll push the Democrats if Trump entered the race and the wind is to the back of DeSantis. Neil Young said ‘it’s better to burn out than fade away’…feels like Trump will go down this time with little glory.”