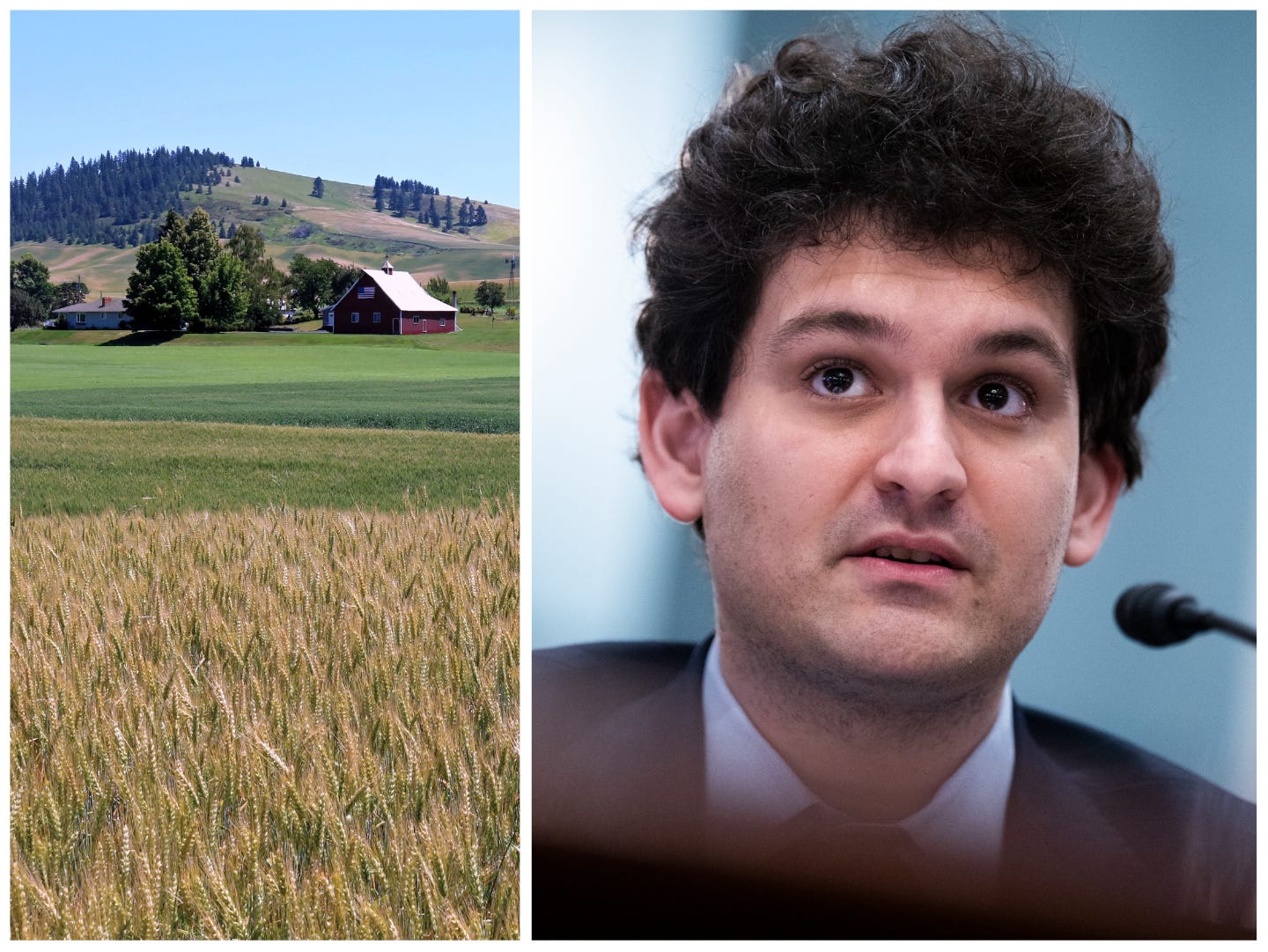 The Palouse hills in Whitman County, Washington, where Farmington State Bank is located.

The tiny rural bank, which the now-bankrupt Alameda Research bought a controversial stake in, has given up its crypto and cannabis ambitions and will return to being a community bank.

The New York Times reported last November that Sam Bankman-Fried’s Alameda had bought an $11.5 million share in Farmington State Bank. That raised eyebrows because it was the 26th-smallest bank out of America’s 4,800, and had just three employees until 2022.

The town of Farmington, Washington has just 146 residents, and is so remote that Google Street View doesn’t cover the whole town. In 2010, local paper The Spokesman Review described the bank as “strictly no-frills” because it didn’t offer credit cards or online banking, instead specializing in agricultural loans to farmers.

Farmington State Bank was purchased in 2020 by FBH, a company owned by the “Inspector Gadget” co-creator Jean Chalopin. It then began doing business as Moonstone Bank, which aimed to serve digital assets and the cannabis industry. According to the bank’s website, the owner’s son, Janvier Chalopin, is its Chief Digital Officer.

Alameda bought 10% of FBH for $11.5 million in January 2022, even though the bank had a net worth of $5.7 million at the time, according to The Times. After that report, the bank clarified that it now has 32 employees, and said its $115 million valuation “was consistent with other similar technology banks and trust-banks startups at the time.”

In a statement released on Wednesday night, the bank said it will now exit the crypto space and refocus on being a local community bank.

“The change in strategy reflects the impact of recent events in the crypto assets industry and the resultant changing regulatory environment relating to crypto asset businesses,” the statement read.

It added that it will retire the Moonstone Bank name, “reflecting this return to its roots.”

Jean Chalopin is also the chairman of Deltec Bank, which is based in The Bahamas. Forbes reported on Monday that Deltec secured a $50 million loan from FTX.

FTX’s bankruptcy lawyers did not immediately respond to Insider’s request for comment, sent outside US working hours.