It has been an eventful year for Twitter. With Elon Musk’s recent purchase, there have been dramatic changes. As a free speech advocate, he has encouraged a wider range of voices on Twitter, piloted new products, and asked people to pay $8/month to get special services and use the company’s blue check certification.

Yet a few weeks after this ownership change, the company is drowning in chaos. Around half of its employees have left or been laid-off. Regulators at the Federal Trade Commission and the European Union have demanded that Musk maintain effective security and privacy policy enforcement. And Musk has allowed Donald Trump back on Twitter after an online survey showed 52% were in favor of reinstatement.

Equally important, a number of advertisers have paused their spending amidst all the turmoil at the company, thereby threatening the longer-term financial stability of the company. In a number of respects, therefore, Musk’s acquisition raises interesting questions of where Twitter is going and alternative scenarios for the future.

One of the most important factors in determining Twitter’s financial future is advertisers since the bulk of the firm’s revenues comes from ads. If many sponsors pause or pull back on their expenditures, that move quickly could doom his platform. The loss of substantial revenues could make it difficult to maintain basic services or update the platform. According to press reports, Twitter requires more than a billion dollars a year just to maintain its debt service and anything that endangers loan repayment or workforce security could endanger the business.

While laudable from a pure free speech perspective, these decisions along with a possible deemphasis of content moderation likely could mean greater toxicity and extremism on the social media site.

Musk has been upfront about his interest in promoting free speech and allowing a broader range of content on the site. As a sign of his commitment to that perspective, he has brought Donald Trump, Kathy Griffin, Babylon Bee, and Jordan Peterson back on the platform. Each had been suspended for different reasons ranging from incendiary rhetoric and impersonations to transphobic commentary.

While laudable from a pure free speech perspective, these decisions along with a possible deemphasis of content moderation likely could mean greater toxicity and extremism on the social media site. Trump has around 87 million followers and the platform gives him enormous reach in promoting his incendiary viewpoints, especially now that he is an announced presidential candidate. According to Axios, only 60 of the 560 people (or 11%) responsible for content moderation are still on the Twitter staff.

The same problem is true for other individuals with views well outside the political mainstream. With assists from automated bots and few enforcement staff, it is easy to spread misinformation and extreme viewpoints. All it takes is a tweet and AI-assisted dissemination for messages to go around the world and create chaos in many places.

Technical problems in maintaining the site

The resignations and terminations of many engineers and policy staff means it could be hard for Twitter to maintain its technical infrastructure and protect the site from privacy as well as cybersecurity threats. With code being rewritten in haste and professionals having limited experience with Twitter’s proprietary software, the platform could be subject to criminal scams, cybersecurity hacks, or ransomware threats. The privacy and security teams with expertise in reducing these risks reportedly in shambles from staff departures, the difficulties of maintaining the site and protecting users rises substantially. It is not a simple manner to maintain millions of lines of code and protect users from malevolent people bent on harming others.

Musk’s bumpy start as “chief twit”, however, does not guarantee failure. Many organizations have endured rough times, yet managed to innovate, develop new services and products, and thrive over the long-run. It is possible to cut costs and reduce staff, yet continue to launch new products that generate usage and attract advertisers.

One should not assume Musk is doomed to failure when there are options for premium services in the areas of commerce, communications, dating, games, and adult content. One of the most profitable parts of the internet is adult services and Musk could generate revenue by offering content of interest to those audiences and thereby generating much needed revenue.

Of course, it is an open question whether a site that features extremism, toxicity, and adult content could attract mainstream advertisers wanting a site with more guardrails and content moderation. Established businesses with strong brands likely would not want to be associated with a platform that features contentious or objectionable content and may reduce or eliminate their ads from the platform. It will take considerable dexterity for Twitter’s new owner to navigate the line between new services that generate traffic and content that alienates users and/or advertisers.

These scenarios noted above are not mutually exclusive and it is within the realm of possibility that Musk could run through all of these options. Twitter could embrace extremism and develop new products, and yet survive the contentiousness associated with those moves. Musk clearly likes being at the center of controversy and has great tolerance for public ridicule and scorn. His firm could surprise the experts by skirting the edges of profitability while still attracting new audiences and sustaining the firm. 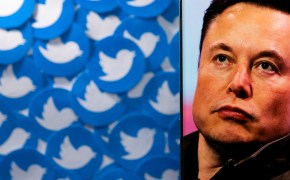