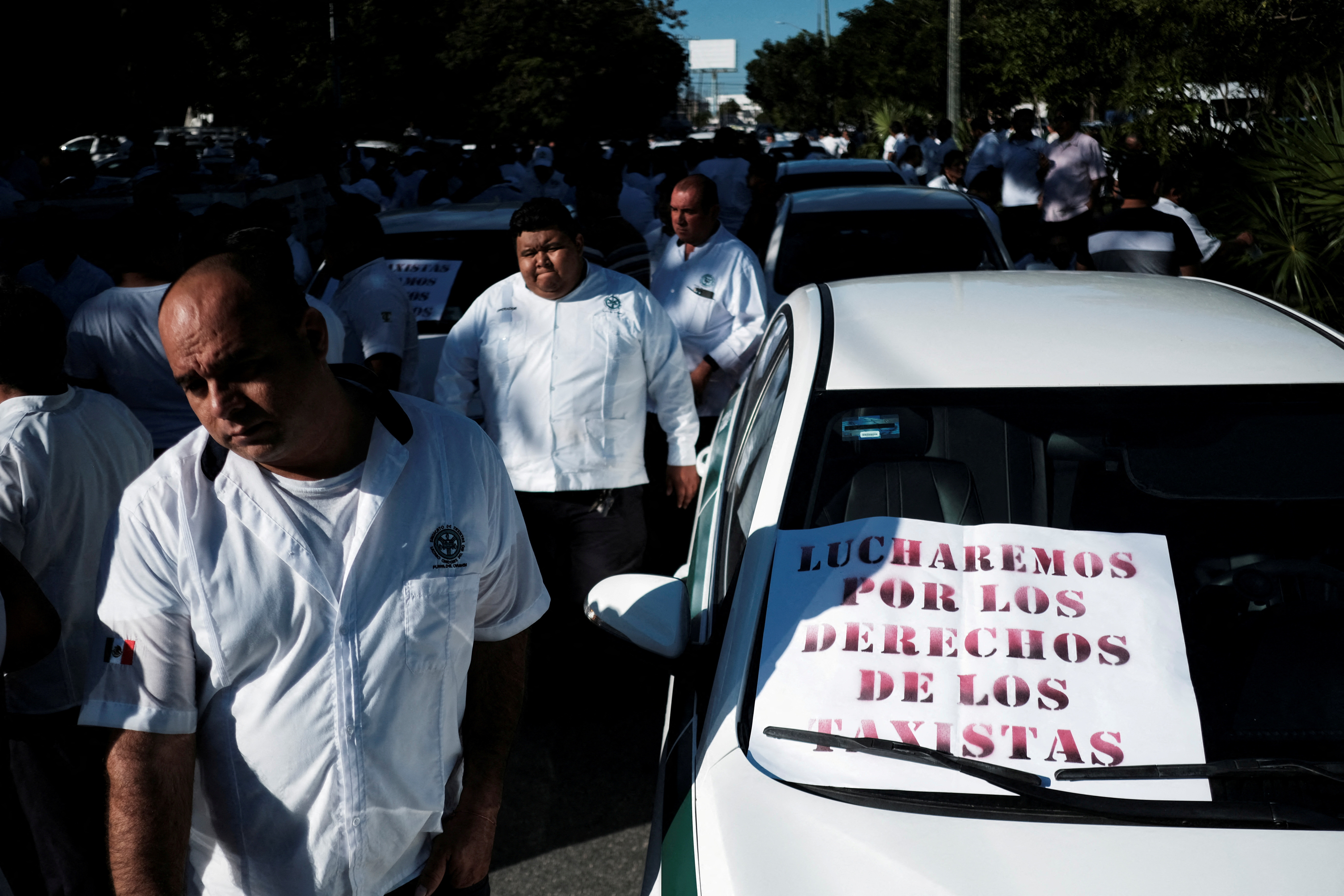 Taxi drivers walk past a sign reading: “We are fighting for the rights of the taxi drivers” during a protest against the regulation of taxi-hailing apps such as Uber in Cancun, Mexico January 11, 2023. REUTERS/Paola Chiomante/File Photo

Travelers reached the airport in Mexico’s tourist hot spot of Cancun without problem on Tuesday after a protest by local taxi drivers against ride-share app Uber left many stranded the day before.

Angry taxi drivers on Monday blocked the main road between Cancun’s airport and central tourist zone, forcing tourists to trek on foot or ride on police trucks to catch their flights.

Two airport representatives said there were no blockades or confrontations related to the taxis on Tuesday.

Taxi unions were angered by a court ruling this month that Uber Technologies Inc (UBER.N) drivers were exempt from having to obtain a permit, called a medallion, to operate, as taxi drivers are required to do. This effectively ended a years-long taxi monopoly in the region.

The events prompted an official alert from the U.S. State Department on Monday for the state of Quintana Roo, where Cancun and other tourist hot spots are located.

“Disputes between these services and local taxi unions have occasionally turned violent,” the alert said.

A spokesperson for Uber Mexico said that the court’s decision “affirmed a basic and undeniable fact” that Uber trips are not public transportation.

“They’re private trips and, as such, driver partners do not need a concession (a medallion) to use the app,” the spokesperson said.

Cancun’s largest taxi union did not immediately respond to a request for comment.