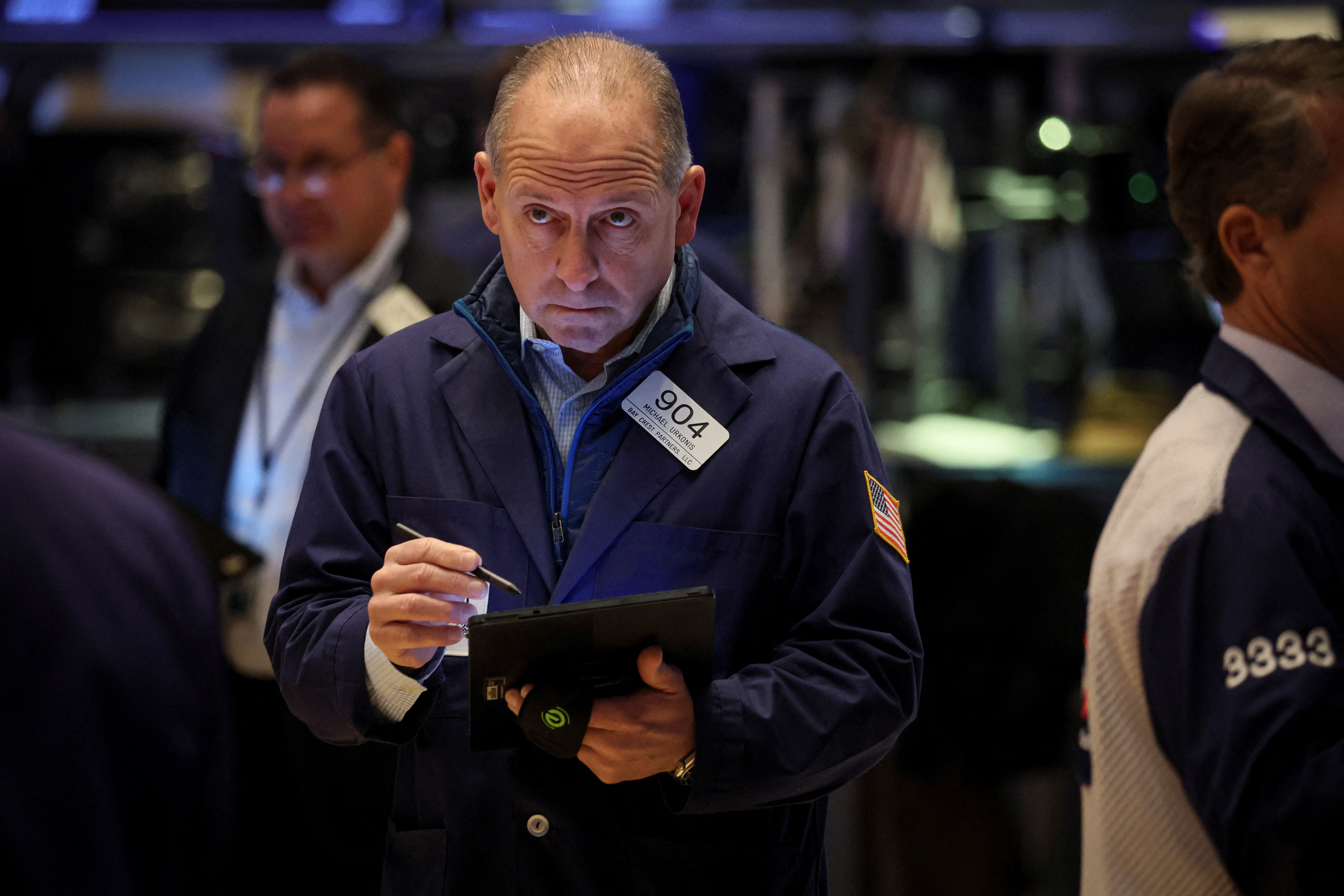 The S&P 500 edged lower on Friday in a choppy trading session, as declines in tech and energy shares were countered by gains in defensive sectors, and investors digested hawkish comments from Federal Reserve officials about interest rate hikes.

Federal Reserve Bank of Boston leader Susan Collins said that, with little evidence price pressures are waning, the Fed may need to deliver another 75-basis point rate hike as it seeks to get inflation under control.

On Thursday, St. Louis Fed President James Bullard set off equity declines when he said the Fed needs to keep raising interest rates given that its tightening so far “had only limited effects on observed inflation.”

The S&P 500 has retreated this week after a month-long rally following softer-than-expected inflation data that sparked hopes the central bank could temper its market-punishing rate hikes.

Most investors are bracing for a 50 basis point hike at the Fed’s next meeting in December, but bets on a heftier 75 basis point hike rose modestly on Friday, according to the CME Group FedWatch tool.

“Markets are in a bit of a holding pattern” ahead of employment and other economic data, said Lauren Goodwin, economist and portfolio strategist at New York Life Investments.

“What is driving all equities of course is Fed policy and the gravitational force that rising interest rates have on the equity complex as a whole,” Goodwin said. “We are not likely to see any real evidence in terms of potentially declining wage pressure or inflation pressure for another couple of weeks.”

Energy fell 1.7%, most among S&P 500 sectors, as oil prices dropped, stemming from concern about weakened demand in China and further increases to U.S. interest rates. The heavyweight information technology sector (.SPLRCT) was off 0.5%.

Defensive groups led the way among sectors, with utilities (.SPLRCU) up 1.3% and healthcare (.SPXHC) rising 0.6%.

Shares of gay dating app Grindr skyrocketed some 270% in their market debut after the company completed its merger with a special-purpose acquisition company.

Advancing issues outnumbered declining ones on the NYSE by a 1.13-to-1 ratio; on Nasdaq, a 1.07-to-1 ratio favored decliners.