There is evidence that Russian commanders in several instances were aware of sexual violence by military personnel in Ukraine “and in some cases, encouraging it or even ordering it,” according to an international criminal lawyer assisting Kyiv’s war crimes investigations.

British lawyer Wayne Jordash told Reuters that in some areas around the capital of Kyiv in the north, where the probes are most advanced, some of the sexual violence involved a level of organisation by Russian armed forces that “speaks to planning on a more systematic level.” He didn’t identify specific individuals under scrutiny.

The previously unreported findings by investigators about the alleged role of commanders and the systematic nature of attacks in some locations are part of patterns of alleged sexual violence that are emerging as Russia’s war in Ukraine enters its ninth month.

Jordash, who is part of a Western-backed team that provides legal expertise to Ukraine, said it was too early to conclude how widespread the practice was because investigations in recently-recaptured areas of the northeast and south are at an earlier stage. However, the patterns suggest that sexual violence “maybe even more frequent” in territories that were occupied for longer periods, he added, without providing evidence.

Reuters interviewed more than twenty people who worked with alleged victims – including law enforcement, doctors and lawyers – as well as an alleged rape victim and family members of another.

They shared accounts of alleged sexual violence by Russian armed forces that occurred in various parts of Ukraine: many included allegations of family members being forced to watch or multiple soldiers participating or acts being conducted at gunpoint.

Reuters couldn’t independently corroborate the accounts. Some of the circumstances – including family members witnessing rape – feature in alleged attacks by Russians documented by a United Nations-mandated investigation body in a report published last month, which said victims ranged in age from four to over 80.

In northern Ukraine’s Chernihiv region, a soldier in Russia’s 80th tank regiment in March repeatedly sexually abused a girl and threatened to kill family members, according to a Chernihiv district court ruling. The court this month found 31-year old Ruslan Kuliyev and another Russian soldier that Kuliyev was a superior of guilty of war crimes in absentia for assault on locals, the ruling said.

Kuliyev, who the court said was a senior lieutenant, and the other soldier couldn’t be reached for comment.

Rape can constitute a war crime under the Geneva Conventions that establish international legal standards for conduct of armed conflicts. Widespread or systematic sexual violence could amount to crimes against humanity, which are generally seen as more serious, legal specialists said.

Moscow, which has said it is conducting a “special military operation” in Ukraine, has denied committing war crimes or targeting civilians.

In reply to Reuters questions about alleged sexual violence by the Russian military in Ukraine, including whether commanders were aware and whether it was systematic, the Kremlin’s press service said it denies “such allegations.” It referred detailed questions to the Russian defence ministry, which didn’t respond.

Ukraine’s Prosecutor General’s office said Moscow’s war on Ukraine “is aimed at exterminating the Ukrainian people” and that sexual violence is among Russian crimes “intended to spread a state of terror, cause suffering and fear among the civilian population of Ukraine.”

“There are indications that sexual violence is being used as a weapon of war,” Pramila Patten, the Special Representative of the U.N. Secretary-General on Sexual Violence in Conflict, told Reuters citing accounts of circumstances such as rape in front of family members, gang rape and forced nudtiy.

Kyiv has said it is examining tens of thousands of reports as part of its investigations into alleged war crimes by Russian military personnel; sexual violence accounts for only a small part of those. Ukraine’s probe is at the centre of multiple efforts to investigate potential war crimes related to the conflict, including by the International Criminal Court (ICC) in The Hague.

Evidence that sexual violence was planned could indicate it was part of a systematic attack or that some level of command was aware, said Kim Thuy Seelinger, an advisor to the ICC on sexual violence in conflict and a research associate professor at Washington University in St. Louis.

A woman from the village of Berestianka, near Kyiv, told Reuters that shortly after Russian troops arrived in March a soldier ordered her to hang a white rag outside her house. He returned that night with two other Russians, according to the woman, who asked to be identified only by her first name Viktoriia.

She said one of them, who she took to be a commander because he appeared to be much older and because that’s how the others referred to him, told her the two other soldiers were drunk and wanted to have fun.

According to Viktoriia, a slim-built 42-year old, those two soldiers walked her to a neighbouring house, where one shot dead a man when he tried to prevent them taking his wife. The two soldiers then took both women to a nearby house, where Viktoriia said she was raped by one of them. The other woman was also raped, according to that woman’s sister and Viktoriia. Reuters was unable to reach the second woman, whose family said had left Ukraine.

When Reuters visited the village in July, splattered blood was visible in the location where the sister and her mother said the man was shot. Viktoriia said she cried uncontrollably after her experience and remains easily frightened by loud noises.

When asked about the women’s rape allegations, which have been reported by other news media, the Ukraine prosecutor general’s office said there was an investigation into sexual violence by Russian military personnel against two women from Berestianka but declined further comment.

Polish gynaecologist Agnieszka Kurczuk said one of the Ukrainian refugees she treated – a woman from the east who alleged she was raped while her nine-year old daughter was nearby – said it happened after Russian soldiers told women in the village to hang out white bedsheets or towels.

Reuters couldn’t establish whether there was a direct link between the alleged attacks and marking of the homes.

Allegations of rape and sexual violence surfaced soon after Moscow’s Feb. 24 invasion of Ukraine and have come from across the country, according to accounts Reuters gathered and the U.N. investigative body.

Polish gynaecologist Rafal Kuzlik and his trauma psychologist wife Iwona Kuzlik told Reuters they treated seven women this spring who fled Ukraine, mainly from the north and north east, and who described being raped by Russian soldiers.

Ukrainian lawyer Larysa Denysenko said she is representing nine alleged rape victims and all but two allege multiple Russian soldiers were involved and some clients also described being beaten or raped in front of a family member.

Ukrainian authorities and other specialists say the numbers of victims is likely to be far greater because parts of the country remain occupied and victims often are reluctant to come forward, including due to fears of reprisals and distrust of authorities. 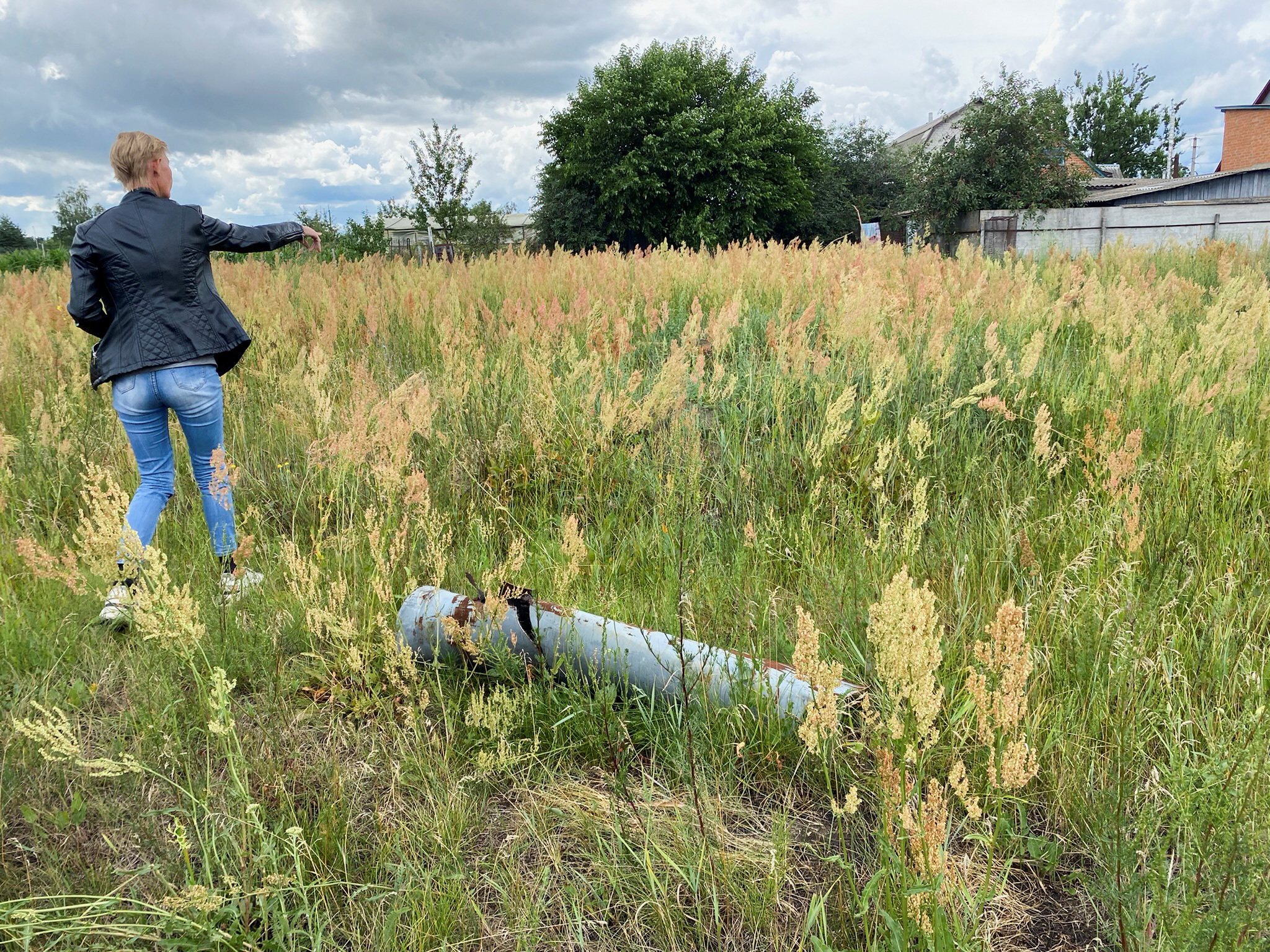 Viktoriia, 42, points to debris left behind by occupying Russian soldiers in a field near Berestianka, Ukraine, July 12, 2022. REUTERS/Joanna Plucinska 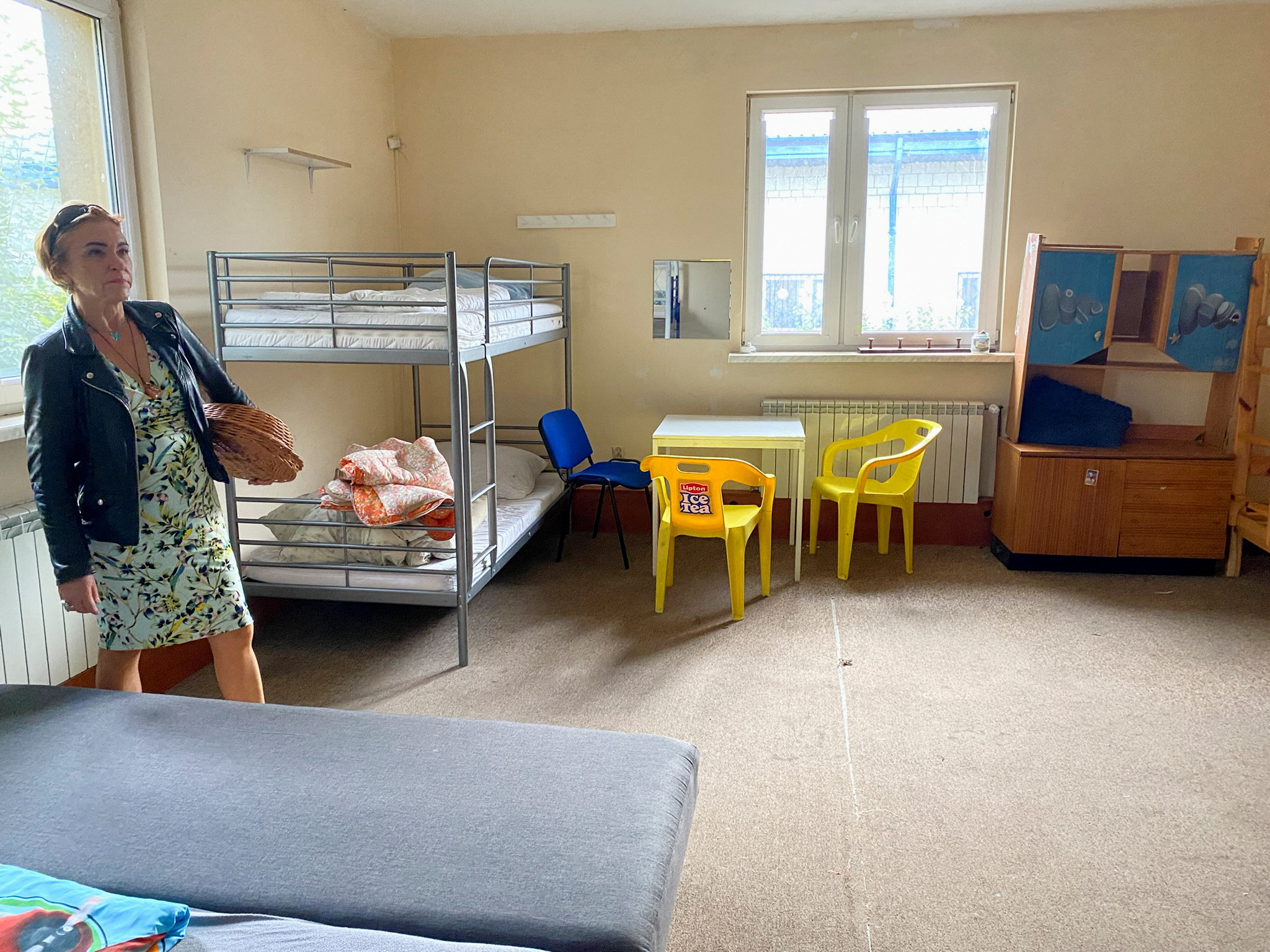 Gynecologist Agnieszka Kurczuk points to where Ukrainian refugees she treated were staying in a hostel in Piaseczno, Poland, September 14, 2022. REUTERS/Joanna Plucinska
Advertisements
Advertisements