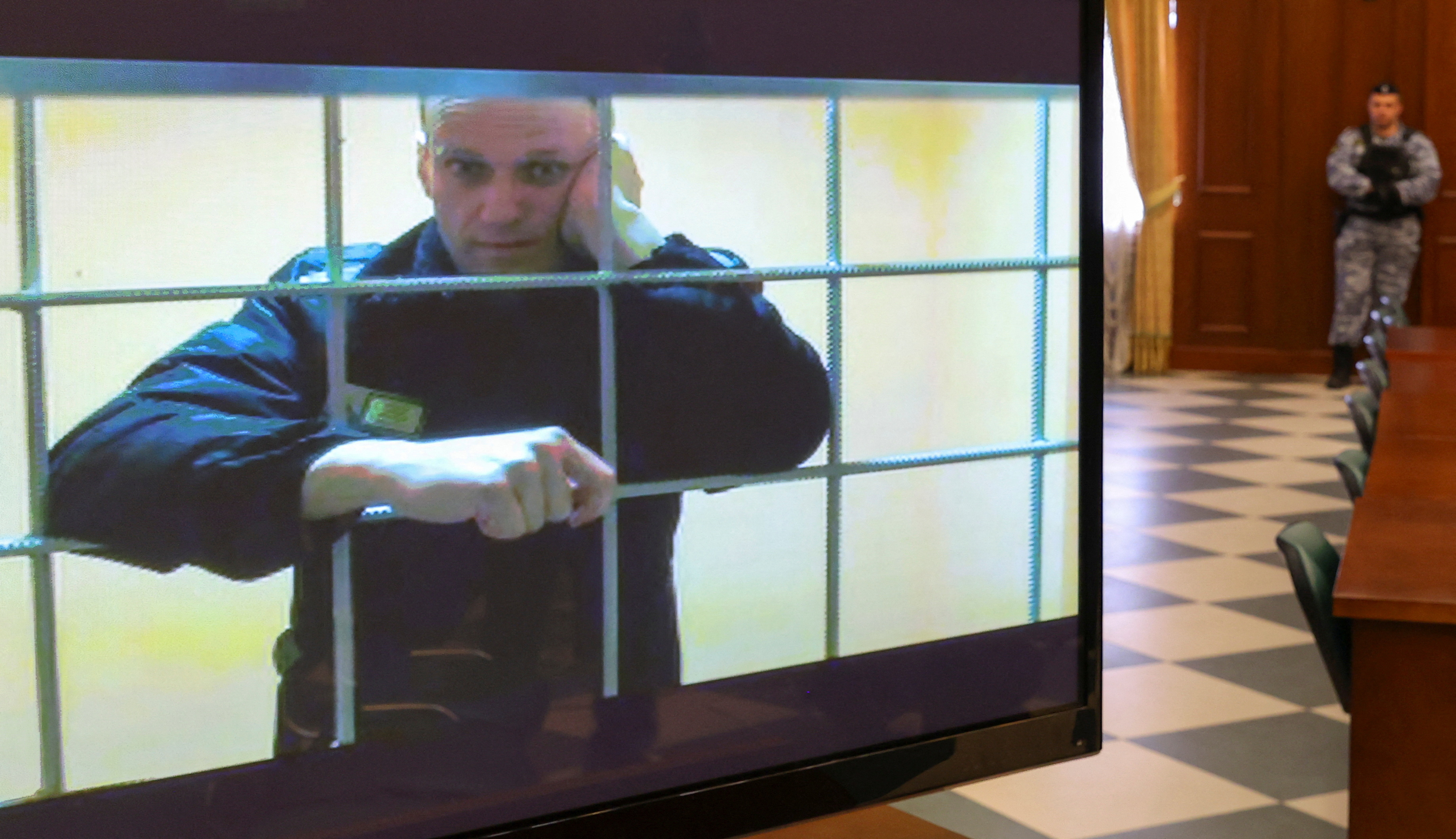 Russian opposition leader Alexei Navalny is seen on a screen via a video link from the IK-2 corrective penal colony in Pokrov during a court hearing to consider an appeal against his prison sentence in Moscow, Russia May 24, 2022. REUTERS/Evgenia Novozhenina/File Photo

Jailed Russian opposition politician Alexei Navalny on Thursday said he has been transferred to a solitary punishment cell, a development he said was clearly designed to shut him up.

Navalny, the most prominent domestic critic of President Vladimir Putin and a strong opponent of the war in Ukraine, is already serving prison terms totaling 11-1/2 years for fraud, contempt of court and parole violations, all of which he rejects as trumped-up charges.

Navalny said that just days before close family members had been due to arrive to see him, prison officials told him he was considered an “egregious offender” and would be transferred to a cramped cell, where long visits were not allowed.

“So I will not have any more visits … oh well, I’ll take it philosophically. They’re doing it to shut me up,” he said in a series of tweets.

“So what’s my first duty? That’s right, to not be afraid and not shut up,” added Navalny, saying the decision to slash visiting times reflected “the real indescribable bestiality, very characteristic of the Kremlin”.

He ended his series of tweets urging people to campaign against the war and Putin.

The Russian interior ministry did not immediately respond to a request for comment.

Last month Navalny said authorities had opened a new criminal case against him for promoting terrorism and extremism, potentially more than doubling his sentence.