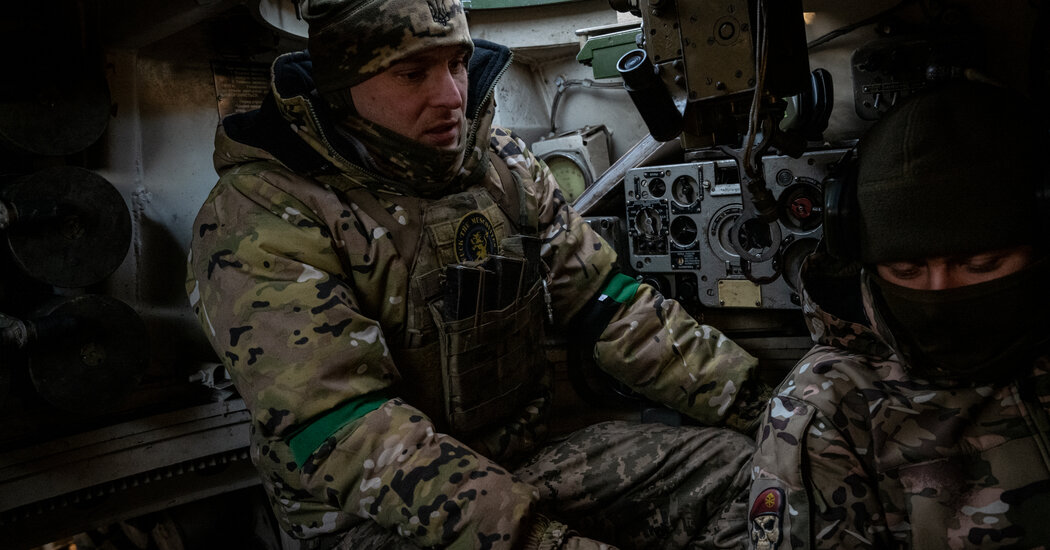 With the battle for Soledar, the founder of a mercenary army seeks a bigger role in Russia’s power structure.

The PMC Wagner Center, which is associated with the founder of the Wagner Group, in St. Petersburg, Russia.Credit…Olga Maltseva/Agence France-Presse — Getty Images

It has been a remarkable transformation. Nearly a year since Russia’s invasion of Ukraine, the head of Russia’s largest mercenary group, who had long denied ties to the military, has become in some ways the public face of Moscow’s war effort.

Yevgeny Prigozhin, the founder of the Wagner private military company, has come to exemplify Kremlin outsiders who are challenging Russia’s traditional elites, underlining how Moscow’s setbacks in Ukraine have been changing the country’s power structure, analysts say.

In recent months, Mr. Prigozhin has tried to position himself as the Kremlin’s indispensable military leader, even as he has stepped up his criticism of the Russian Defense Ministry. He has bolstered Russia’s decimated fighting ranks with tens of thousands of convicts recruited to his mercenary force, awarded medals, visited military cemeteries and, according to his frequent videos, appeared unexpectedly at the toughest sections of the front line.

This week, Mr. Prigozhin portrayed himself as the mastermind of what he presented as Russia’s biggest military success in months: a breakthrough in the eastern Ukrainian town of Soledar.

Standing in full battle gear, Mr. Prigozhin appeared surrounded by his fighters in what he claimed were the salt mines beneath Soledar, according to photographs released on Tuesday night by Russian state news agencies and Wagner-affiliated social media. Mr. Prigozhin claimed that the city was fully under his control and took full credit for the apparent success.

“No other forces apart from PMC Wagner fighters have participated in the assault on Soledar,” Mr. Prigozhin said in an audio message published on the Telegram messaging app, using a Russian acronym for private military companies.

Ukraine disputed his claim of a complete victory, saying on Wednesday that fighting continued in the western part of the town.

Notably, Mr. Prigozhin’s claims were also contradicted by the Kremlin and the Russian military. The Russian Defense Ministry said on Wednesday that its regular units were “fighting in the city,” and Dmitri S. Peskov, the Kremlin’s spokesman, said that the capture of Soledar would be an important, but costly, tactical success, rather than a turning point.

It was just the latest sign of tensions between Wagner and the Russian armed forces, which analysts say show that there is a struggle for President Vladimir V. Putin’s favor as the military outlook in Ukraine darkens.

In late December, Wagner fighters released a profanity-laden video addressed to the military high command, in which they accused it of withholding ammunition and causing the deaths of their comrades. Mr. Prigozhin responded to the video by saying, “When you’re sitting in a warm office, the frontline problems are hard to hear,” in apparent reference to the generals.

And last week, a prominent Telegram news channel affiliated with Mr. Prigozhin, called Grey Zone, discredited the Defense Ministry’s claim that it had killed 600 Ukrainian servicemen in an aerial strike, by publishing photos of an intact building that was supposedly destroyed.

Mr. Prigozhin’s attempts to take credit for the victory in Soledar show his growing political ambition and underline how Kremlin outsiders are challenging Mr. Putin’s traditional circle in the aftermath of Ukraine setbacks, said Abbas Gallyamov, the president’s former speechwriter, who has broken ties with him.

“Putin now depends so much on how effective his military will be, that when choosing a new minister he will not think of anything apart from how to increase that effectiveness,” Mr. Gallyamov wrote in a Facebook post. “I used to think of appointing Prigozhin as minister as craziness, but lately so much is happening in our country, that you can’t rule out anything.”