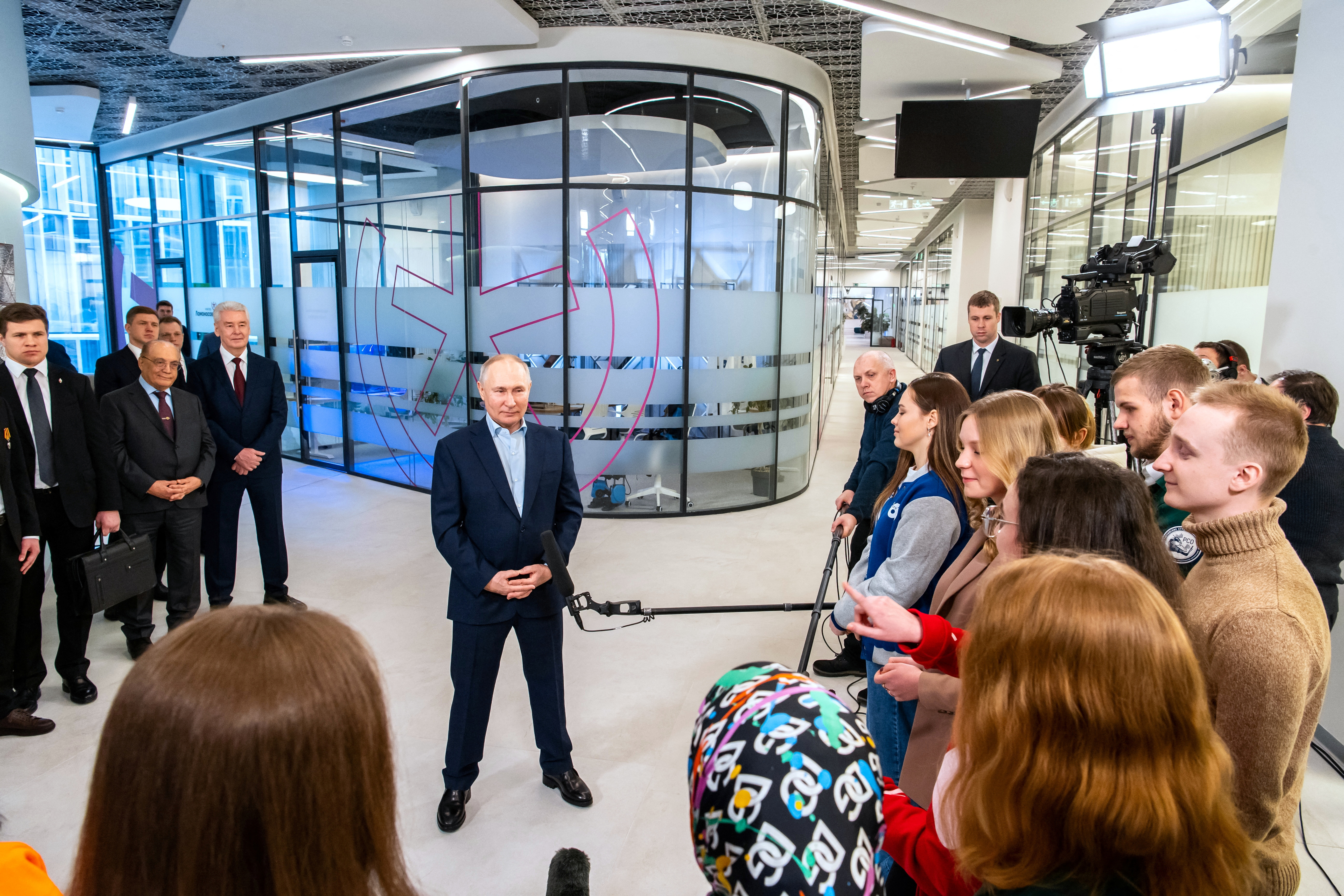 Russian President Vladimir Putin avoided commenting on Germany’s landmark decision on Wednesday to supply tanks to Ukraine during a visit to Moscow State University, instead dispensing career advice to students and fielding questions on other topics.

Germany’s announcement that it would send Leopard 2 tanks to Ukraine after weeks of pressure from its allies prompted a furious reaction from Russia’s foreign ministry and its embassy in Berlin, but the president steered clear of the issue.

Putin, a fluent German speaker who served in the former East Germany as a KGB officer, spent more than an hour responding to students’ questions on issues ranging from lost dogs to quantum technology, though the war in Ukraine also kept cropping up indirectly.

A student named Vladislav from the Russian-occupied Luhansk region of eastern Ukraine told Putin he had taken part last year in Moscow’s “special military operation” in Ukraine and his dream was to work for the FSB security service, which Putin once headed.

Putin, 70, thanked him for his service and said he would definitely take his FSB ambitions into account.

“People like you understand most acutely the importance of action to protect people… and Russia itself,” the president said. “Thank God that you are alive and well, people like you will be needed both in special services and the FSB.”

Another student said he had looked after his siblings aged 9, 10 and 16 when his mother left last year to work as a nurse at the front. Putin said he saluted her with a “deep bow”.

A young woman named Darya told Putin she dreamed of working in the presidential administration, and he responded that he would “definitely tip off the personnel department”.

Putin took a swipe at Western countries by suggesting some were using the Ukraine war as an excuse to “cancel” Russian culture – an oft-repeated but unsubstantiated claim by Moscow – but said Russians would continue to enjoy Beethoven and Bach.

“We are part of world culture,” he said.

In his remarks, Putin made only an indirect allusion to current international tensions, commenting that Germany “strictly speaking” remained under U.S. military occupation – a reference to allied troops stationed in the NATO country.

“Much of what is happening (now) has deep roots… Sovereignty will be returned to Europe, but it seems this will take time,” he added.