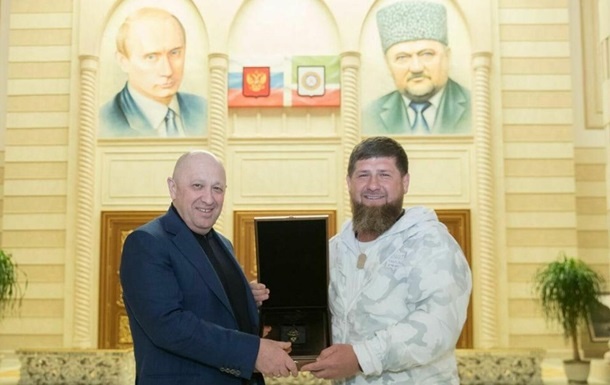 “Pryzhin and Kadyrov are people who, in order to preserve Putin’s power, have the right to create their own armies. These armies were created primarily to suppress any potential uprisings inside Russia,” explained Andriy Chernyak.

However, he added that the Kremlin has also used these forces during the war against Ukraine, Chernyak noted.

Prigozhin controls the private Wagner Group of mercenaries accused of war crimes in Africa, Syria and Ukraine. A close confidante of the Russian president, he is commonly referred to as “Putin’s chef” due to his restaurants having hosting dinners for various presidential meetings. Kadyrov is a colonel general in the Russian military and a close friend of Putin.

“Today, in the full-scale war against Ukraine, Kadyrov’s men are being used as barrier troops, preventing mobilized or other soldiers from retreating. The main task of Kadyrov’s army is to intimidate the Russian,” Chernyak noted.

He also said that “all funds that should be directed to the social security of Russians are being redirected to finance the armies of Kadyrov and Prigozhin.”

According to the Institute for the Study of War (ISW), Putin has become dependent on Wagner Group forces for his military operations in Ukraine.

On Nov. 6, Prigozhin confirmed that the Wagner Group is opening centers for the training and management of the people’s militia in the Kursk and Belgorod regions in Russia, with the intention that these forces will operate outside the Russian army.

Similarly, Kadyrov is also recruiting forces for the war in Ukraine separately from the Russian army. a