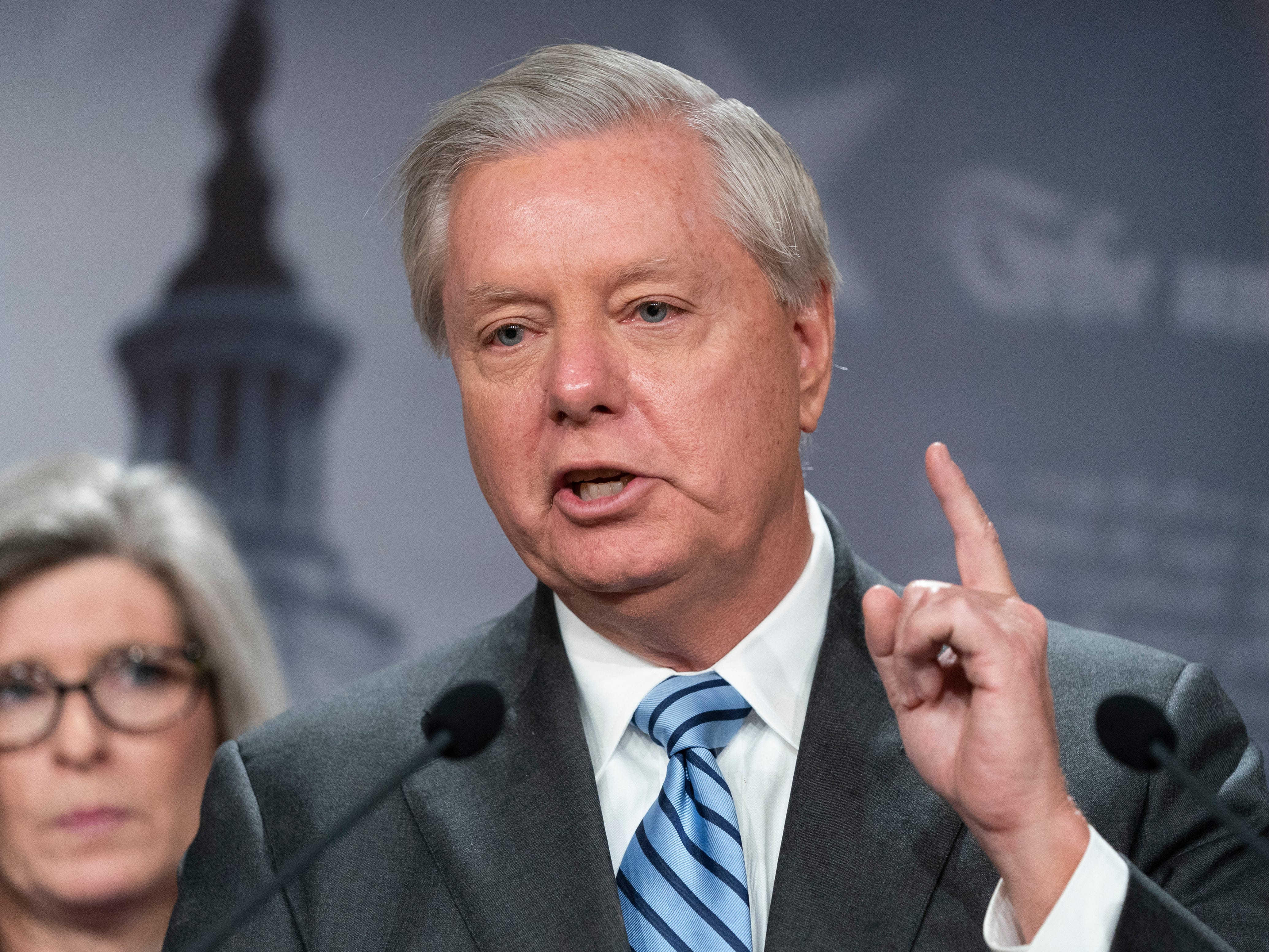 Sen. Lindsey Graham urged the US and Germany to send tanks to the Ukrainian military during a visit to Kyiv on Friday, as Western defense officials meeting in Germany failed to agree on sending the weapons.

The South Carolina Republican visited Ukraine along with Democratic Sens. Richard Blumenthal of Connecticut and Sheldon Whitehouse of Rhode Island. The three lawmakers, who have been supportive of sending additional aide to Ukraine, met with Ukrainian President Volodymyr Zelenskyy.

“All three of us, one Republican and two Democrats, share the same goal — for Ukraine to drive the Russians out of Ukraine. To achieve that goal, the Ukrainian military needs tanks,” Graham said during a press conference after the meeting and on Twitter. “I am tired of the shit show surrounding who is going to send tanks and when are they going to send them. Putin is trying to rewrite the map of Europe by force of arms. World order is at stake.”

Graham’s request came as American and German defense officials have been unable to agree on sending battle tanks to Ukraine. Kyiv has called for NATO and other European countries to send German-made Leopard 2 tanks, but doing so requires Germany’s approval, as Insider’s Jake Epstein previously reported.

German Chancellor Olaf Scholz has said he does not want to authorize sending the German-made tanks to Ukraine unless the US sends its own tanks, according to several reports. Kyiv has also called on the US to send powerful M1 Abrams tanks, but President Joe Biden has avoided doing so.

Western defense officials who met in Germany on Friday failed to come to an agreement on the matter, sparking criticism from officials in Ukraine and Poland. But officials from both the US and Germany suggested the latter may still authorize the Leopards to be sent and that in the meantime Germany would do an inventory of its own tanks. Poland has also said it may even send its Leopard tanks to Ukraine without Berlin’s approval.

“To the Germans: Send tanks to Ukraine because they need them. It is in your own national interest that Putin loses in Ukraine,” Graham said Friday. “To the Biden Administration: Send American tanks so that others will follow our lead.”