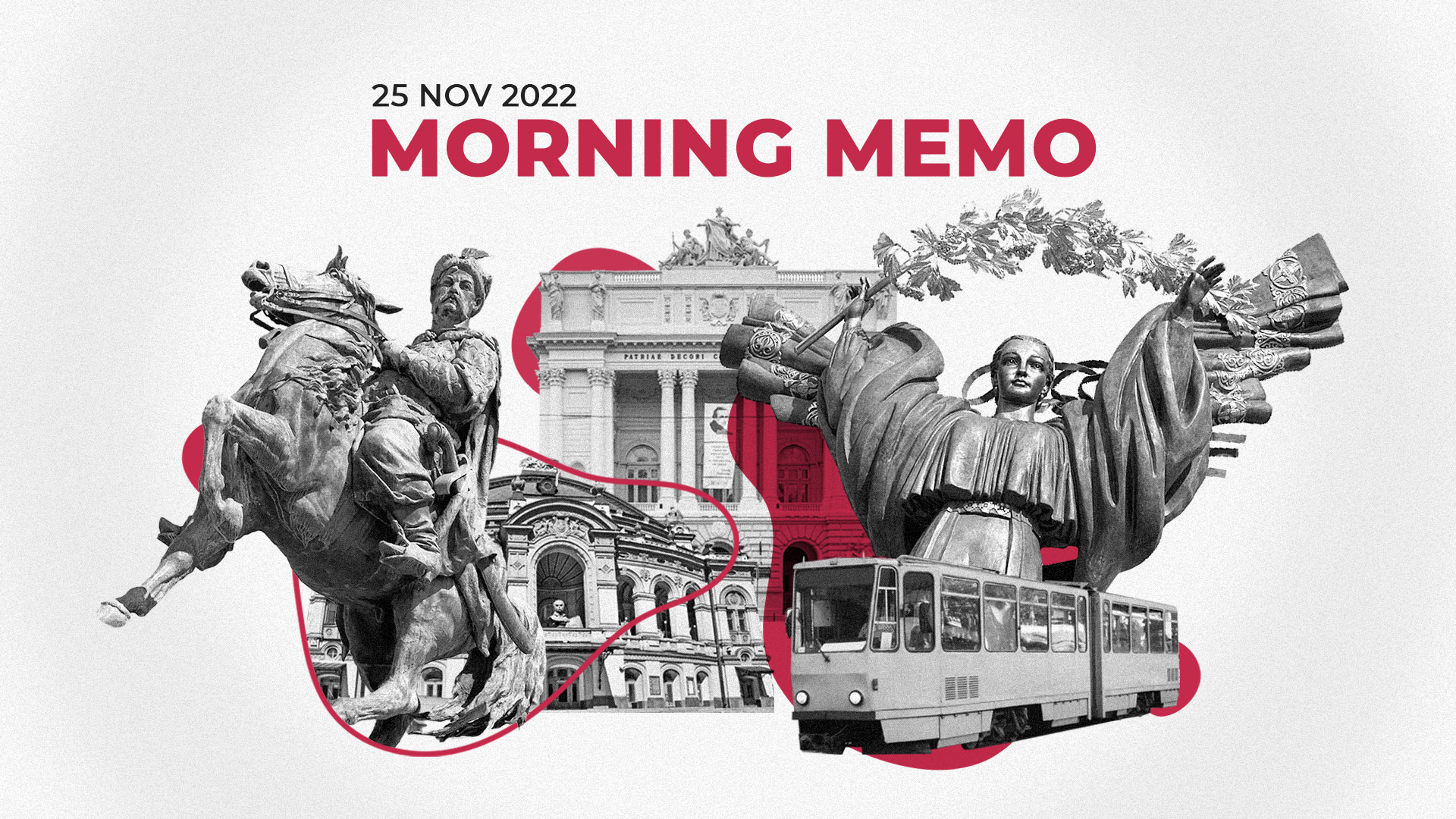 Good morning from a very foggy Kyiv where the damage to civilian infrastructure caused by Russia’s latest mass missile attack on Wednesday continues to cause major disruption both here and across the rest of Ukraine.

Today’s priority is the continuing repair work to the water and electricity supplies in towns and cities across the country. The situation remains grim, with winter setting in and temperatures in the capital hovering just above freezing.

Yet despite the bleak conditions, Ukraine remains defiant. In a BBC interview with Olena Zelenska on Wednesday, the Ukrainian first lady said: “We are ready to endure this.”

“We’ve had so many terrible challenges, seen so many victims, so much destruction, that blackouts are not the worst thing to happen to us.”

What has Zelensky said?

In his daily address on Thursday evening, President Zelensky acknowledged the “difficult” situation Ukrainians are currently facing, adding: “Special attention is being paid to the communication system. No matter what the terrorists are planning, we have to preserve communication.”

On Russia’s continuing tactic of bombarding cities from afar, Zelensky said this was because they “do not know how to fight.”

He added: “The only thing they can still do is terrorize. Either energy terror, artillery terror or missile terror – that’s all that Russia has degraded to under its current leaders.”

Any other news I need to know about?

Of course, here’s a roundup of the morning’s top stories:

What’s the situation on the front lines?

In its Nov. 25 Intelligence Update, the U.K.’s Ministry of Defence (MoD) focuses on the experiences of mobilized Russian reservists, outlining a number of serious problems they face and the massive casualties they’re suffering, as well as the political risk this situation poses to the Kremlin.

The MoD says: “In Donetsk Oblast, reservists have been killed in large numbers in frontal assaults into well-established Ukrainian defensive zones around the town of Bakhmut.

“The Kremlin will likely be concerned that an increasing number of reservists’ families are prepared to risk arrest by protesting against the conditions their relatives are serving under.”

And that’s it for today’s Morning Memo. Kyiv Post will bring you the latest news throughout the day and we’ll be back with another edition tomorrow.