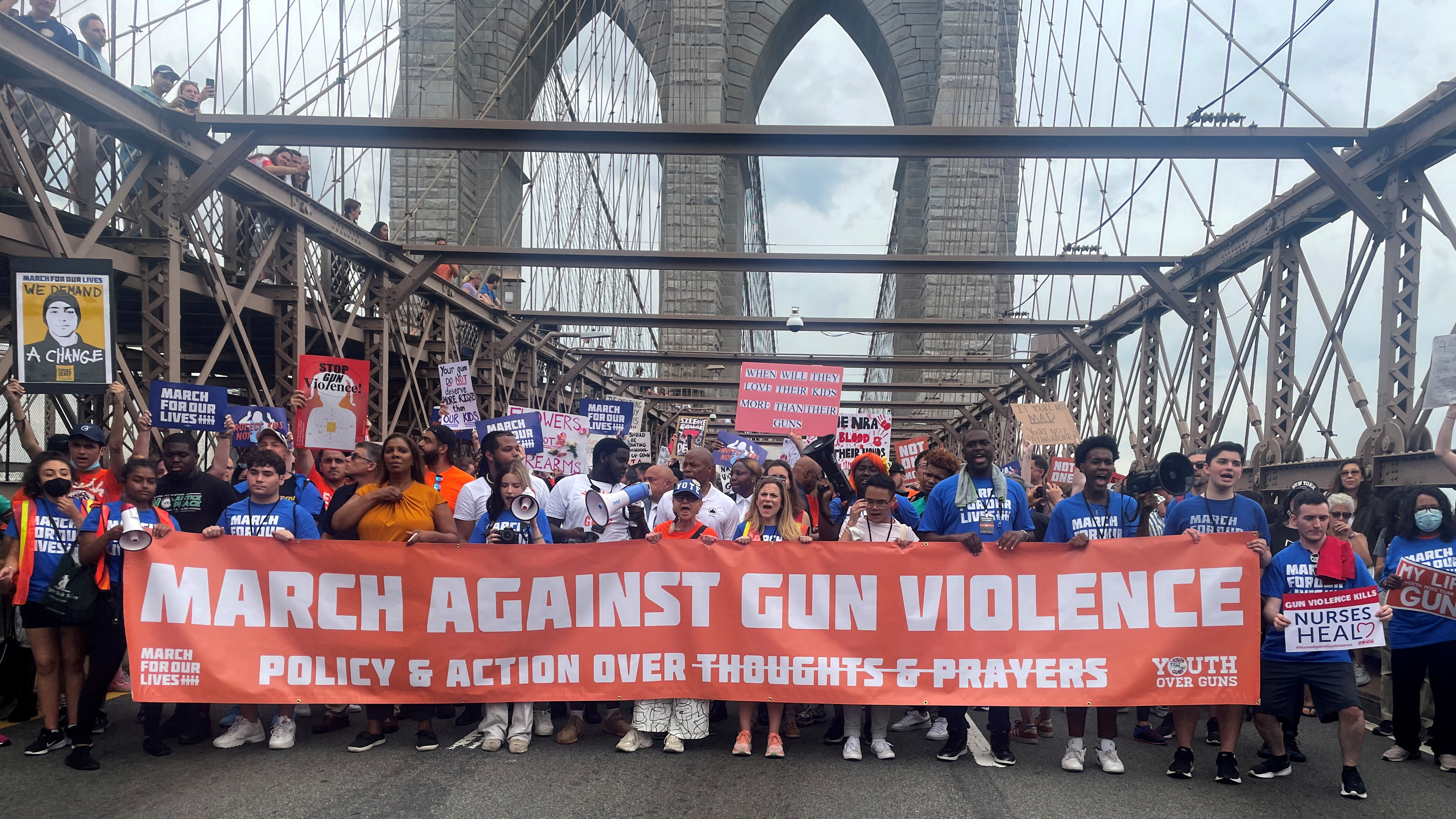 People cross the Brooklyn Bridge as they attend “March for Our Lives” rally, one of a series of nationwide protests against gun violence, New York City, U.S., June 11, 2022. REUTERS/Eric Cox/File Photo

A federal judge has blocked New York from restricting the carrying of guns on private property under a Democratic-backed law adopted following the U.S. Supreme Court’s June ruling that struck down the state’s strict gun permitting regime.

Tuesday’s ruling by U.S. District Judge John Sinatra in Buffalo struck down a provision in the law that made it a felony for a licensed gun owner to possess a firearm on any private property unless the property owner allowed it with a sign or by giving express consent.

The ruling marked the latest courtroom victory for gun owners challenging New York’s law, called the Concealed Carry Improvement Act, that as of Sept. 1 made obtaining a firearms license more difficult and barred firearms from a long list of “sensitive” public and private places. A federal appeals court has put on hold rulings by another judge that blocked major parts of the law including bars on people from carrying concealed guns in certain “sensitive locations.”

Sinatra ruled in a lawsuit by two firearms owners and two gun rights groups. The Firearms Policy Coalition, one of those groups, called the ruling a “monumental step” toward restoring the gun rights of New Yorkers.

Sinatra said the provision at issue was unconstitutional under the Supreme Court’s precedents including June’s ruling.

“Property owners indeed have the right to exclude,” Sinatra wrote. “But the state may not unilaterally exercise that right and, thereby, interfere with the Second Amendment rights of law-abiding citizens who seek to carry for self-defense outside of their own homes.”

In a court filing, the office of New York Attorney General Letitia James, a Democrat, said it would appeal.