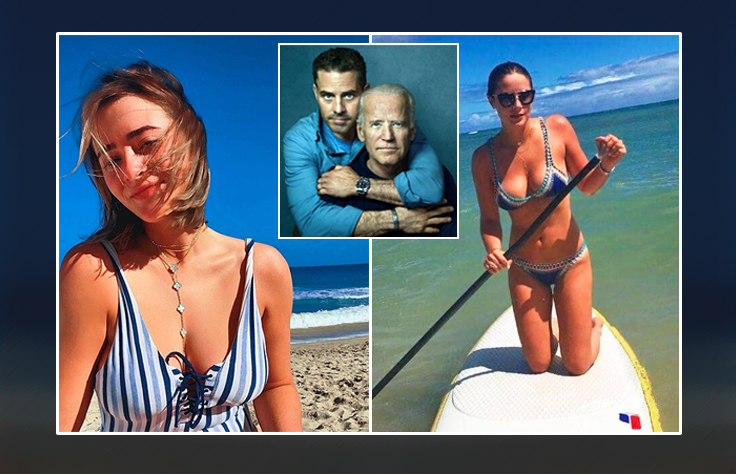 Naomi Biden, the oldest legitimate daughter of amateur adult film star Hunter Biden, lives at the White House with her fiancé and elderly grandfather, according to the New York Times.

The newsworthy revelation was included as an aside in a fawning piece about Naomi’s plans to marry her fiancé, former Hillary Clinton intern Peter Neal, at a White House ceremony on Saturday, which happens to be President Joe Biden’s last day as a mere septuagenarian. The hard-hitting journalists at CNN report that the wedding will offer a “youthful spin” for the president on his 80th birthday.

The news that one of Hunter’s legitimate daughters is living at the White House comes after House Republicans announced plans to investigate “all avenues” of Hunter’s shady foreign business arrangements, and the extent to which President Biden was aware of and helped facilitate his troubled son’s money-making ventures. It is not entirely clear why Naomi and Peter—both lawyers who could certainly afford their own apartment—are living in a taxpayer-funded mansion, and why it is just now being reported in a mainstream news outlet.

Hunter Biden has three legitimate daughters—Naomi (28), Finnegan (22), and Maisy (21)—as well as a four-year-old daughter born to a former stripper named “Dallas.” Hunter aggressively challenged his paternity in Arkansas state court until a DNA test determined with “scientific certainty” that he was indeed the child’s father, which prompted an undisclosed financial settlement with the mother, Lunden Alexis Roberts. In his 2021 memoir, Beautiful Things, the First Son described Roberts as “hardly the dating type.”

President Biden has repeatedly refused to acknowledge the existence of his own grandchild, Navy Joan Roberts, and declined to provide Secret Service protection after the child and mother were threatened by a deranged MMA fighter. The president’s callousness stands in contrast to how his legitimate offspring are treated. Hunter’s ex-wife Kathleen Buhle wrote in her own memoir, If We Break, that she received a large private hospital room after giving birth to Naomi—a “gift from the hospital” in exchange for which the doctor asked Kathleen to deliver a letter to her father-in-law, then a high-ranking U.S. senator.

Hunter cheated on Kathleen with many women, including Hallie Biden, his brother Beau’s widow.

Congrats on the wedding!