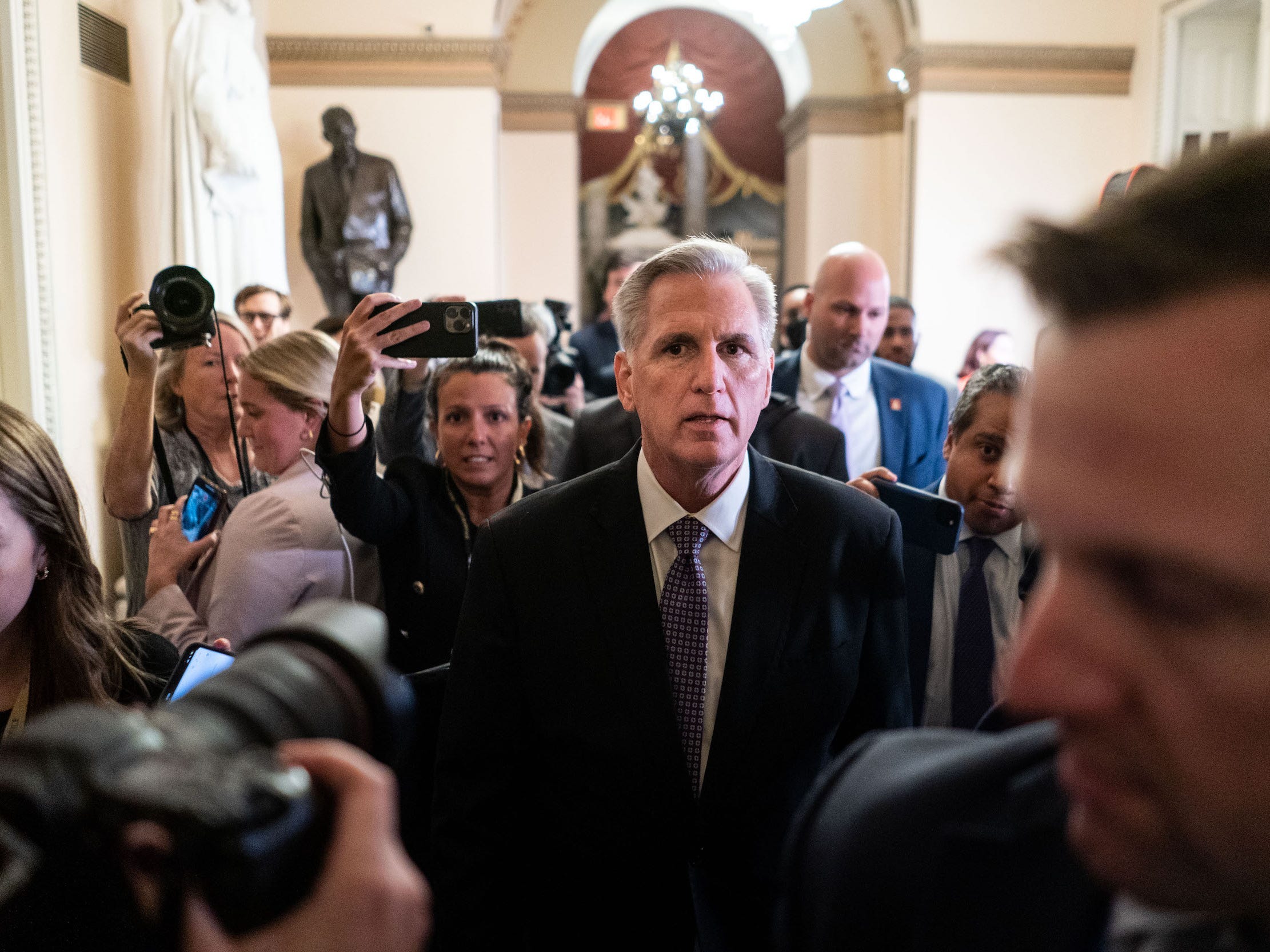 After being evasive about their plans for entitlement programs like Social Security and Medicare in the months leading up to midterms, the House GOP has begun to confirm its intention to cut spending on both.

That’s according to The Washington Post‘s Tony Romm, who reported that Republican lawmakers are willing to use the debt ceiling as a bargaining chip in order to get the Biden administration to cave on spending cuts to Medicare and Social Security. Failing to raise the debt ceiling by the summer could cause the US to default on its debt for the first time in history, the consequences of which would be dire.

“We have no choice but to make hard decisions,” Rep. Kevin Hern of Oklahoma, leader of the conservative Republican Study Committee, told The Post. “Everybody has to look at everything.”

The Post reported that in the past few days, a group of Republican lawmakers have pushed for House panels that would recommend changes to Social Security and Medicare.

Democrats control the Senate, and Republicans only have a slight majority in the House. But it’s enough of a majority to give them power over the debt ceiling, a law restricting the amount of money the government can borrow to pay its bills.

And that’s on top of the leverage that the most conservative members of the party have on the recently elected Speaker of the House, Rep. Kevin McCarthy. Conservative holdouts kept the vote for Speaker going a historically long time, and reports suggest that the concessions McCarthy made included promoting cuts to entitlement programs.

Additionally, Republicans have proposed converting Medicaid and Affordable Care Act subsidies to block grants, which would cut spending by $3.6 trillion over 10 years.

“That would obviously be strongly opposed by the Senate and the White House,” Edwin Park, a public policy professor at Georgetown University who focuses on health policy, told Insider, but “the holdouts were clear that they would hold raising the debt limit hostage to major spending cuts, and it is possible that smaller, damaging cuts to Medicaid could be on the table, even if the most draconian cuts are dropped.”

Although Republicans have been vague about the budgetary cuts they want in recent months, it’s becoming clearer that Social Security and Medicare are among their major targets, even as both programs are extremely popular among Americans.

So popular, in fact, that former President Donald Trump recently warned the GOP to keep them out of debt ceiling negotiations.

The fight to raise the debt ceiling isn’t a new problem for Congress. Historically, the limit on the amount of money the government can borrow has been raised in a bipartisan fashion. But in the last decade, Republicans have begun entertaining using the debt ceiling as a bargaining chip to accomplish their own policy goals.

The White House, and Democratic lawmakers, have criticized the GOP using the debt limit to implement cuts to Medicare and Social Security.

“They claim their plan to use the debt ceiling to trigger global economic chaos is about fiscal responsibility. It’s not,” Massachusetts Sen. Elizabeth Warren wrote in a Boston Globe op-ed this month. “The House Republican plan for the debt ceiling is about protecting the wealthy and the well-connected from paying their fair share in taxes — nothing more and nothing less.”