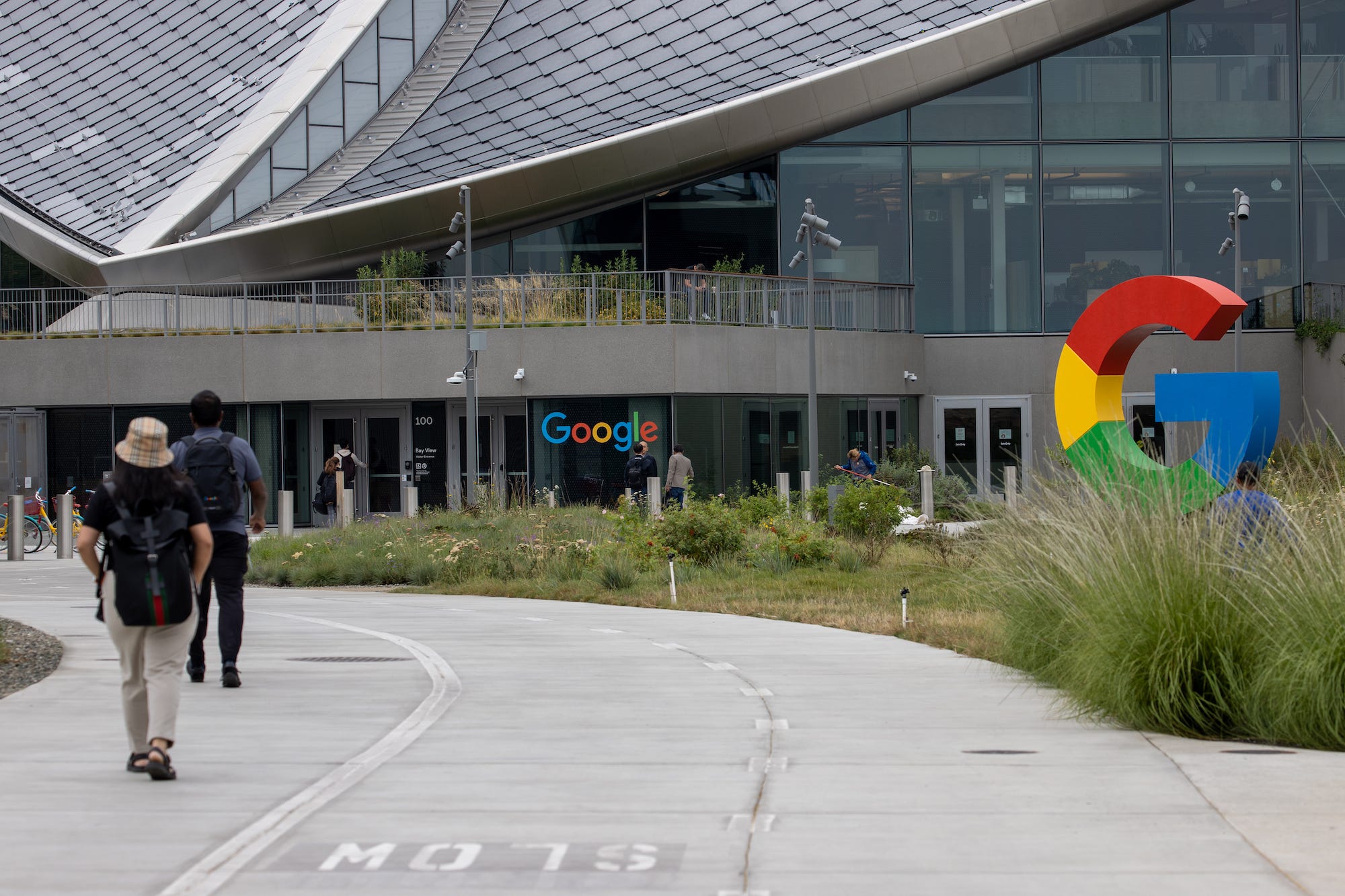 27 massage therapists were laid off from Google’s Mountain View office, pictured above.

The Google employees who managed to avoid mass layoffs last week may have to continue doing their jobs without on-site massages.

Out of the 12,000 employees Google let go last Friday, 31 of them were massage therapists based in California, according to WARN (Worker Adjustment and Retraining Notification) notices that Google filed with California on January 20.

Twenty-seven massage therapists were let go from Google’s Mountain View office, the filings show. Two more were based in Los Angeles, and one each in San Bruno and Irvine.

The WARN filings present the breadth of Google’s layoffs. Staff in California who have lost their jobs include members of the company’s corporate counsel, a diversity specialist, recruiting specialists, and dozens of directors across various divisions.

“The fact that these changes will impact the lives of Googlers weighs heavily on me, and I take full responsibility for the decisions that led us here,” Pichai wrote in a memo e-mailed to his staff last Friday.

Google didn’t respond to Insider’s request for comment before publication.

Google, which is known for its generous staff perks, gave employees free massages based on their performance.

The decision to let go of a number of massage therapists comes as the company makes moves to eliminate other office perks as part of its cost-cutting measures.

In recent months, Google curbed its spending on employee travel, restricting it to “business critical” trips only and not allowing travel for social events or offsite team meetings.

Zac Bowling, a Google engineer who was laid off on Friday, told Insider that the perks had become “less interesting” over his eight years at the company.

Google isn’t the only tech titan trimming its perks.

Meta — which cut tens of thousands of jobs late last year — reduced a health and wellness benefits by $1,000, removed free on-site laundry, and put an end to a Lyft subsidy program worth $200 a month.

And Twitter, which has laid off thousands of workers since Elon Musk took over in October, has stopped paying for home internet and WiFi costs, training and development programs, and Camp Twitter, a company-wide group event.