This year, Russia’s brutal invasion of Ukraine caused the most rapid escalation of economic statecraft we may have ever witnessed. Coordinated Western sanctions have isolated Russia and limited its access to advanced technologies. The United States is now applying export controls to China, invoking the powerful Foreign Direct Product Rule (FDPR) in the largest escalation of economic statecraft against China since the trade war in 2020.

In this edition of the Global Sanctions Dashboard, we walk you through the Fall sanctions against Russia and Iran, explain the implications of US semiconductor export controls against China, and show you the projected sanctions trends in 2023.

New sanctions: Russia continues to be the top target

During the fall, sanctioning authorities around the world designated nearly 740 entities and individuals for their contributions to Russia’s unjust war against Ukraine. In response to Putin’s annexation of Luhansk, Donetsk, Kherson, and Zaporizhia, the United Kingdom imposed export bans targeting sectors that are highly reliant on Western goods and services. The new sanctions cut off Russia’s access to IT, engineering and other key services. The United Kingdom anticipates that these measures will halt Russia’s technological advancement. Targeting Russian industries that heavily rely on Western imports of goods or services has proved to be an effective policy, as multilateral export controls have resulted in the 70 percent reduction in semiconductor imports to Russia.

Like the United Kingdom, Canada also doesn’t show any signs of slowing down with Russia sanctions. It has sanctioned high-ranking government officials and frozen their assets. Notably, Canada has become the first country outside Ukraine to announce a rollout of a new Ukraine Sovereignty Bond. The proceeds of these Canadian government-backed five-year bonds will be channeled to Ukraine through the International Monetary Fund. Combining punitive measures against Russia with financial assistance to Ukraine will likely be a more effective policy than imposing sanctions and export controls alone.

Beyond Russia, Western authorities have kept their eyes on Iran too, imposing 115 new sanctions. There were hopes that Iran would scale back its nuclear program in exchange for the United States lifting energy sanctions. However, due to Iran’s violent crackdown against ongoing anti-government protests, the Western authorities ratcheted up sanctions instead of scaling down. Sanctions on the Iranian officials could deter others from committing human rights violations, knowing that they would also lose access to US financial institutions. However, this will work only with individuals who have significant dealings with US financial institutions and unfortunately cannot solve Iran’s systemic discrimination against women.

Will sanctioning Russia continue at the current pace in 2023?

As one of the most intense years for sanctions and economic statecraft observers draws to a close, we consider whether the current tempo of new sanctions will continue in 2023. Sanctions-wielding authorities around the world will be monitoring three key trends:

Observing trends: Do sanctions pose a threat to the hegemony of the US dollar?

The slight fall in dollar reserves held worldwide has been noticed by economic statecraft observers. We would caution against a rash interpretation. Reserves are bought and sold by governments to support their currencies. In a year when the US dollar has gained 6 percent against emerging market currencies, it is almost surprising that holders of dollar-denominated reserves have not shed more. Clearly, oil exporters will have increased their holdings because they sell this lucrative commodity for the US dollar.

Our Senior Fellow Carla Norrlof in her original research for our Frankfurt Forum, showed that holdings in yuan have increased this year by 6.2 percent from a very low base. Reports of the death of the dollar hegemony are much exaggerated.

The United States recently invoked the powerful Foreign Direct Product Rule (FDPR) to restrict the exports of highly advanced semiconductors to China. The United States and its allies have a near monopoly on advanced semiconductor production, making export controls an effective tool for depriving countries such as Russia and China of the latest state-of-the-art chips. Unlike most sanctions and export controls that require compliance from US persons, FDPR obliges companies outside the United States to obtain a license before exporting high-end semiconductors to China if they used US software or hardware in the production process. FDPR’s implications are significant for China’s technological advancement because US software tends to be used by most semiconductor manufacturers around the world.

Recent artificial intelligence export controls are the biggest escalation in coercive measures against China since the trade war. In 2020, the US Department of Commerce’s Bureau of Industry and Security added nearly three hundred entities to its Entity List–meaning US persons must obtain a license before exporting controlled items to those entities. But the recent FDPR goes beyond the United States. It aims to restrict the flow of all advanced semiconductors that could be used for military production and supercomputing.

Numbers cannot tell us the whole story, but if Western countries imposed sanctions at the scale they did in 2022, we would reach more than 36,500 sanctions by the United States, United Kingdom, European Union, Switzerland, Canada, and Australia in the first quarter of 2023. This is mostly driven by Russia: as long as the war in Ukraine goes on, sanctioning will continue. Meanwhile in Iran, the prospect of reaching a nuclear deal is becoming weaker as the Iranian government engages in human rights violations and supplies Russia with drones. Against China, the United States might not choose financial sanctions as the main economic tool, but it will keep using export controls and most likely create a new authority for screening outbound investment to China. 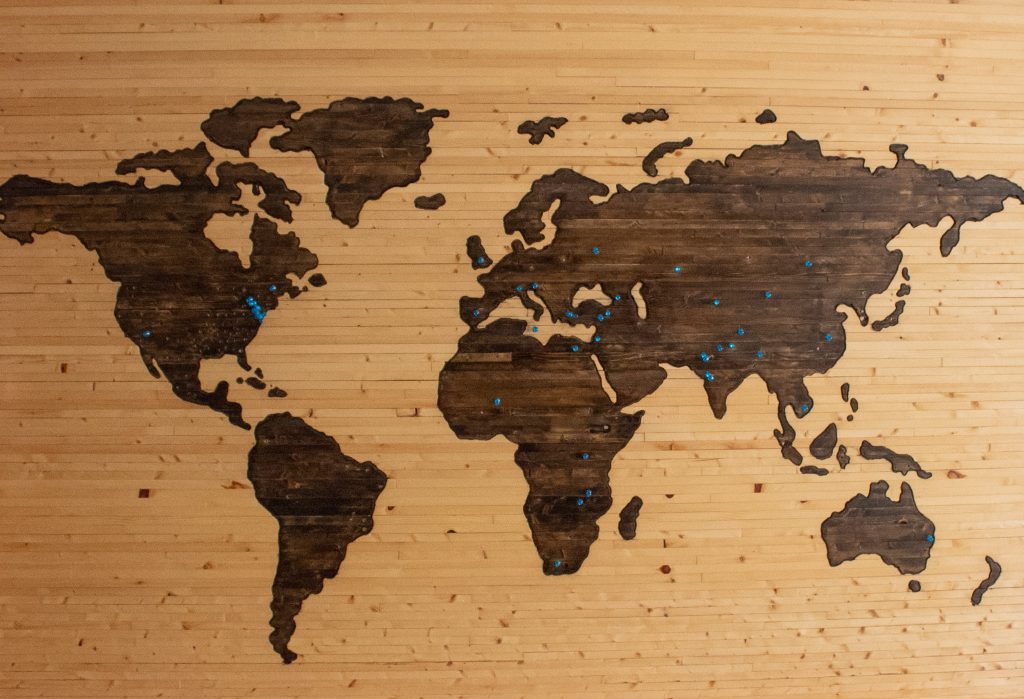 The Global Sanctions Dashboard provides a global overview of various sanctions regimes and lists. Each month you will find an update on the most recent listings and delistings and insights into the motivations behind them.

At the intersection of economics, finance, and foreign policy, the GeoEconomics Center is a translation hub with the goal of helping shape a better global economic future.