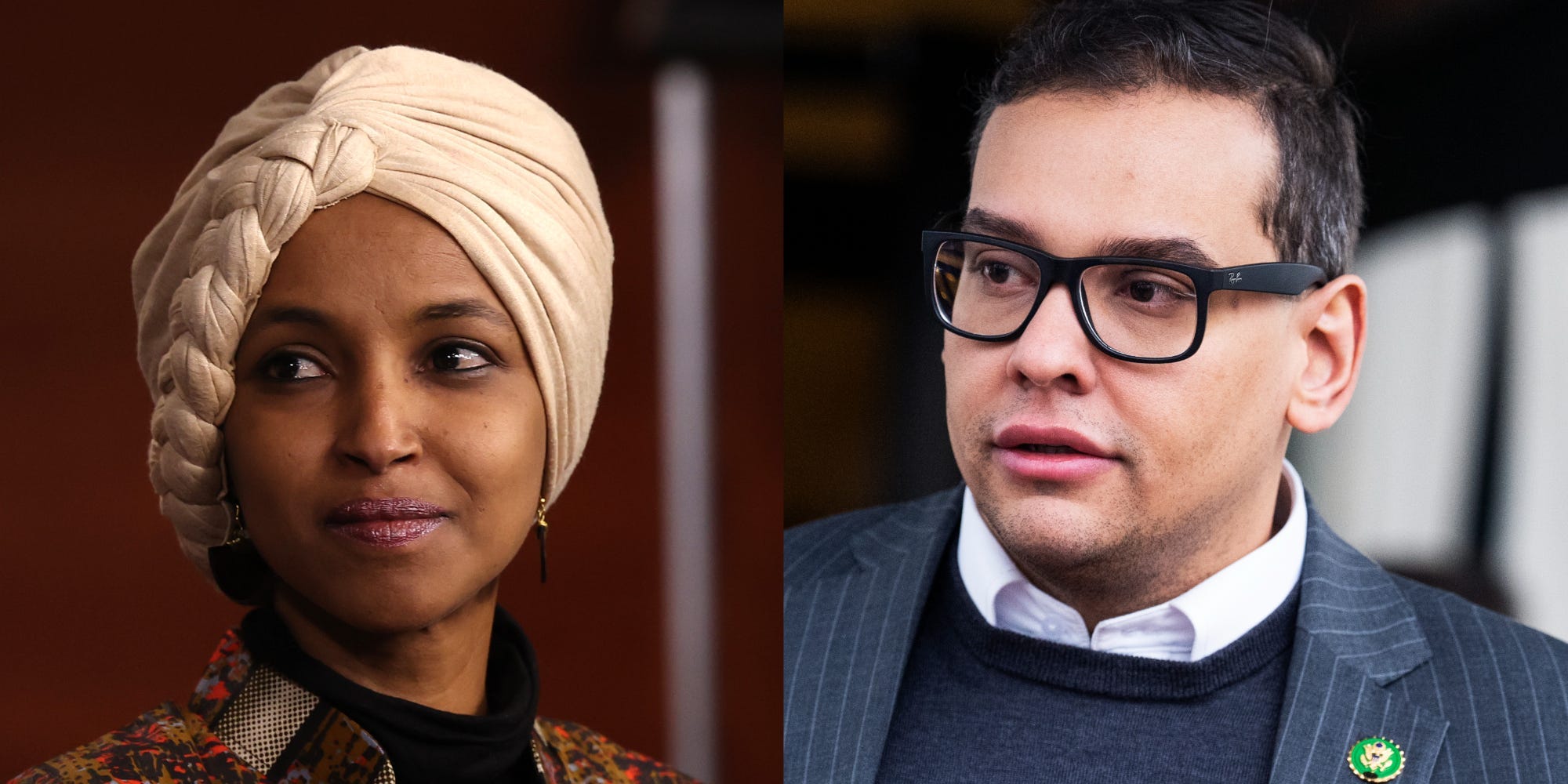 Rep. Ilhan Omar’s continued service on the House Committee on Foreign Affairs may ultimately be decided, in part, by George Santos.

House Speaker Kevin McCarthy is poised to hold a vote in the coming weeks on a resolution that would remove the Minnesota Democrat from the committee, citing comments she made years ago about Americans’ support for Israel.

But two Republicans — Reps. Nancy Mace of South Carolina and Victoria Spartz of Indiana — have said they will oppose the effort.

And Santos — who has admitted to lying about his purported Jewish background by claiming that he was simply saying “Jew-ish” — told Insider at the Capitol on Wednesday that he had not decided how he’ll vote on the matter.

Santos, currently battling allegations that he once performed in drag in Brazil, was then interrupted by a man filming with his cellphone who asked the Long Island congressman who he thinks will win this season of “RuPaul’s Drag Race.”

“I have not watched this season of Drag Race,” Santos replied.

As he boarded an elevator, Santos re-affirmed that he hadn’t decided how he would vote on Omar.

McCarthy can only lose a handful of Republican votes on the resolution in a closely divided House, and several other Republicans have said they’re undecided. Democrats are expected to remain unanimous in voting to keep Omar on the committee.

That makes Santos’s decision on the matter pivotal to Omar’s future.

Santos, who once claimed to be a “proud Jew” and the descendant of Holocaust survivors, owned up to lying about that aspect of his background after reporting revealed it to be a fabrication. Some fellow Republicans have cited that lie in particular as they’ve called for him to resign from Congress.

The effort to block Omar from serving on Foreign Affairs is part of a broader effort by McCarthy to deny committee seats to Democrats, in part as retribution for a duo of bipartisan votes that removed Republican Reps. Marjorie Taylor Greene of Georgia and Paul Gosar of Arizona from their committees over violent rhetoric during the last Congress.

McCarthy also officially rejected the appointments of Democratic Reps. Adam Schiff and Eric Swalwell of California to the House Permanent Select Committee on Intelligence on Tuesday, accusing Schiff of lying to the public ahead of former President Donald Trump’s first impeachment and pointing to Swalwell’s brief association with a Chinese spy.

As House Speaker, McCarthy has the unilateral ability to reject Jeffries’s picks for any select committee but must subject votes for the Foreign Affairs Committee to a full floor vote.

McCarthy and other Republicans have pointed to comments that Omar made about Israel during her first term, when she insinuated that American support for the Jewish nation was primarily rooted in money. Many members of Congress, including some Democrats, said the comments were anti-Semitic.

Omar apologized at the time, and on Wednesday, she called the effort to remove her from the committee was a “political stunt.”