A U.N. spokesperson said a three-truck convoy brought aid to around 800 people close to Soledar in Ukraine’s eastern Donetsk region on Friday, the first such delivery to the area by the global body as it seeks to step up front-line aid in the war.

The supplies of food, water, hygiene and medicines were being offloaded on Friday morning in areas controlled by the Ukrainian government, Jens Laerke from the United Nations Office for the Coordination of Humanitarian Affairs (OCHA) said.

He did not give an exact location, in an area that has been subject to intense fighting between Ukrainian and Russian forces, but said the vehicles departed from Dnipro.

“People there are in dire need of aid so we are indeed happy this convoy has reached (them),” Laerke added.

He gave no details of how OCHA was able to ensure the safety of the U.N. convoy, saying only that the parties to the conflict were notified in advance.

He said OCHA was seeking to increase the number of aid convoys close to the frontlines and that more were expected in the days ahead. 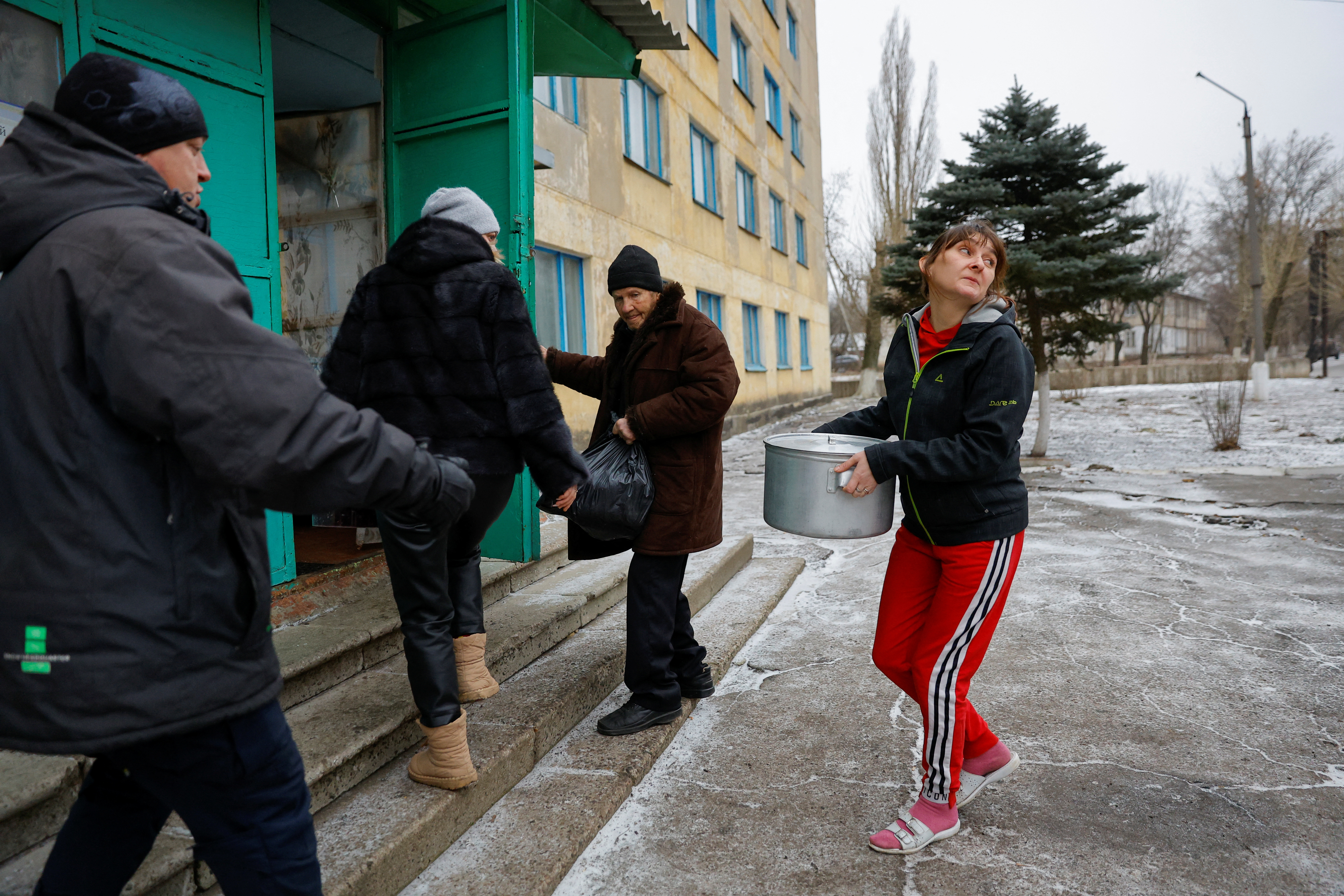 People, including civilians evacuated from the salt-mining town of Soledar in the course of Russia-Ukraine conflict, enter a temporary accommodation centre located in a local dormitory in Shakhtarsk (Shakhtyorsk) in the Donetsk Region, Russian-controlled Ukraine, January 14, 2023. REUTERS/Alexander Ermochenko 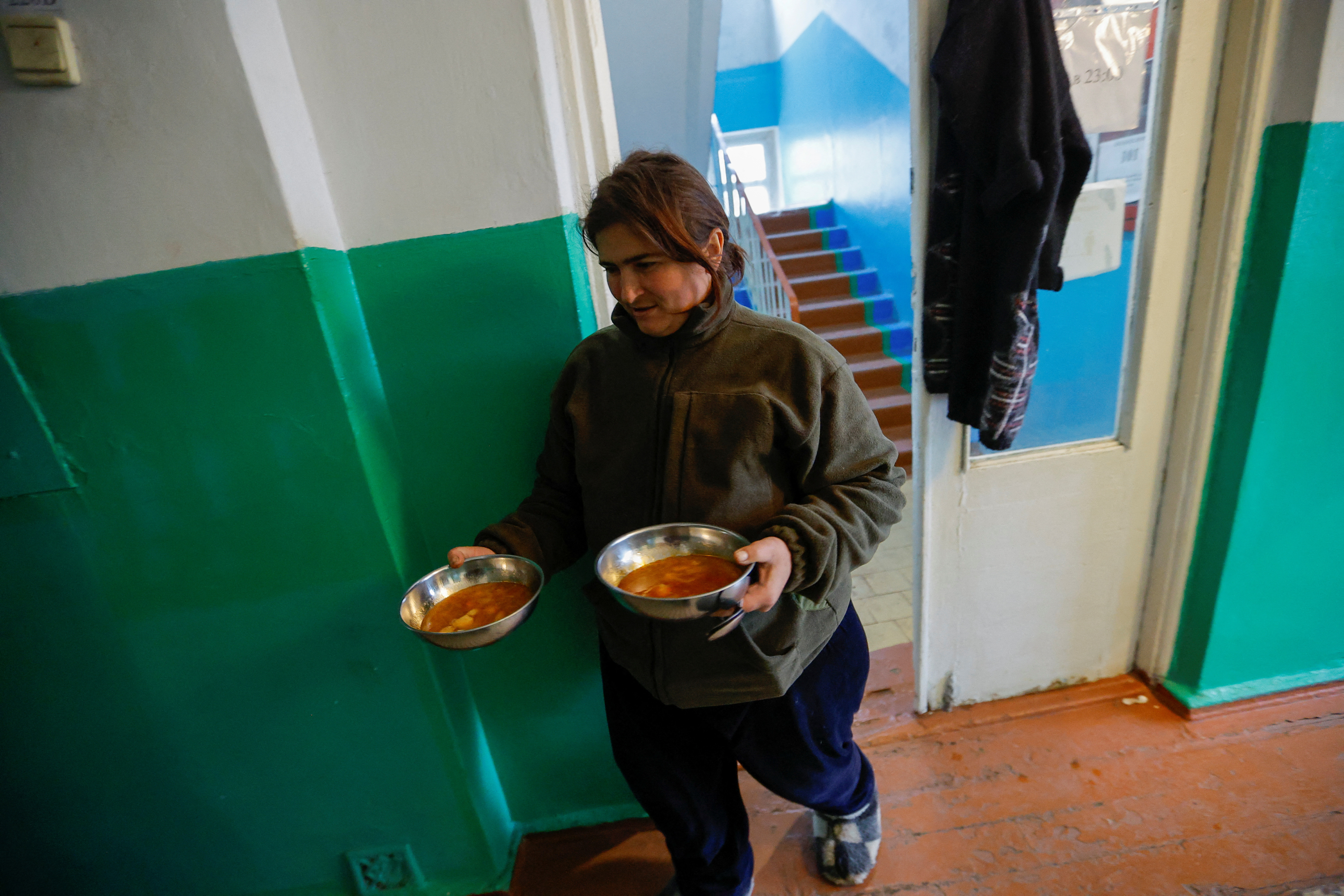 Yelena Bakumenko, 34, who is a civilian evacuated from the salt-mining town of Soledar in the course of Russia-Ukraine conflict, carries soup plates in a temporary accommodation centre located at a local dormitory in Shakhtarsk (Shakhtyorsk) in the Donetsk Region, Russian-controlled Ukraine, January 14, 2023. REUTERS/Alexander Ermochenko
Advertisements
Advertisements