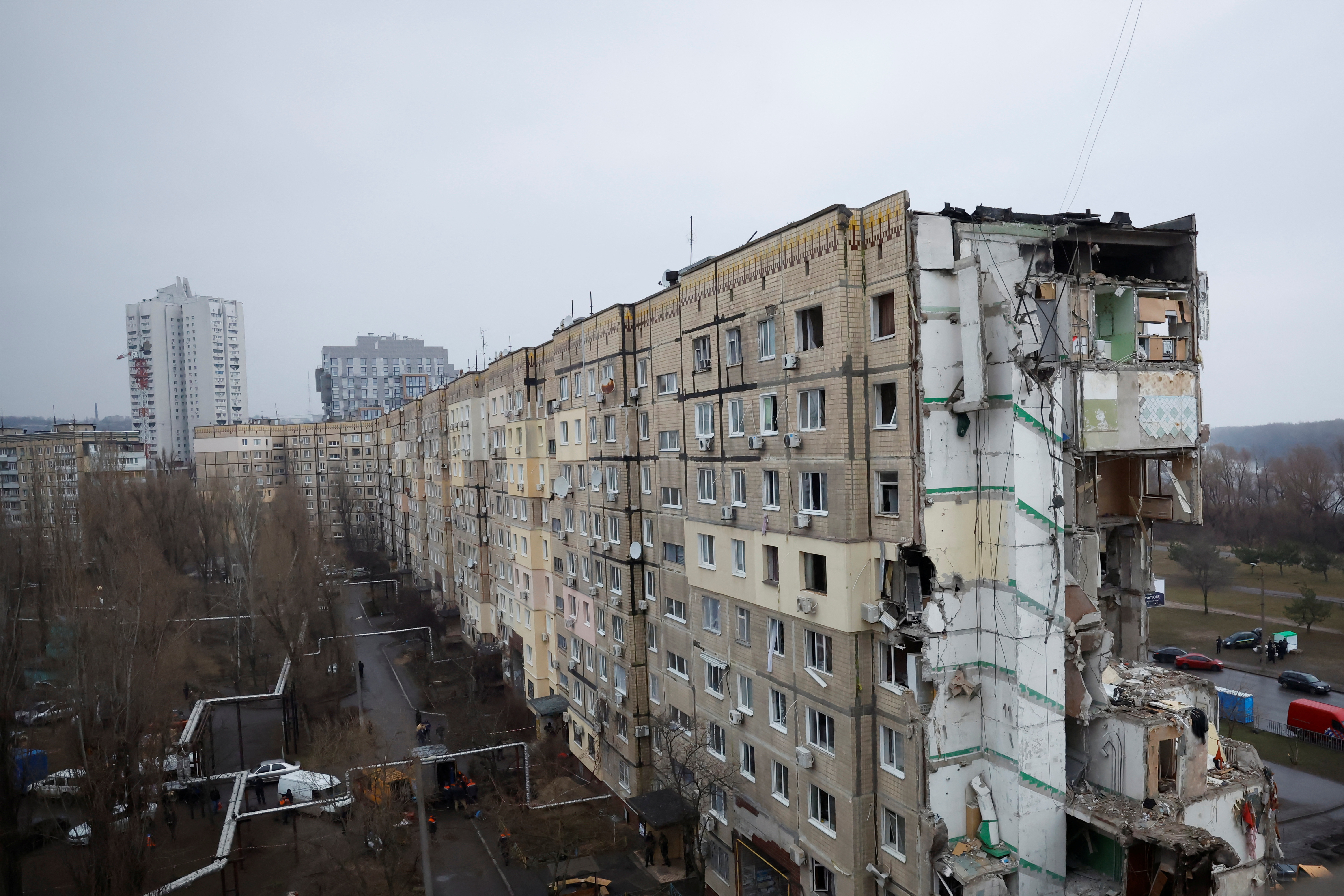 General view of the site where an apartment block was heavily damaged by a Russian missile strike, amid Russia’s attack on Ukraine, in Dnipro, Ukraine January 18, 2023. REUTERS/Clodagh Kilcoyne

Finland announced on Friday a new donation of more than 400 million euros ($434 million) worth of defence equipment for Ukraine, not including Leopard 2 heavy tanks which it said it could also send if there is an agreement with allies.

The new donation would triple the total value of Finland’s defence aid to Ukraine, bringing the total so far to 590 million euros, the Defence Ministry said in a statement.

Miika Pynnonen, special adviser to Finland’s defence minister, said a decision on donating Leopard 2 tanks, of which Finland has some 200, would be taken separately, following discussions with allies at Ramstein air base in Germany.

“I can only say that this package does not include Leopard tanks. (…) It consists of heavy weaponry and ammunition,” Pynnonen told Reuters.

Finland had earlier indicated it could send the German-made Leopard tanks if there were agreement among allies.

Donation of the newest aid package became possible with the help of neighbouring Sweden, which agreed to help Finland quickly replace the donated equipment in case of a crisis. The two historically neutral Nordic countries are simultaneously applying to join the NATO Western military alliance NATO.

The defence ministers of Finland and Sweden are to sign a Statement of Intent (SoI) on support for Ukraine in Ramstein later today, the Finnish ministry said.

Under that agreement “Finland supplies defence materiel to Ukraine, and Sweden expresses its readiness to support Finland as necessary,” it said.

The Swedish minister of defence, Pal Jonson, said the two countries “are each other’s closest allies and today’s letter of intent shows that there is no predetermined limit to how this cooperation can develop”.