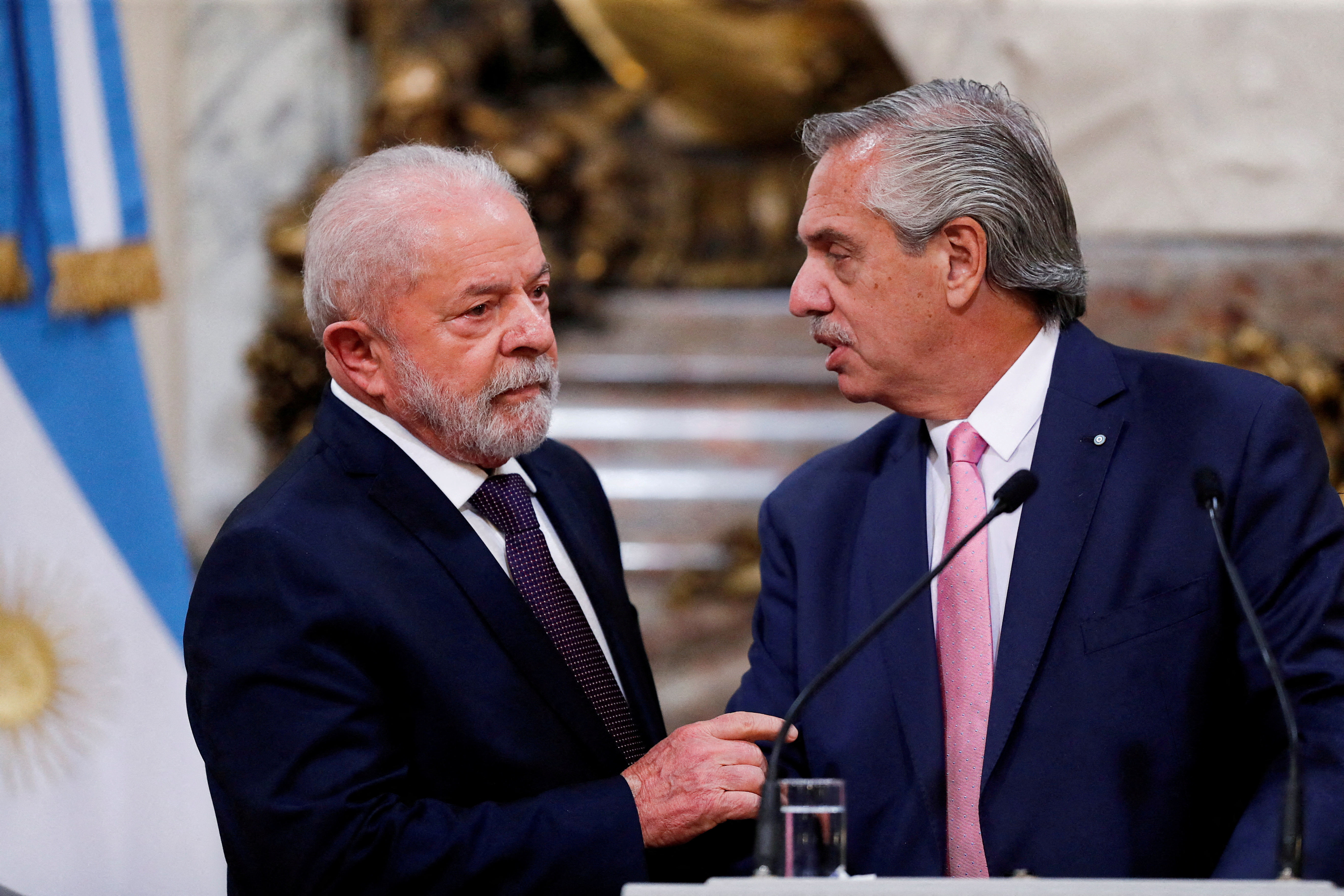 Brazil and Argentina sparked some excitement on Sunday over the possibility of a potential “currency union“, though the two countries are unlikely to ditch the real or peso any time soon. So what is the plan all about?

WHAT DID THEY SAY?

That sparked off chatter about a European Union-style zonal currency for South America, though officials have since played that down and analysts say a full-on currency union is a distant prospect.

Lula has since said that early talks are focused on developing a shared unit of value for bilateral trade to reduce reliance on the U.S. dollar.

Brazil’s Executive Secretary of the Finance Ministry, Gabriel Galipolo, told Reuters that the “regional unit of account” would come alongside expanded credit to support exports to Argentina through banks that operate in the country.

He said that Brazil’s government would offer guarantees to banks that helped provide financing, while Argentina, a major grains exporter, would have to provide collateral via hard assets like grains, gas or oil.

Under the plan, the Brazilian real and Argentine peso would continue to exist, with the new tender targeted narrowly at trade. That’s very different from, say, the euro, which is used for all kinds of transactions within the European bloc.

The tender would be used in clearing houses to execute trade payments between the two countries, helping in part to trim reliance on the dollar. That is key for Argentina, which is grappling with low foreign currency reserves after years of debt crises.

“This currency would not circulate within Brazil or Argentina. It’s specifically to be a common denominator of trade exchanges,” said Fabio Terra, professor of Economics at the Federal University of ABC.

How the new currency would be valued is still to be debated, but the Brazilian government is looking at stablecoins as a possible reference, Galipolo told Reuters.

Digital stablecoins, pegged to an asset like gold, or major currencies such as the euro, pound, and U.S. dollar, have emerged as issuers seek to expand uses for digital currencies, which are generally unregulated and volatile.

“It is obvious that the real will have the greatest weight in the equation because it is the most liquid currency we have in the international market,” Galipolo said.

In the late 1980s, Brazil and Argentina discussed the idea of a shared currency for trade called the ‘gaucho’, which fell by the wayside due to challenge implementing the idea. In 2019, former Brazilian President Jair Bolsonaro touted plans for a currency union, which also never materialized.

The economic team of Brazil’s government, however, now thinks a combined trade-focused tender and beefed-up financing could help the South American country claw back trade with Argentina it has lost to China in recent years.