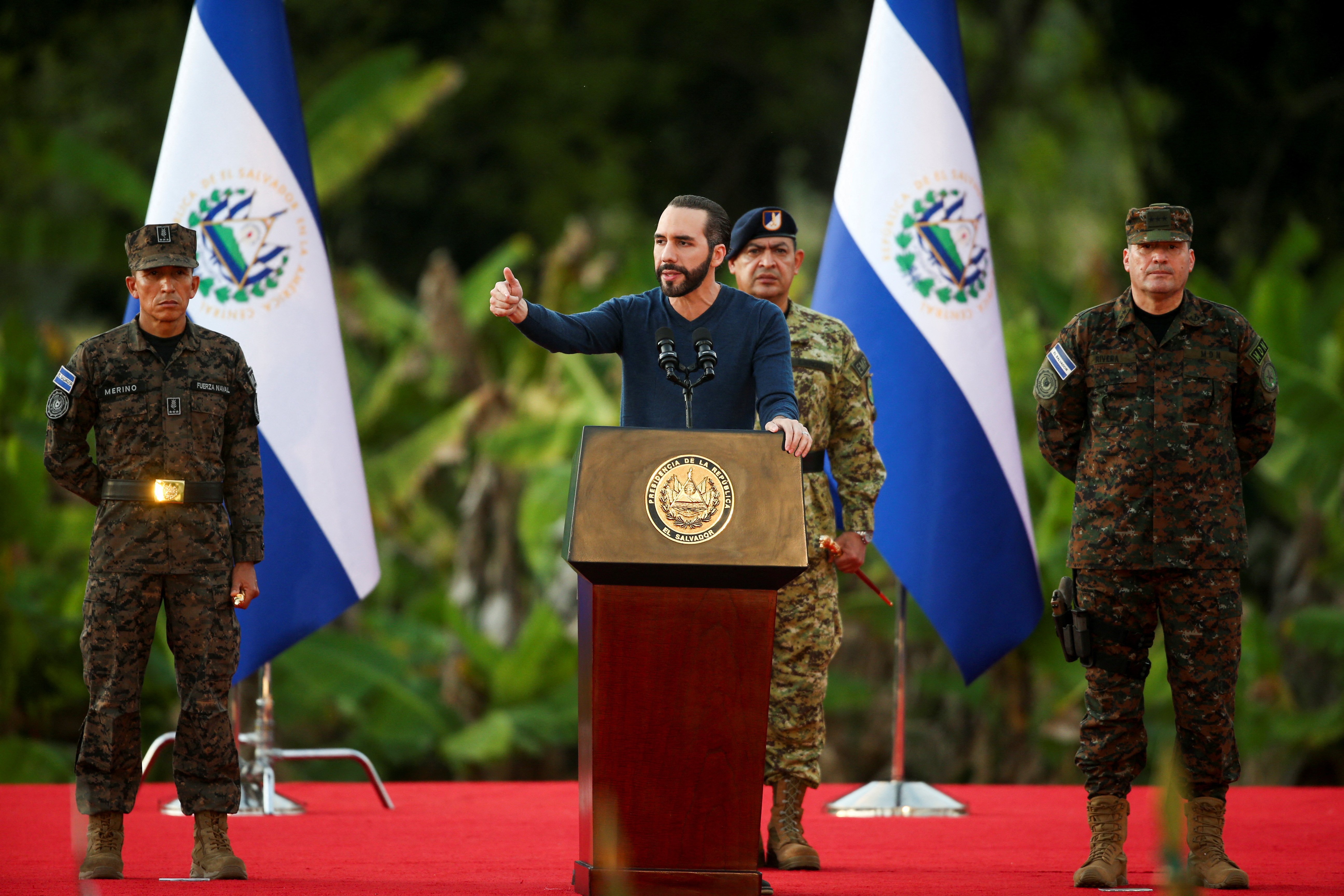 Salvadoran President Nayib Bukele promised on Wednesday to tighten security around major cities, the latest escalation of an eight-month-old war against gang violence which human rights groups say is marred by unjustified detentions.

Since March, Bukele has ordered the arrest of more than 50,000 suspected gang members, whom he calls terrorists, while denying basic process rights to those caught up in the dragnet.

The crackdown is one of his signature policies and is aimed at reducing the Central American country’s homicide rate to less than two per day.

Speaking at a graduation ceremony for military officers, Bukele said he would add more than 200 police officers to the 20,000 soldiers already patrolling cities with the remit to take on gang members.

The aim was to “surround large cities and extract the terrorists who are hiding within the communities, without giving them the slightest possibility of escape”, he said.

The latest escalation follows congressional backing for a so-called state of exception, first approved in March, which imposes strict limits on freedom of association, the right to a legal defense, and restrictions on telecommunications.

According to government data, the crackdown has dramatically reduced killings attributed to gangs, with more than 200 days free of gang-linked deaths so far this year.

Human rights have blasted the policy, saying many people arrested have no prior criminal history.