Is this the graffiti  artist and musician LabRat?

The Fallen or False Prophets and their hunters, by the designs of gods or mortals.
Is this the same person? They do look alike.

Baso Fibonacci, a Seattle artist, began writing around this time. “I loved graffiti from the moment I saw it,” he says. “The combination of artistic creativity and anti-establishment statement appealed to me.” Baso, now in his 30s, wrote all over the city and honed his painting skills, before an accident in the mid 2000s changed his life forever. He was writing a tag on a bridge in the city when he lost his footing and fell. He is now paralyzed from the waist down. But his artistic endeavors — and his love for graffiti — have continued unabated. Even as the city has moved to crack down on the illegal practice even further.

Well-known artist and muralist Baso Fibonacci honed his skills as a graffiti artist. He was paralyzed from the waist down after falling from a bridge while painting, but still advocates for graffiti. Eric Brandt
In 2010 the City Council voted to create a full time graffiti detective position within the Seattle Police Department. In 2011, Detective Christopher Young, a former sexual assault and child abuse detective with the department (and detective of the year in 2007) took the job. Since then he’s tracked many of the most notorious graffiti writers in the area and made a number of key arrests and convictions.
“The majority of graffiti vandals are not artists,” says Young. “The vast majority of them aren’t concerned about art in the least. They’re online on forums sharing pictures of tags and having a competition with their buddies as to who can ‘get up’ (get their name up throughout the city) the most. Today’s graffiti is done mostly by white males, their average age is about 22, and they’re doing it for a rush, for some excitement, and for their own self aggrandizement. Not for art.”
Young says he fields about 800 reports of illegal graffiti a year, a number that has stayed fairly consistent since he first began investigating the practice. “I pretty much concentrate on the 10 or 12 most egregious vandals,” he says. “I catch them in the act or find out who they are and then I convince them to stop or leave the city.”

Lab Rat, see the light at the end of this tunnel! Abandon your Tunnel Vision for the Modern Prophecies of The American Graffiti Art, now fetching millions at auctions…

Aind zis iz zi “writing on the wall”, by LabRat: 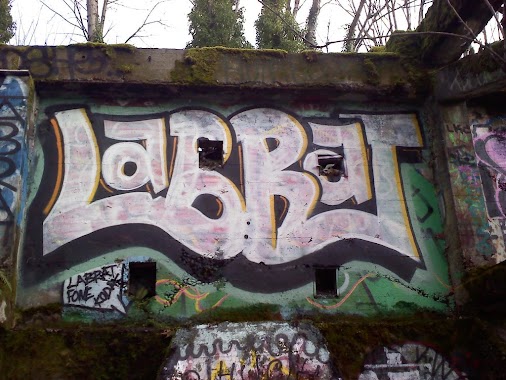 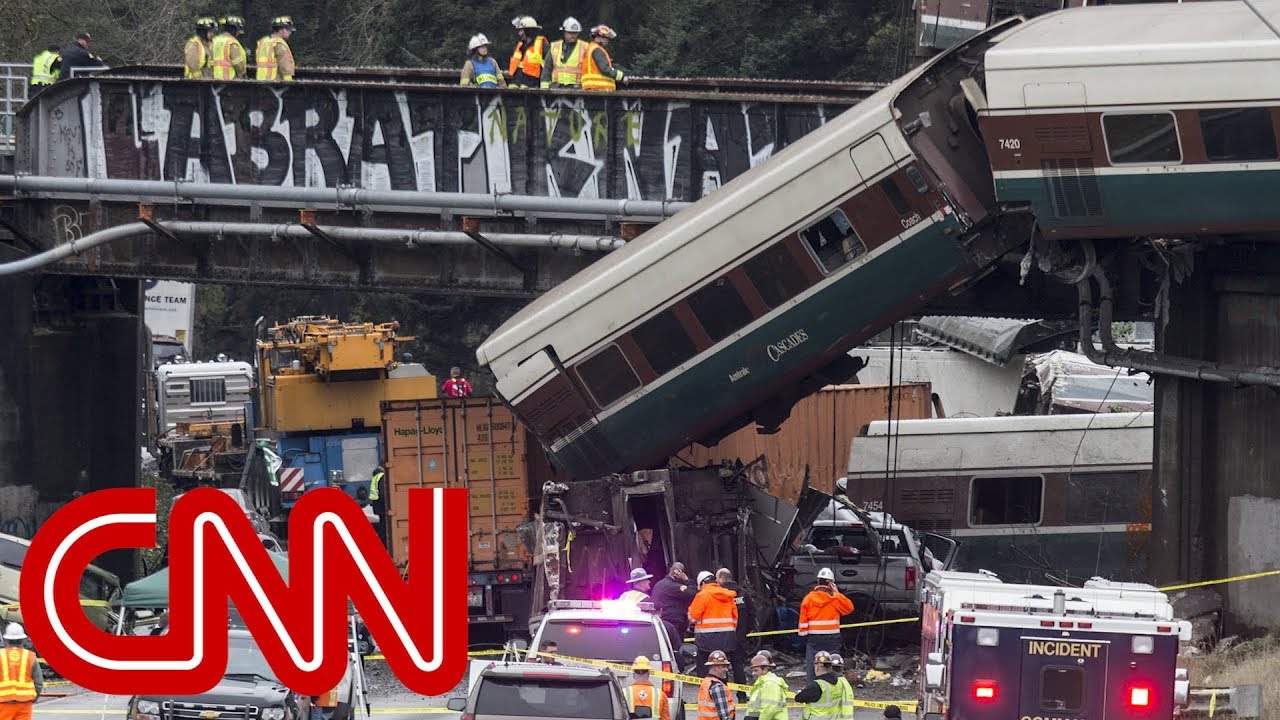 “A data recorder on the train, carrying 77 passengers and seven crew members, indicated that it was racing at 80 miles per hour into a curve that is limited to 30 miles per hour, the safety board said. Excessive speed appeared to be the immediate cause of the crash, but

the reason for that speed remained unknown.”

“The writing on the wall” is an idiomatic expression that suggests a portent of doom or misfortune, based on the story of Belshazzar’s feast in the book of Daniel. | Writing on the wall bible – GS 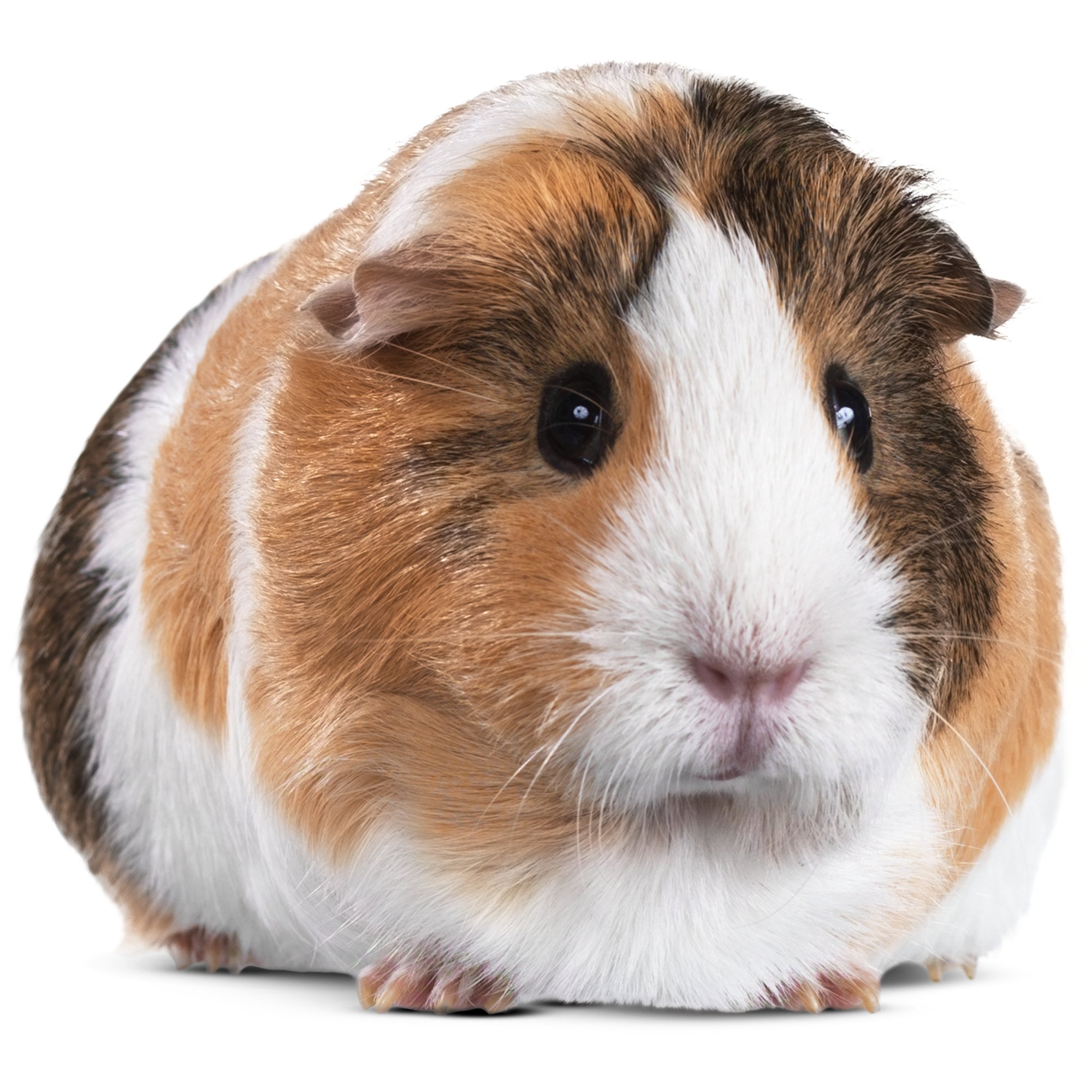 Did we become just the “lab rats – k(g)nats”, a massive supply of the human Guinea pigs, bred as the unwitting subjects for the various experiments, on and off-line, of the various foreign intelligence services, with the GRU (Russian Military Intelligence) as the prime suspect among them, and several other candidates in tow, which prefer to pose smartly as “terrorists” for their covers? 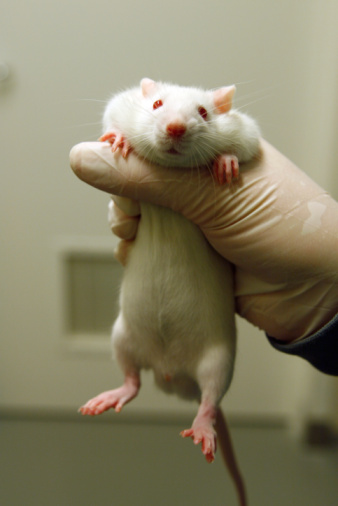 The FBI should be held in the Hand of the U.S. Government (as an Institution) and the U.S. Congress just like this lab rat, and not vice versa.

Does the FBI see the big picture or do they prefer to stay blind because it is more convenient and easier for them?  I think that the answer, apparently intended in this “accident”, could not be more of a direct hit. It is also directed at the FBI itself, calling them the “Lab Rats”, incapable of conducting the real, in-depth investigations and uncovering the truth, and incapable of solving the real problems. 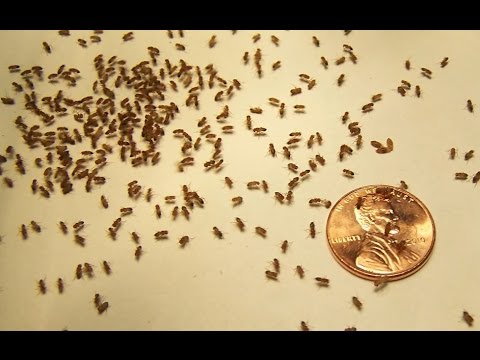 And a lot of them. And they all want to have a “good life”. Don’t they live in the “real” America, after all? Trump Jr. will tell you more on this subject. And that little shiny penny in the corner looked at first like a little Noble Prize Medal, for the studies of the Human Genetics or Intelligence, for example. Intelligence as Services, and also as the regular human cognitive trait, measured by IQs, rightly or wrongly. Or the plain lack of it (the intelligence, both as the services and trait) in the FBI, for example. I pick on them so much because they love me so much. Very reciprocal, even if unrequited. Anyway, regardless of all these sentiments, the gnats and their predicaments do require the proper attention, even from the absent-minded FBI, and especially the human knats, and their predicaments.
M.N. – 7:45 AM 12/21/2017

God writes on the wall His judgement of King …
The king shouted for the enchanters, astrologers, and fortune-tellers to be brought
mene mene tekel upharsin meaning
the writing on the wall, interpreted by Daniel to mean that God had weighed Belshazzar and his kingdom, had found them wanting, and would destroy them: Dan. 5:25. Word origin of ‘mene, mene, tekel, upharsin‘ Aram, prob. lit., 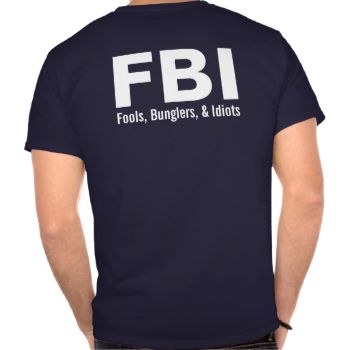 The American KGB and

Joker’s Song by Miracle Of Sound 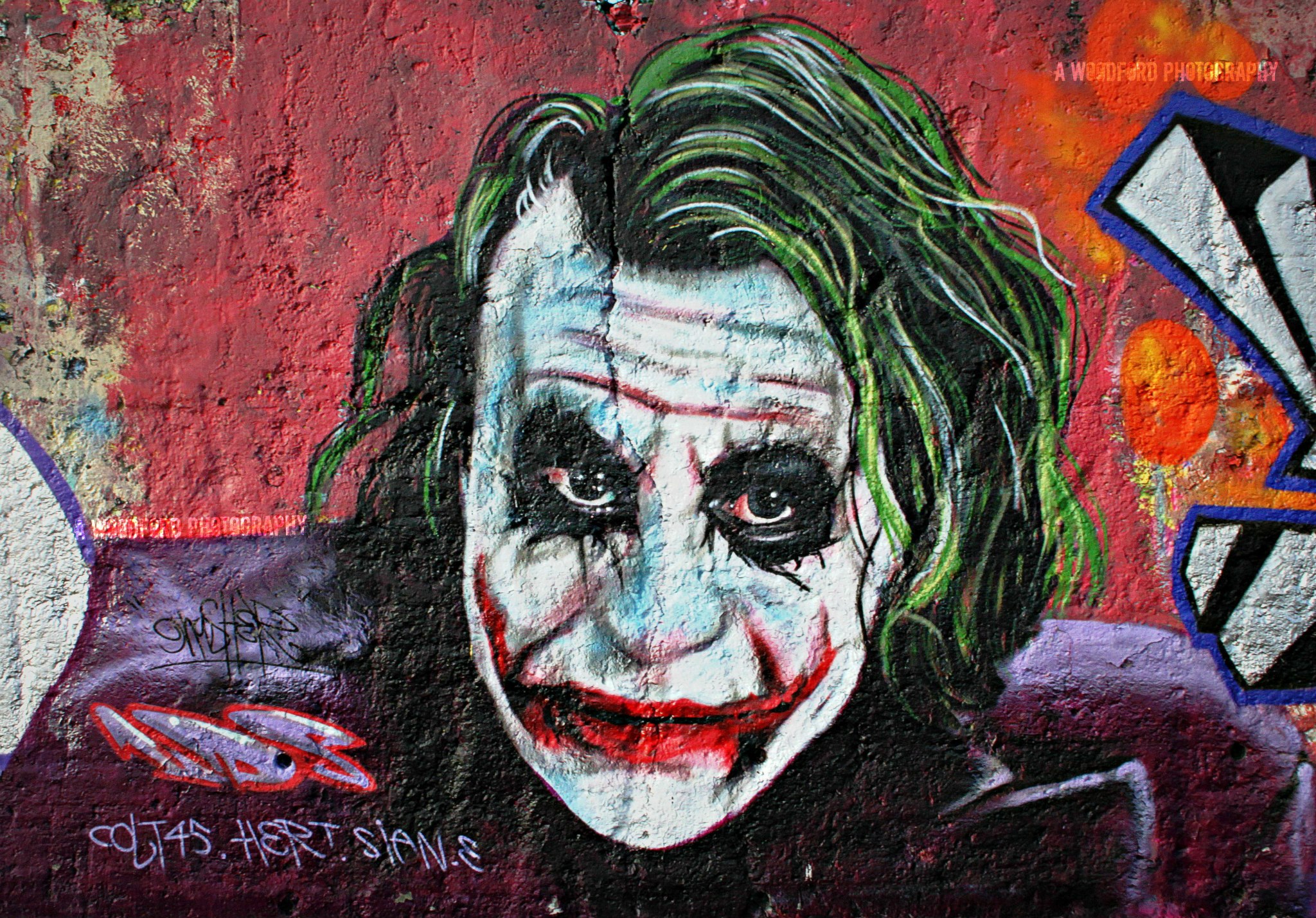 “LABRAT KNATS!” And Other Nuts!

Is this The Message on The (Social) Walls?

Amtrak Inquiry Will Focus on Driver Distraction and Excessive Speed 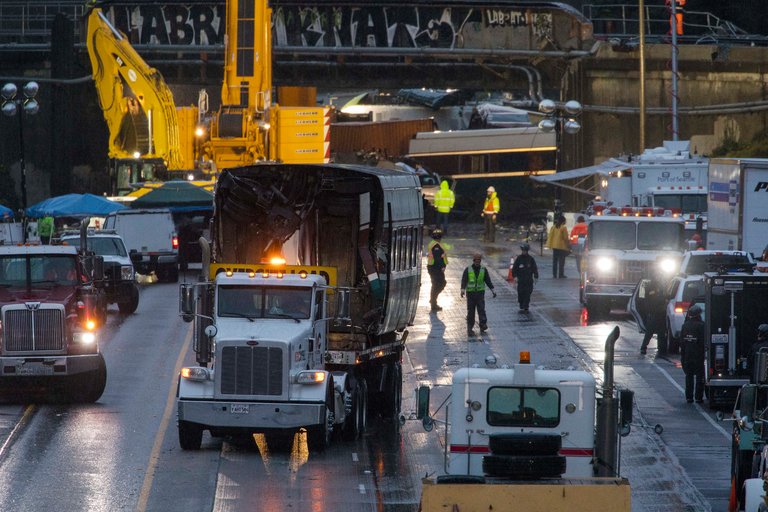 Amtrak Inquiry Will Focus on Driver Distraction and Excessive Speed

Is this the answer that we heard?- M.N. 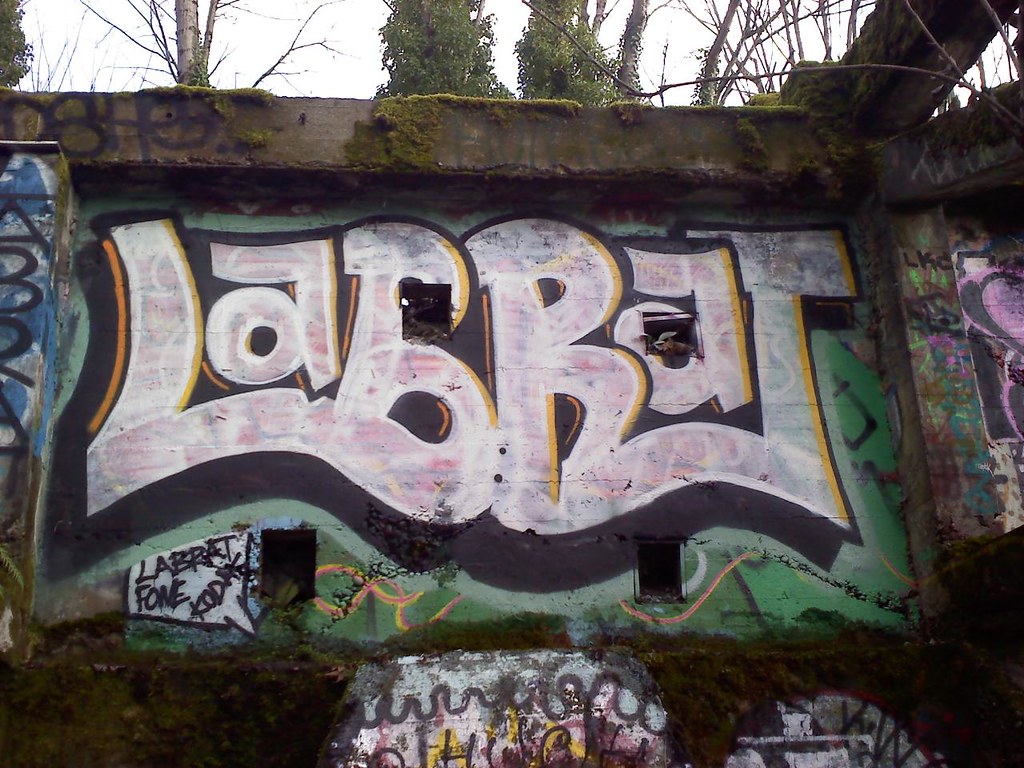 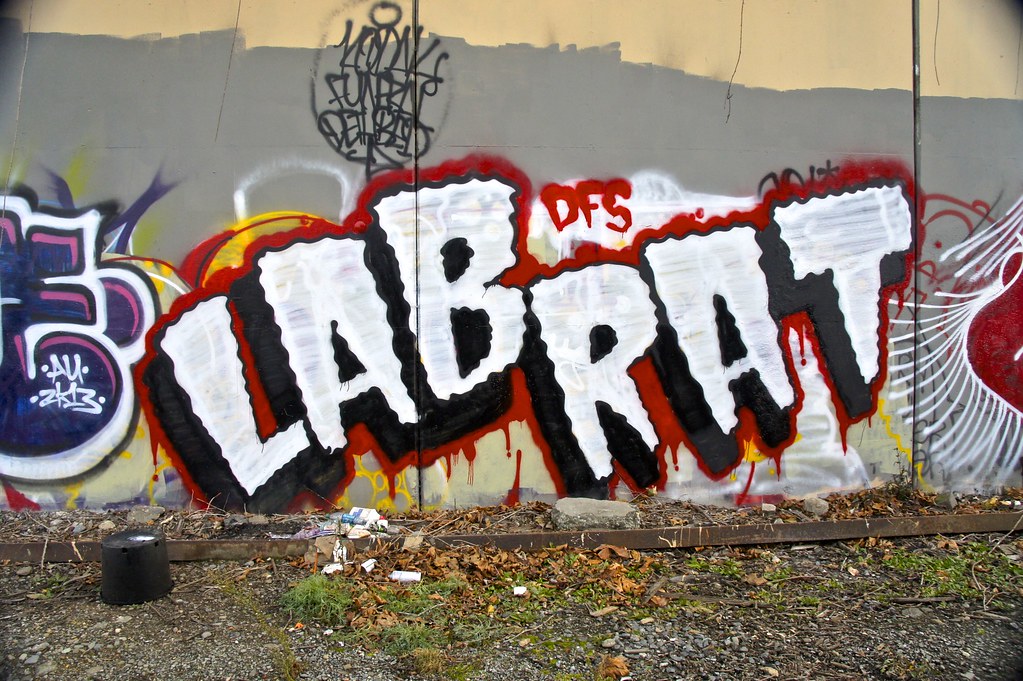 Disney unveiled the latest addition to its animatronic Hall of Presidents: a moving, talking rendition of Donald Trump.

The anti-fascism movement, “antifa,” which is more of a protesting tactic than a formal group, has been the subject of blame in a growing number of bizarre—and false—conspiracy theories floated by right-wing pundits in recent months.
Take the mass shooting in Las Vegas that claimed scores of lives: Antifa was not involved, despite a theory otherwise. Then, antifa was blamed for a fake civil war plot. It never happened because such a thing was never planned. Antifa was also blamed for a mass shooting in a Texas church. Again, the shooting had nothing to do with anti-fascism, or with left-wing protesters in general.
On Monday, some of the usual conspiracy theory suspects—conservative media personality Mike Cernovich, President Donald Trump mega-fan Jack Posobiec, the far-right website Gateway Pundit andAlex Jones’s InfoWars—all brought up antifa in the context of a fatal train derailment in Washington state, and they did so before investigators had even announced any formal explanation for the crash.
Keep up with this story and more by subscribing now
What we know about the derailment is that more than a dozen cars of an Amtrak train jumped the tracks, injuring scores of people and killing an unknown number of others near Dupont, an area south of Tacoma, Washington. What we don’t know is what caused the accident, though right-wing pundits were pushing out insinuations before a death toll could be established.
Cernovich, who has pushed several other conspiracies tied to antifa, observed to his fans that “ANTIFA has a long and verifiable track record of obstructing train tracks, committing violence.” His friend Posobiec, who on Twitter doxed one of the women who accused Alabama Senate candidate Roy Moore of sexual misconduct this November, leaking her work address and a recent photo to his followers, used the forum to tie antifa to the deadly derailment. “Antifa has targeted trains for weeks very near where the Amtrak derailment tragedy took place today,” Posobiec mused. Gateway Pundit pushed the theory as well, falsely accusing It’s Going Down, a well-trafficked antifascist website, of covering up its associations with the derailment. PJ Media, another right-wing site, picked up on the conspiracy, as did Jones.
The scene of a portion of the Interstate 5 highway after an Amtrak high-speed train derailed from an overpass early on December 18, near the city of Tacoma, Washington. KATHRYN ELSESSER/AFP/Getty Images
“FLASHBACK: ANTIFA ADMITS TRAIN TRACK SABOTAGE NEAR TACOMA TO ‘STOP FRACKING,’” a headline on InfoWars read. “Antifa behind Tacoma train wreck?”
The basis of the conspiracy appears to be a post published on a website called Puget Sound Anarchists that was rerun on a number of left-leaning sites and activist blogs earlier this year.
“Early in the morning of April 20th we poured concrete on the train tracks that lead out of the Port of Olympia to block any trains from using the tracks,” the April 21 post read, adding that the group notified the train company of its actions. “We did this not to avoid damaging a train, nothing would bring bigger grins to our faces, but to avoid the risk of injuring railway workers.”
Blocking trains that carry fracking equipment and other materials related to the production of fossil fuels has long been a tactic of environmental protesters. In May 2016, for example, 52 activists were cited for trespassing in Washington State after blocking a train that was headed to two refineries. That protest was part of the so-called Break Free protests, urging people to disengage with fossil fuels due to issues related to man-made climate change.
People on the right became familiar with the April post on Puget Sound Anarchists because it ran concurrently on the website It’s Going Down, which has gained a wide reach by reporting on alleged fascism and left-wing activism from an anti-fascist perspective following Trump’s election. After right-wing provocateurs seized on the post as something meant to incite violence (the post goes out of its way to discourage violence), It’s Going Down denounced the accusations to Newsweek and said it removed the post from its website—months before Monday’s train derailment.
Newsweek asked Cernovich why he felt it was important to talk about “antifa” in the context of this train incident. He wrote in response that “ANTIFA groups shouldn’t pour concrete on train tracks”; however there is no proof they did. He said that the derailment could be an accident, poor infrastructure, “antifa” or “ISIS.” (The Islamic State militant group has also been blamed for the accident on the imageboard site 8chan, and other sites that traffic in conspiracy theories.) Trump himself cited poor infrastructure as a national issue in the aftermath of the derailment, and declined to name any other potential causes.
Anti-fascist activists have expressed frustration to Newsweek over having to repeatedly push back against a wave of what they call baseless conspiracy theories attached to their protests this year. They argue that the conspiracies are being spun deliberately and in bad faith. One compared the trend to the demonization of environmentalists and Black Lives Matter activists.