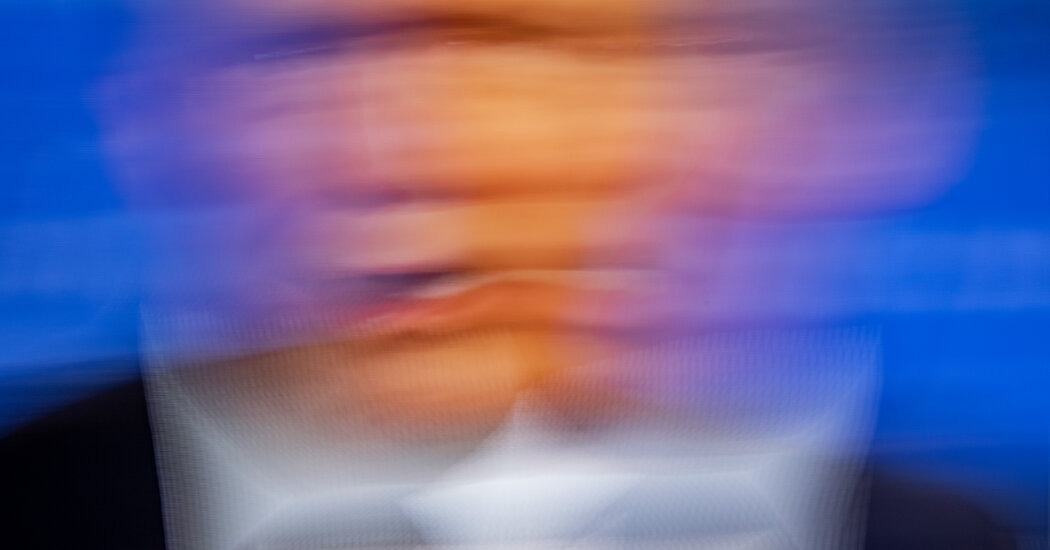 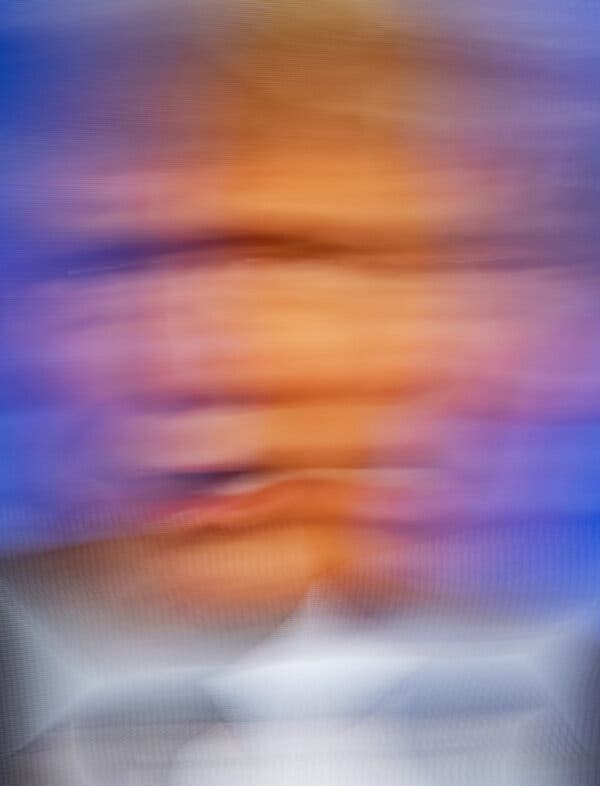 Mr. Wolff is the author of three books about Donald Trump.

In August 2020, the Trump campaign found itself with a staggering $200 million budget shortfall. In September 2020, Brad Parscale, a senior adviser who had until recently served as campaign manager, had a public breakdown on the street in front of his house in Florida, and the police were called to restrain him. In the crucial last months of the race, campaign staff members kept Donald Trump away from their data guru, Matt Oczkowski, whom Mr. Trump found weird and boring. And by the final weeks of the campaign, the incumbent president was being outspent by as much as three to one — an unprecedented mismatch in the history of modern presidential races.

In the opinion of the many Trump insiders with whom I have spoken, including nearly all the top members of his campaign and West Wing staff, those few months laid bare the chaos at the heart of Trumpian politics, exposing Mr. Trump for what he is: not a model chief executive but an inattentive, lazy, incompetent manager whose defiance of convention and hot mess of a personality were saddling his campaign with a heavy disadvantage. The government can continue to function if a president isn’t on top of the details, but a presidential campaign is in trouble when a candidate can’t be bothered with the game plan and is dismissive of the people trying to stick to it. And while Mr. Trump won his first campaign and lost the second by only a relatively slim margin in just a few key states, that was in spite of the calamity that surrounded him.

The path to his 2024 declaration has been a characteristic prelude to the burden he imposes on a campaign. His close circle first believed he had signed off on plans for an announcement in early summer, which was seen as the best opportunity to frame the investigations proceeding against him as inherently political, stop the advancing prospects of Gov. Ron DeSantis and seek an early consolidation of the Republican Party behind Mr. Trump. But that time passed without any action or explanation from the prospective candidate. New dates were rumored to be set, and missed, throughout the summer and early fall, first, according to one aide, to distract from the Mar-a-Lago documents search and then to position him to claim as his own the red wave he believed was coming.

At the same time, though, there was never any doubt that he would run. “He would put his head down and die if another Republican became the king,” the aide told me. In long rambling calls and meetings with aides and friends, Mr. Trump never considered a different avenue for himself. At the same time, he made little effort to assemble a team and organization. His most reliable political handlers — among them Jared Kushner, Stephen Miller, Jason Miller and Kayleigh McEnany — were pursuing their own interests. Even Donald Trump Jr. was staying mostly on the sidelines. No new team had clearly emerged. Boris Epshteyn, a persistent Trump hanger-on who never quite made it into the White House and who became involved in Rudy Giuliani’s ludicrous legal efforts to overturn the 2020 election, is one of the few people now front and center in the incipient campaign — a portent of the kind of talent that might fill the West Wing in a Trump restoration.

While few other politicians might contemplate a presidential run without a ready and serious brain trust, staffing for Mr. Trump is only ever a remote concern: He has always run things out of his own chaotic head.

Having written three books in less than four years about Mr. Trump, with near constant input from his closest aides and friends, as well as hours of rambling from him, I have come to two primary conclusions: that there is almost never any true plan, strategy or forethought in Trump world and that everyone around him lives in the prison of his monologues, which allow for no interruptions or reality checks and overrule any plans others have tried to make. His fixations, misunderstandings and contempt for better minds that might correct him reign.

The aide recently described the constant churning within Trump world, as grievances and resentments are rehashed and blame assigned, as the workings of Mr. Trump’s “blender brain.”

Chaos suits him, allowing him again and again to turn what ought to be humiliating and defeating disorder into potent conflict: If he can’t find a solution to a problem, he can almost always identify an enemy to blame it on. Trouble is, the problem remains.

The federal grand juries investigating him, plus the investigations in New York and Atlanta, are to him, and apparently to many of his followers, political prosecutions. Running for president becomes his main defense. But it doesn’t solve the problem that he has monthly multimillion-dollar legal bills, with lawyers on retainer, now being paid by the Republican National Committee and by his super PACs, which he seems to view as his $100 million personal piggy bank. Both sources of funds will dry up with his declaration — the R.N.C.’s support because it can’t show favoritism for one Republican candidate over another and the super PACs’ because they can’t coordinate with Mr. Trump now that he has officially entered the race. Without their support, Mr. Trump’s campaign could soon be in a serious, even mortal, financial hole.

Yes, he survived Impeachment 1 and Impeachment 2 and the Russia “hoax” and Trump University and Trump steaks and Trump women … but no one has ever run for president under criminal indictment, and many if not most Trump aides believe that at least one is coming. An indictment would surely help provide more of the Sturm und Drang that motivate him and his legions, but it would also impose, over the coming two years of the campaign, an almost unimaginable burden in cost, time, human resources and attention from an uncooperative man. And, of course, he could well be convicted.

Joe Biden will turn 80 this month, clearly frail and with obvious mental lapses. This is, admittedly, a weak hand. But the Democrats yet have a critical advantage: the professionalism needed to administer a modern presidential campaign, which is one of the most intensive management efforts imaginable, a complicated, data-driven enterprise that involves not only raising $1 billion at the drop of a hat but also spending it wisely within months.

The Republicans may find themselves stuck with a candidate who makes numbers what he wants them to be, puts family above professionals and has no doubt that his own advice is better than everyone else’s. Arguably, Mr. Trump won in 2016 only because, three months before the election, Steve Bannon stepped in with a Hail Mary strategy of concentrating on the normally Democratic states of Wisconsin, Michigan and Pennsylvania while sidelining Mr. Trump with an amped-up schedule of the daily rallies he craved. Mr. Bannon later claimed credit for the victory, guaranteeing that Mr. Trump would never again give someone that opportunity, even if it meant defeat — hence the appointment in 2020 of Mr. Parscale, an inexperienced and apparently unstable campaign manager happy to be a toady to the president and his family.

In this petty vindictiveness lies the key point: Mr. Trump’s main goal isn’t victory. It’s holding the spotlight. His effort to upend the 2020 result was a colossal failure, but it succeeded in keeping him at center stage. Were he to become president again, we might see not a breaking of democracy, as liberals dread, but an ever more bizarre distraction from it.

Mr. Trump does not learn from his mistakes but rather comes to see them as virtues. Another Trump campaign will — like the two before it, as well as his White House term — lack the most basic management controls. This may well help empower him, allowing him to be the spectacle he believes, not unreasonably, his base wants him to be. But it does not help make wise spending decisions.

Democrats, in their inability to find a language to quiet or dismiss Mr. Trump, will continue to be his reliable dramatic foil. They will threaten, investigate and possibly indict him, to his immediate benefit, galvanizing his passionate base. The result will be another close election. The good news for Democrats — though those will confirm the resentments of the Trumpian base — is that a presidential election, along with the world itself, is financially, organizationally and data driven, demanding great expertise and keen attention. That’s not a reality that even the opera of a Trump campaign can change.