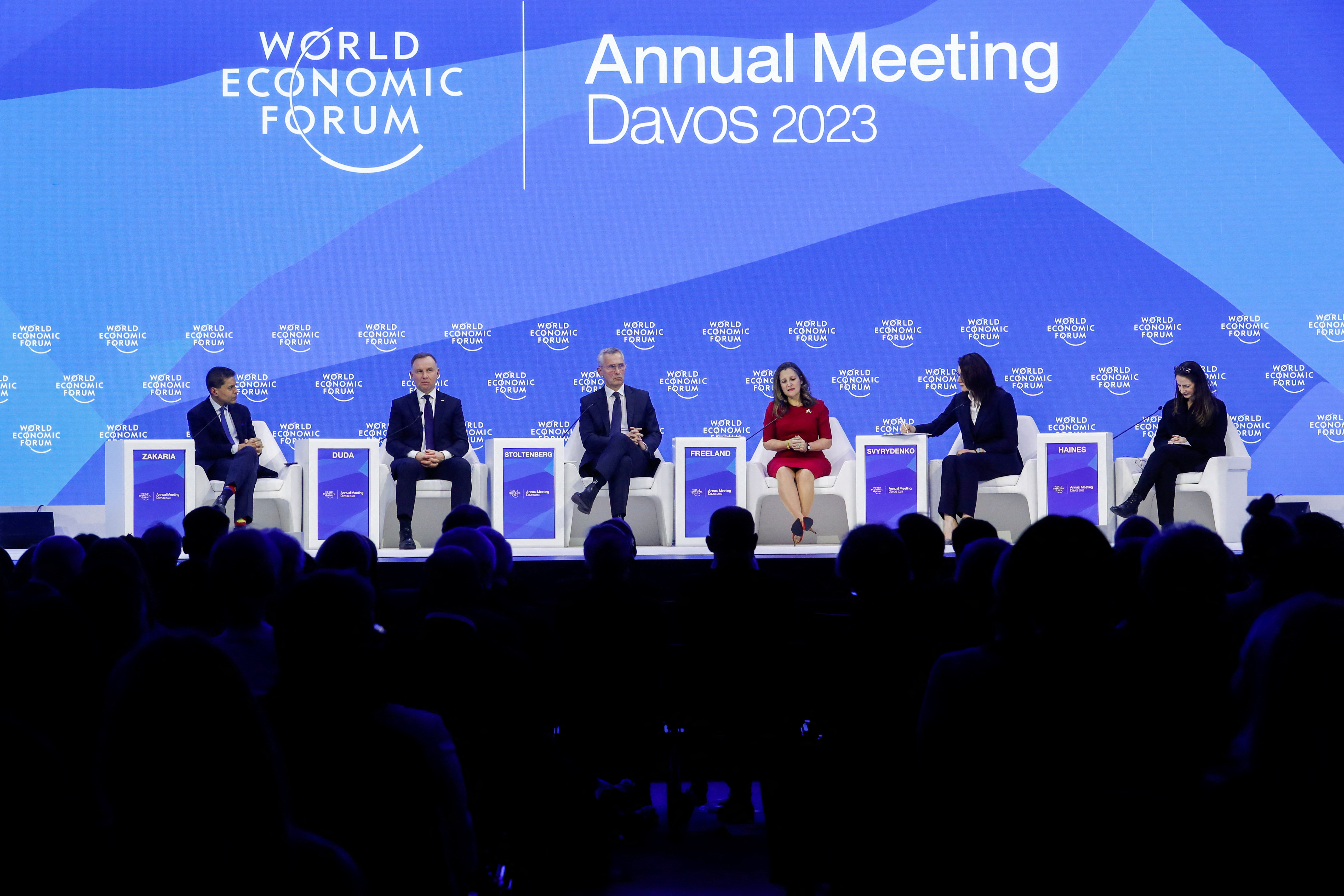 Climate change came to the fore at the World Economic Forum’s annual meeting, where U.N. Secretary-General Antonio Guterres called on business leaders to follow the principles outlined by an expert group to make credible net-zero pledges or risk greenwashing.

The United Nations and standard setter the International Organization for Standardization launched the guidelines in November to become a reference text and help organizations come up with solid plans, avoiding slogans, hype and obfuscation.

The other focus on Wednesday was Ukraine, with President Volodymyr Zelenskiy telling WEF delegates by video link that Western supplies of tanks and air defence units should come more quickly and be delivered faster than Russia was able to carry out its own attacks.

Zelenskiy was speaking before Western allies meet at the Ramstein air base in Germany on Friday with the focus on whether Berlin will allow its Leopard battle tanks to be supplied to Kyiv to help drive out Russian forces.

After China’s Vice-Premier Liu He on Tuesday welcomed foreign investment and declared his country open to the world after three years of pandemic isolation, the International Monetary Fund (IMF)’s Deputy Managing Director Gita Gopinath hailed it as a positive sign.

China could see a sharp recovery in economic growth from the second quarter onwards based on current infection trends after the dismantling of most COVID-19 restrictions, Gopinath said.

“Looking at the infection trends, and if those persist, we could see a very quick recovery starting from after the first quarter of this year,” she said of a current surge in infections seen as an “exit wave” linked to the economic reopening.

And coronavirus was also the focus for Moderna (MRNA.O) Chief Executive Stephane Bancel who said the U.S. company was in active discussions to supply COVID-19 vaccines to China, adding that talks with Beijing also covered the topic of factories, and other products including cancer treatments.