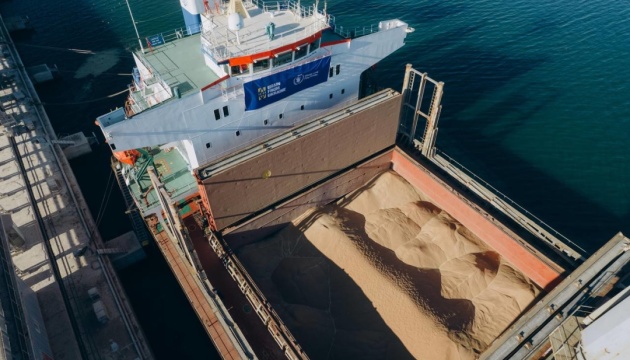 One more ship loaded with 30,000 tones of Ukrainian-created wheat for Ethiopia has still left the Odesa region’s Chornomorsk Port.

The relevant statement was manufactured by the Ukrainian Infrastructure Ministry on Telegram, an Ukrinform correspondent studies.

“The bulk provider AMIRA HANA will deliver 30,000 tonnes of wheat to the Port of Djibouti, from where by the Ukrainian grain will be transported to Ethiopia, whose people are suffering from starvation,” the report states.

According to the ministry, it is the fourth vessel to have remaining the Odesa region’s Chornomorsk Port as component of the Grain from Ukraine program.

A reminder that the Grain from Ukraine program was initiated by Ukrainian President Volodymyr Zelensky. It gives for the obtain of Ukrainian-produced grain by spouse states and its shipping and delivery to the international locations facing a humanitarian crisis. The Grain from Ukraine software is applied in partnership with the UN Environment Foodstuff Programme.