Dimension-hopping adventure “Everything Everywhere All at Once” topped the list of movies nominated on Tuesday for this year’s Oscars as Hollywood’s film academy chose several crowd-pleasing hits to compete for the best picture prize.

“Everything Everywhere,” a science-fiction flick about an exasperated Chinese immigrant trying to finish her taxes, landed 11 nominations, including best picture and four acting nods.

Other films vying for best picture at the Academy Awards include “Avatar: The Way of Water,” James Cameron’s sequel that currently ranks as the sixth-highest grossing movie of all time.

“Top Gun: Maverick” and “Elvis,” two of last summer’s biggest blockbusters, also made the cut alongside Steven Spielberg’s coming-of-age film “The Fabelmans” and dark comedy “The Banshees of Inisherin.”

“Tar,” “Triangle of Sadness,” “Women Talking” and a German remake of “All Quiet on the Western Front” rounded out the 10-picture list.

Winners of the industry’s highest honors will be unveiled at a March 12 ceremony hosted by comedian Jimmy Kimmel and aired live on Walt Disney Co’s (DIS.N) ABC network.

The Oscars and other entertainment awards shows have been struggling to attract TV viewers, particularly younger ones who spend time on TikTok and YouTube.

“When the movies are popular with the public, the public feels invested and tunes in to see who wins,” Feinberg said. “This is setting them up for success as much as anything could.”

Sixteen of the 20 people who clinched acting nods were first-time nominees.

They included Austin Butler for his portrayal of rock legend Elvis Presley, and Colin Farrell, who starred as an Irish farmer obsessed with restoring a friendship in “Banshees.” “Top Gun” star Tom Cruise did not make it into the field.

For best actress, Cate Blanchett, nominated for her portrayal of a manipulative orchestra conductor in “Tar,” will compete with “Everything Everywhere” star Michelle Yeoh and Michelle Williams of “The Fabelmans,” among others.

Winners will be voted on by the roughly 10,000 actors, producers, directors and film craftspeople who make up the Academy of Motion Picture Arts and Sciences.

The academy added more women and people of color to its ranks after the #OscarsSoWhite uproars of 2015 and 2016, and it increased membership from outside the United States.

This year, seven of the 20 acting nominees were people of color. They included “Everything Everywhere” stars Yeoh, Stephanie Hsu and Ke Huy Quan, a former child star considered a front-runner for best supporting actor.

“I cannot even begin to describe how incredible this feeling is to be recognized as an Oscar nominee! Never in my wildest dreams could I imagine this moment,” Quan said in a statement.

Smith, who starred in slavery drama “Emancipation,” was not nominated. He was been banned from attending the Oscars for 10 years after slapping Rock, but he remains eligible for nominations and awards. 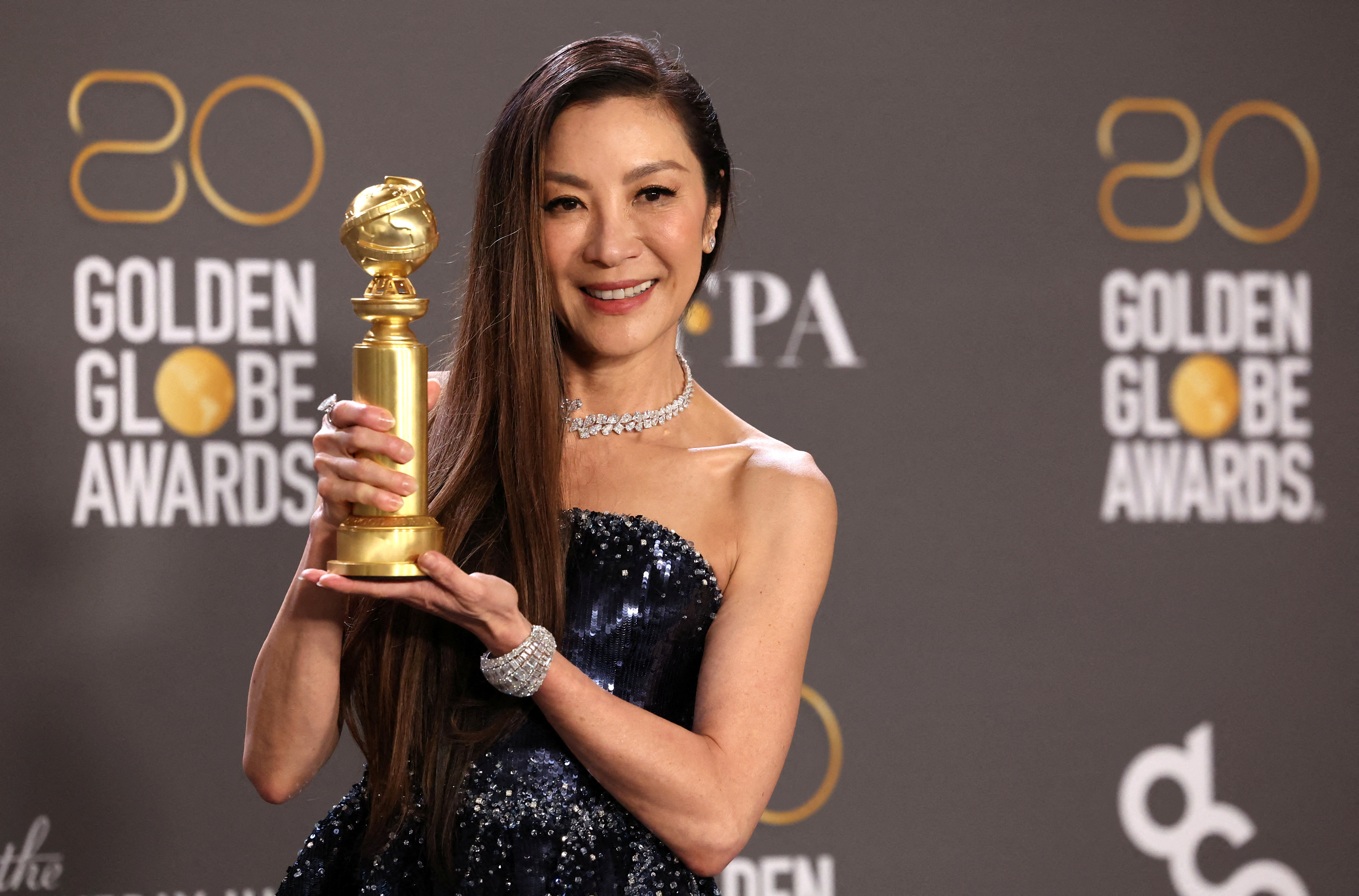 Michelle Yeoh poses with her award for Best Actress in a Musical or Comedy Motion Picture for “Everything Everywhere All at Once” at the 80th Annual Golden Globe Awards in Beverly Hills, California, U.S., January 10, 2023. REUTERS/Mario Anzuoni 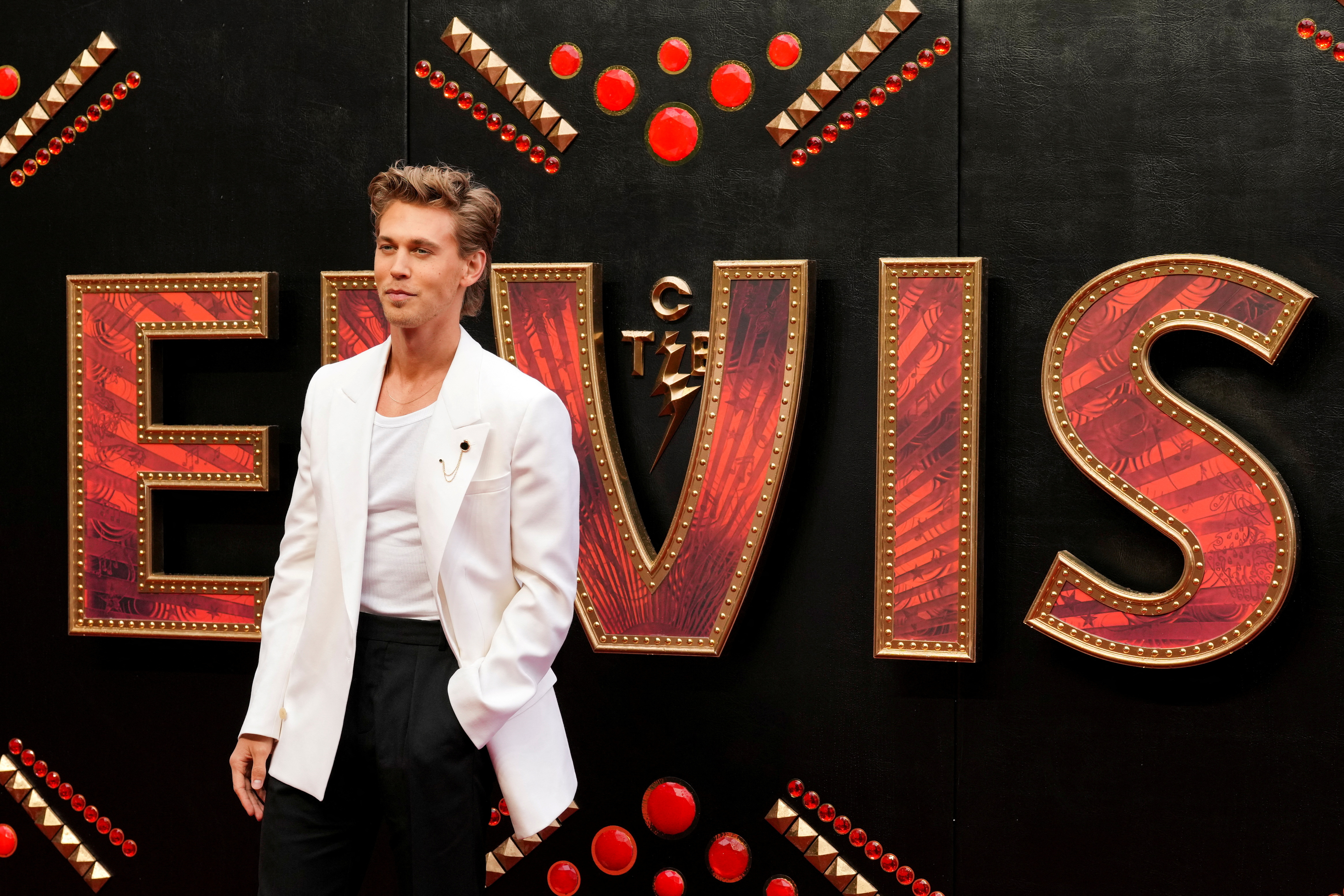 Cast member Austin Butler poses as he arrives at the London screening of ‘Elvis’ in London, Britain May 31, 2022. REUTERS/Maja Smiejkowska 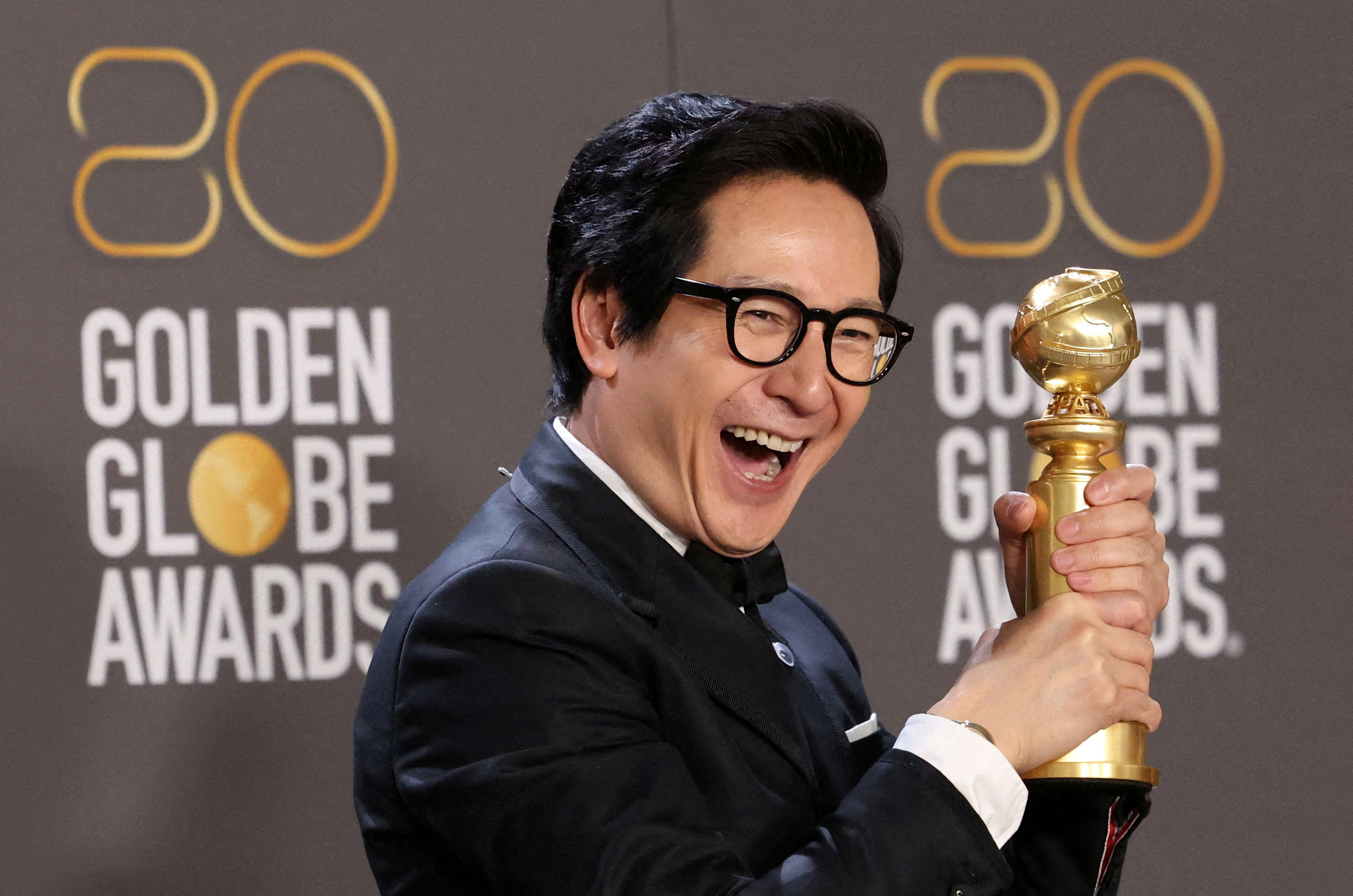 Ke Huy Quan poses with his award for Best Supporting Actor in a Motion Picture for “Everything Everywhere All at Once” at the 80th Annual Golden Globe Awards in Beverly Hills, California, U.S., January 10, 2023. REUTERS/Mario Anzuoni 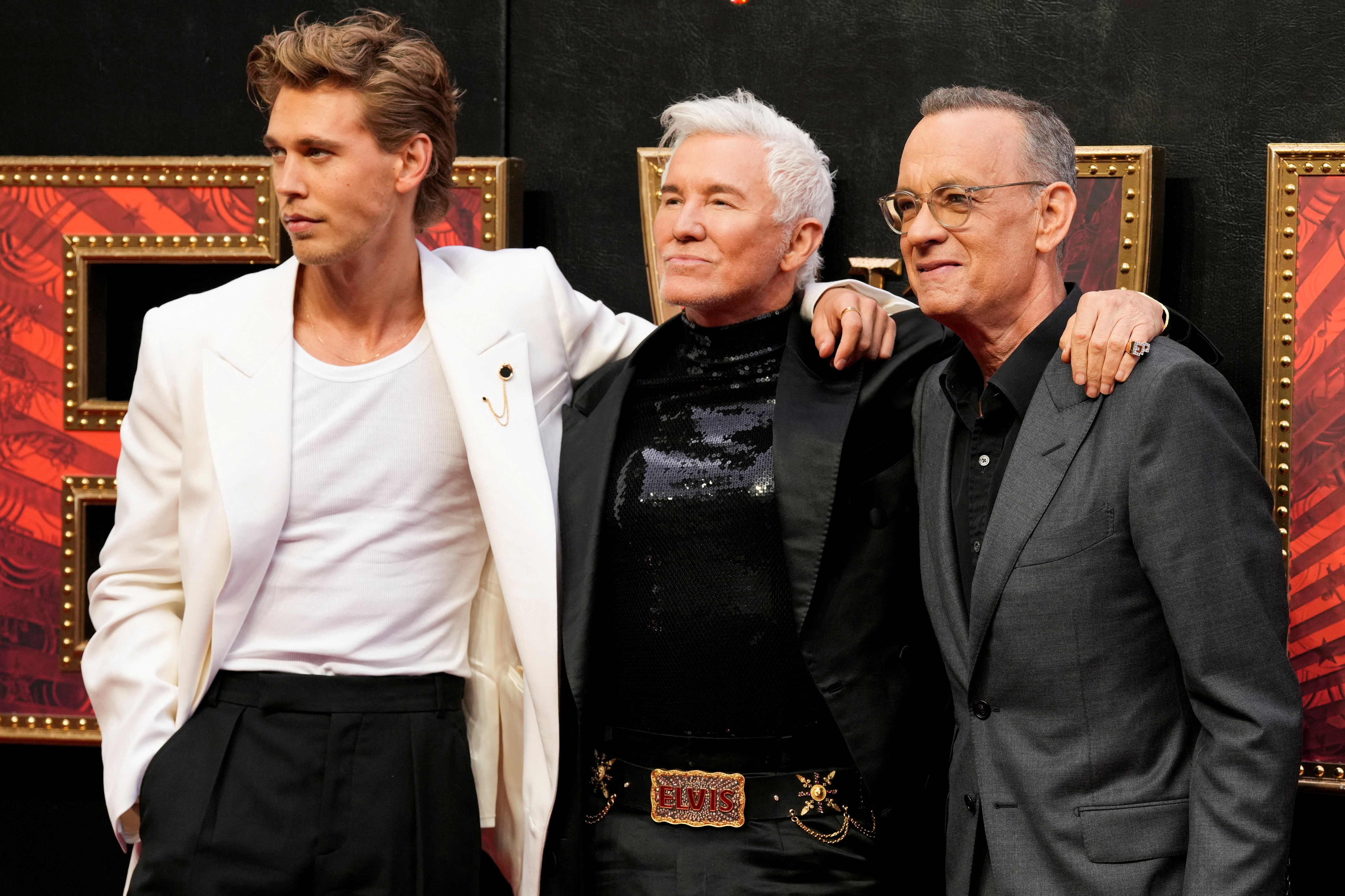 Director Baz Luhrmann poses with cast members Austin Butler and Tom Hanks as they arrive at the London screening of ‘Elvis’ in London, Britain May 31, 2022. REUTERS/Maja Smiejkowska 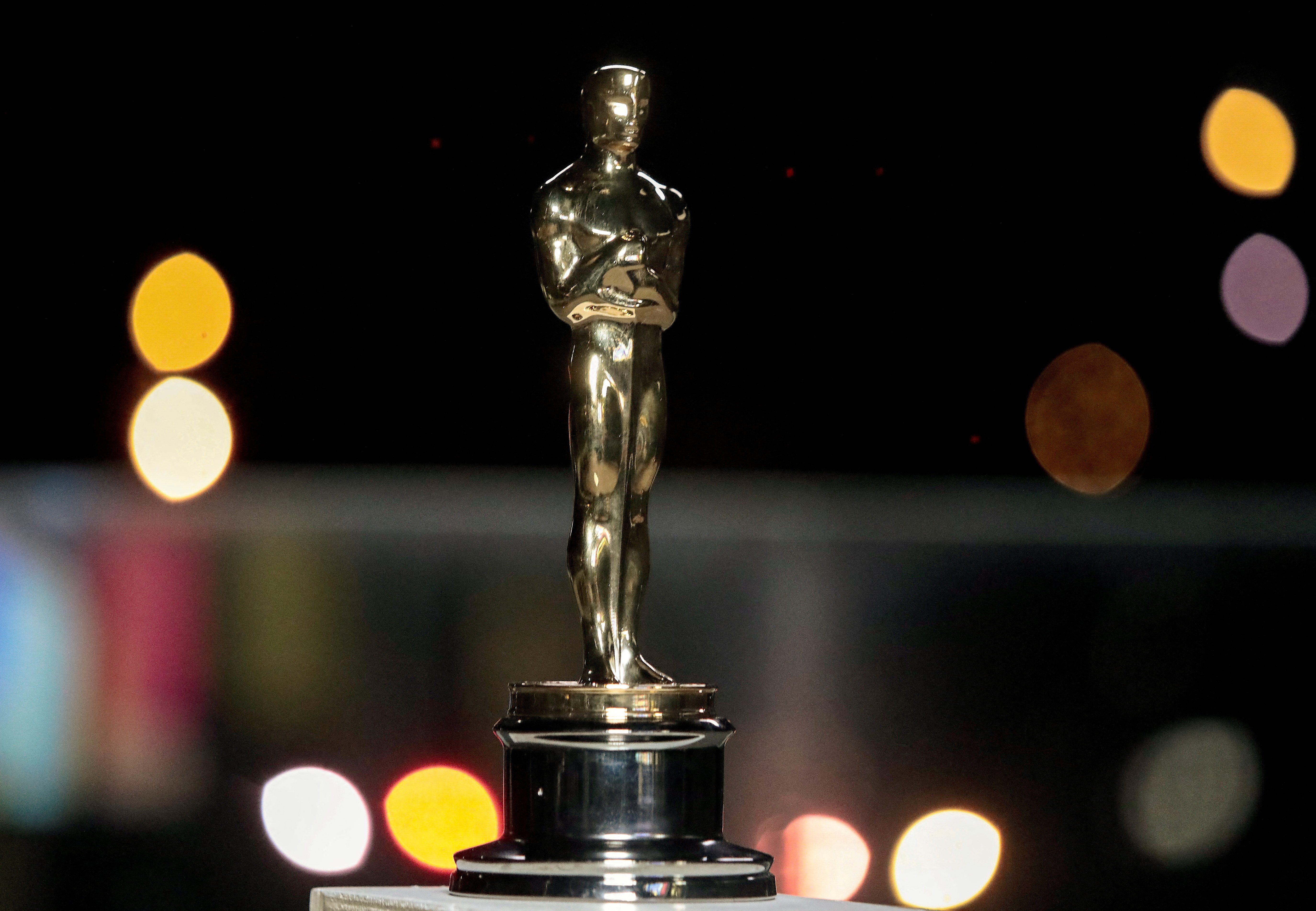 An Oscars statuette on display at a screening of the Oscars in Paris, France April 26, 2021. Lewis Joly/Pool via REUTERS