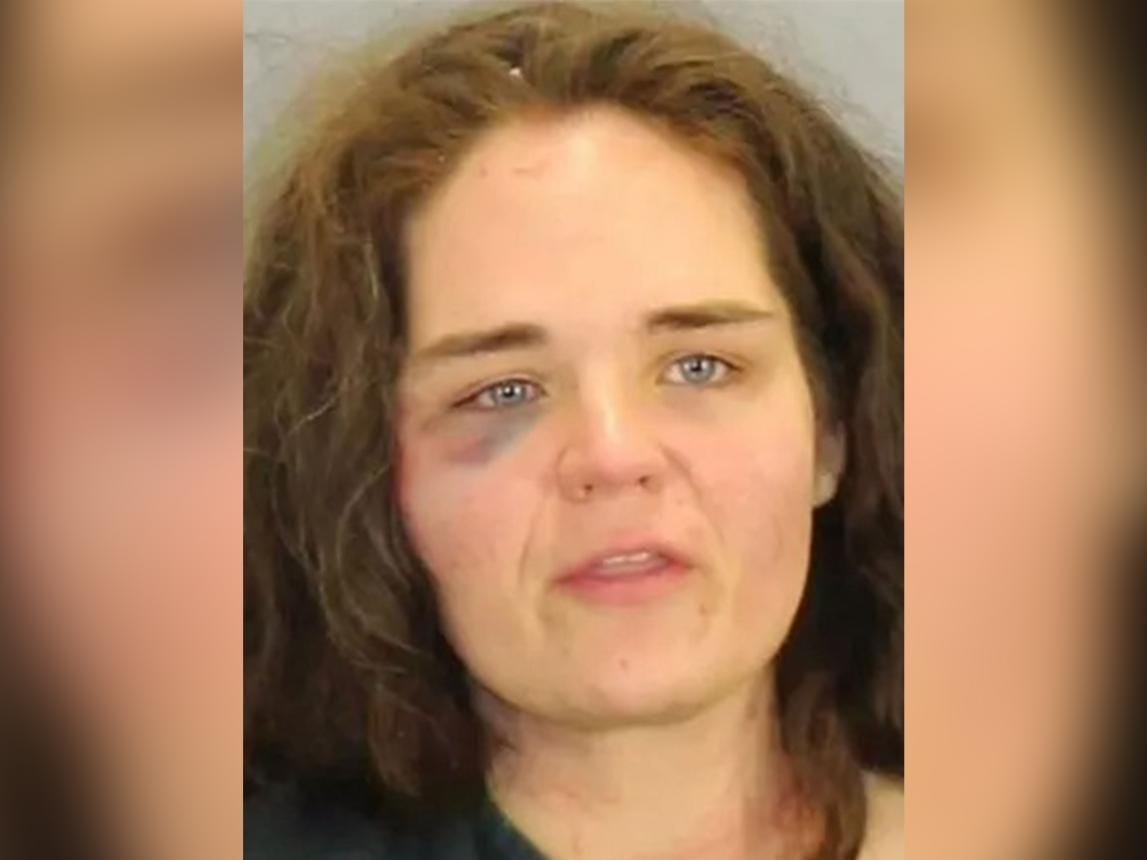 According to a news release from the Atlanta Police Department, Jennifer Holder sustained self-inflicted injuries while resisting officers.

A traveler was arrested at Atlanta’s Hartsfield-Jackson International Airport on Tuesday after police said she sprayed employees with a fire extinguisher.

Witnesses said the incident began when Holder allegedly dined and dashed on her bill from Buffalo Wild Wings, according to Inside Edition.

The Atlanta Police Department said in a news release officers responded to a report that a “suspicious female” was attempting to open secured doors inside the airport on Tuesday night.

At some point, Holder got her hands on a fire extinguisher and unleashed plumes of chemicals in the busy area, according to the report. The incident was caught on camera and shared widely on social media.

In the video, the woman can be seen arguing with airport staff and eventually spraying at least one of them directly in the face with the extinguisher.

“She’s a terrorist,” the cameraman shouted.

Police said they were able to apprehend the Ohioan despite her “combative” nature, according to the news release. She reportedly continued to exhibit erratic behavior in police custody.

“Officers relocated the arrestee, Ms. Holder to the precinct where she continued to behave erratically and combative, by spitting and kicking at officers,” officials wrote.

Holder was taken to Clayton County Jail and is currently being held on a $19,500 bond and will be required to pay $3,150 in additional fees, jail records show.

According to the National Capital Poison Control Center, fire extinguishers generally have “some risk for mild respiratory, skin, or eye irritation.” However, intentionally harmful use may intensify these symptoms and would require medical attention.

Three flight attendants were treated by emergency medical services after complaints or respiratory discomfort, and have all been cleared, per the news release.