OTD 1996, former NSA clerk Robert Lipka was arrested some 30 yrs after selling US secrets to the KGB via dead drops near the Potomac River. In 1993 @FBI launched a false flag operation against him, armed with info from his ex-wife & others. He was sentenced to 18 yrs in prison. pic.twitter.com/DLeEqBnOw0 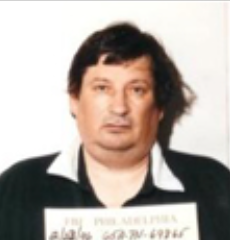