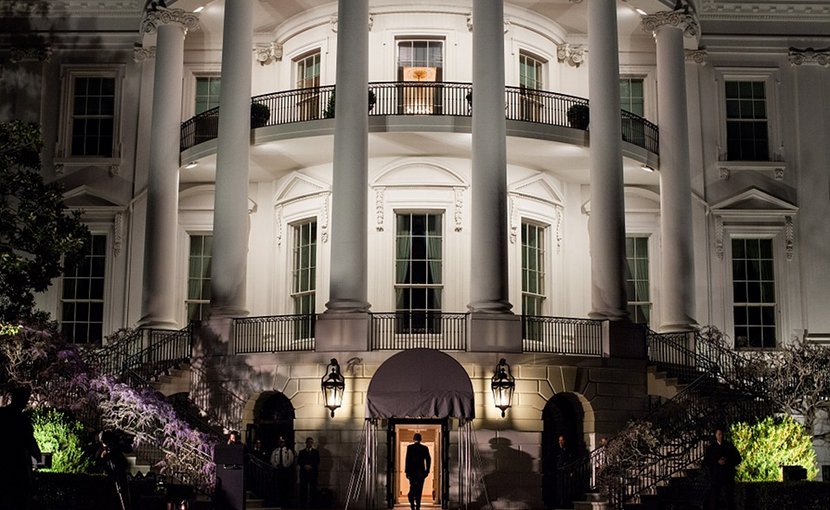 After the tight 2020 election, there’s only one way President-elect Joe Biden can win over both Americans and other nations. He has to deliver in multiple fronts, amid a divided nation and huge challenges.

“Trump has launched ill-advised trade wars, against the United States’ friends and foes alike, that are hurting the American middle class,” President-elect Joe Biden wrote when he set the tone of his 2020 campaign. The next US president will have to “take immediate steps to renew US democracy and alliances, protect the US economic future, and once more have America lead the world.”

Internationally, the hope is that Biden would restore US multilateralism, moderate trade conflicts, alleviate economic damage and push real struggle against the pandemic. Most immediately, Biden will seize a series of executive orders to reverse Trump’s policies and bring an end to “the era of demonization.”

The premise is that the new White House can avoid violence and legal roadblocks during the transition. The legal issues must be cleared by early December when the states must certify their results prior to the meeting of the Electoral College.

But when the Biden administration begins its work, it is expected to deliver. In a nation that’s highly polarized in terms of politics, economy, society, and attitudes toward the “forever wars,” that’s an overwhelming task. If, in addition to the House, Democrats can keep the control of the Senate, the task could be less challenging.

According to polls, every third American regards the coronavirus and health care the nation’s most immediate priority. That’s why, as the COVID-19 cases will exceed 10 million in America, President-elect Biden will launch his coronavirus task force.

Americans’ second priority is the economy. Following the 2020 election, the only real winner is campaign finance (in which Biden will seek to marginalize the role of big private money). Despite total campaign costs soaring to $14 billion, legislative ineffectiveness is likely to continue.

Soon political spotlight  will shift to Capitol Hill. Senators will return on November 9 and House members a week later for “lame duck” session of Congress. At the top of the agenda will be the third wave of the coronavirus in the US, still another round of coronavirus aid and the contested economic stimulus.

While both Democrats and Republicans agree on the need for a new fiscal package, there’s been great disagreement about the details. In spring, Democrats’ starting bid was $3.5 trillion, as against the Republicans’ $1 trillion. After months of wheeling and dealing, House Speaker Nancy Pelosi (D-Ca) has slimmed her bid to $2.2 trillion, while Treasury Secretary Steven Mnuchin has upped the White House’s offer to $1.9 trillion.

The $2+ trillion compromise will not appeal to the progressive left, which considers it too little too late, or the Republican’s ultra-conservative right, which regards it as too much too soon.

In the past, the Senate’s Republican majority has bitterly fought large stimulus packages. As that majority has diminished, Senate Majority Leader Mitch McConnell (R-KY), the pragmatic Washington insider, could prove more flexible.

Before the election, Congress could not pass a single one of the dozen appropriations bills. To avoid a government shutdown, Congress has approved a deal to finance government operations until December 11.

If Congress fails to find a deal by then, a government shutdown will loom after December 12.

Moreover, Capitol Hill is soon expected to witness a series of hearings focusing on financial regulators, particularly on the issue of lending to the ailing small-and-medium size entreprises (SMEs) amid the pandemic.

Furthermore, the CEOs of Facebook and Twitter are expected to testify before the Senate, which is likely to be a prelude to the big tech’s primetime in early 2021.

As a longer-term objective, Democrats support significant tax legislation, which further divided the divided Congress. With a narrow majority in the Senate, however, the new administration could test increases in the top individual tax rate, corporate tax rate, plus changes to the estate tax, the treatment of capital gains and so on.

But after four years of Trump excesses, economic erosion is the cold reality.

Despite four years of misguided tariff wars, the recovery of US exports proved very slow contracting by almost 15% still in August. US real GDP is likely to contract by 4% to 5% in 2020. As a net effect, the trade deficits that Trump pledged to eliminate soared to $80 billion in August.

US consumption-led recovery is leveraged to the hilt It relies far too much on costly fiscal stimuli that’s been necessitated by the failed response to the pandemic, and rapidly-rising debt, which both distort the real role of consumption.

As a share of GDP, US fiscal stimulus packages (13%+) are currently twice as large as those in China (7%). Thanks to Federal Reserve and overactive printing presses, ordinary Americans and foreign investors will end up having to pay much of the bill.

US national debt has soared to an $27.2 trillion, which puts US federal debt-to-GDP ratio at 128%. The ratio is at par with that of Italy amid its recent debt crisis. But unlike Italy, US is one of the world’s anchor economies.

What happens in America will not stay in America.

The Biden administration will seek to present a very different tone, rhetoric and multilateral stance. The substance is a different story.

Unlike the consensus Democrats, the party’s progressive left remains concerned for the “great horror show” looming ahead: the collusion between liberal interventionists and Republican neoconservatives (who voted Biden rather than Trump).

President-elect Biden wants to be the president of all Americans.” The real question is whether that’s something all Americans want and whether he can restore US credibility after four years of domestic and international disasters.

Based on Dr Steinbock’s global briefing on Nov 8, 2020